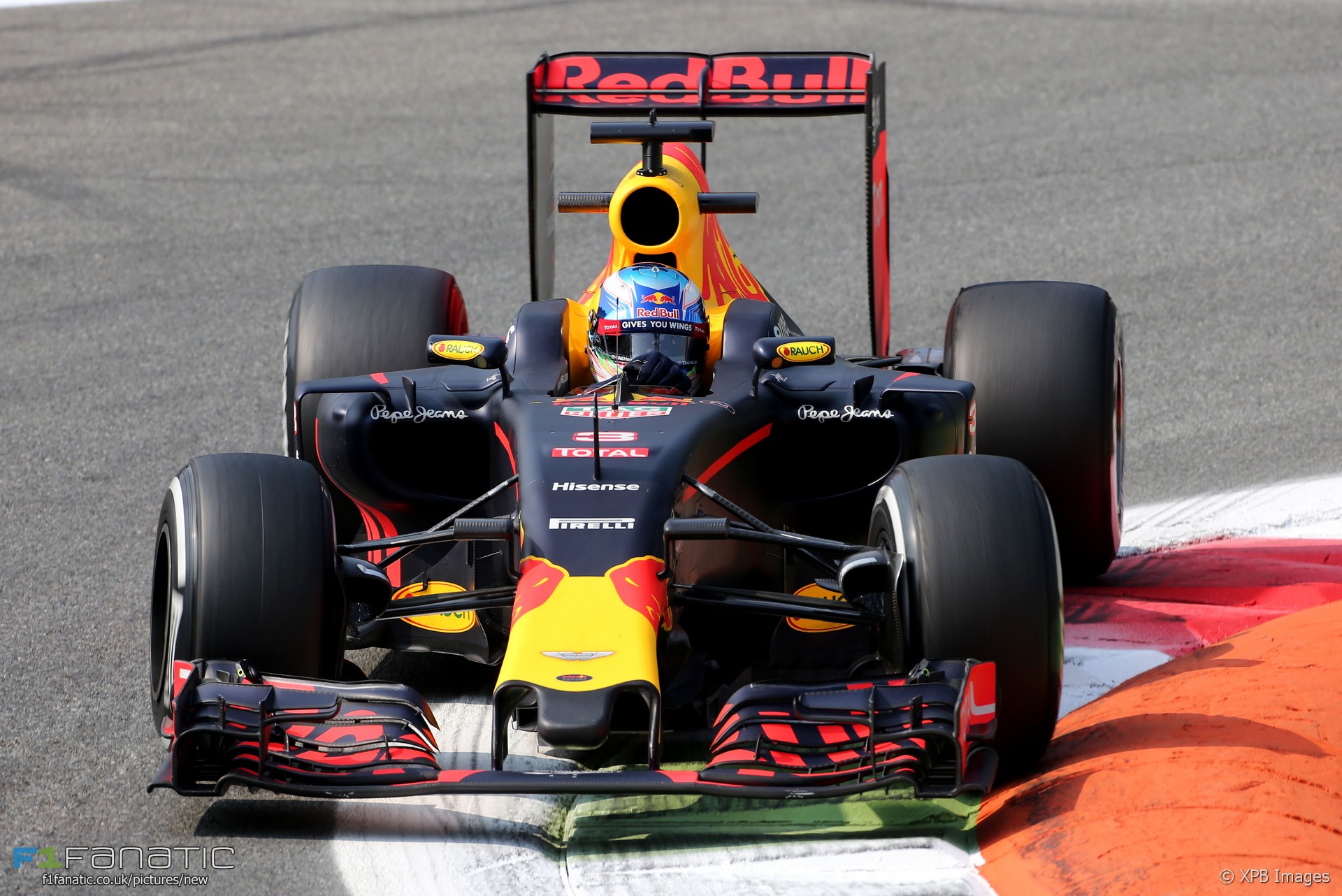 Daniel Ricciardo said he was “pretty pumped” after completing an unorthodox pass on Valtteri Bottas for fifth place in the Italian Grand Prix.

The Red Bull driver was celebrating in his cockpit after successfully lunging down the inside of the Williams driver at the Rettifilio chicane.

“I was behind Valtteri for a long part in the middle of the race and once you get close you start to damage your tyres a bit,” Ricciardo explained.

“They’re so quick on the straight. I never got as close as I had that lap. And even though it was far back I thought maybe this is as close as I’ll get. So have a go, why not?”

“I don’t want to leave Sunday night thinking ‘if only I’d tried this or that’ so I thought I’ll try. And he’s fair, I knew he wasn’t going to turn into me and cause an accident. And I could see he already covered a bit so I knew he was aware that I was close so I just thought ‘let’s go’. I think we didn’t touch, as far as I know it was clean. So good fun.”

Ricciardo was unable to continue his run of podium finishes at Monza but said the team couldn’t have finished any higher at the track.

“Especially the last few races, finishing on the podium, you obviously hope now for a podium every race,” he said.

“Realistically we knew Ferrari was going to come into here with an edge on us. We knew Williams, Force India would be strong s fifth was our objective and obviously I got that, just missed it yesterday, so I was obviously very determined to get it today.”