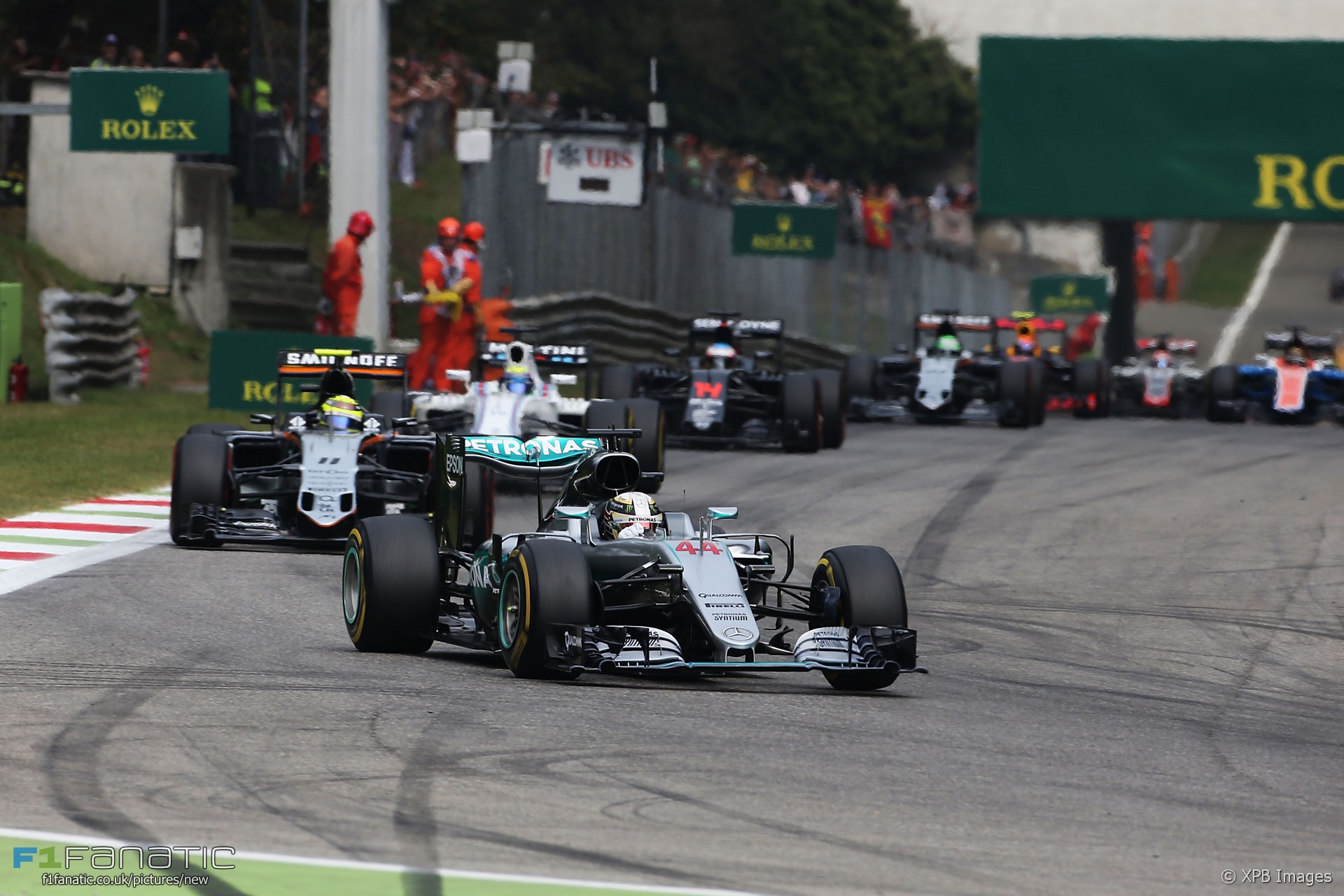 In the round-up: Lewis Hamilton says he couldn’t chase Nico Rosberg down in the Italian Grand Prix because the current tyres prevent drivers from sustaining flat-out pace.

"If we had better grip, yes I could have done qualifying laps lap after lap. That would be great. But it hasn’t been like that for a long time."

"We do practice starts all weekend and they are varying a little bit, and then every now and then we get a drastic variation."

"Ecclestone, who prefers to work alone, has so many deals rattling around inside his head that the probability is Liberty Media would retain his services, at least in the short term."

"Simply as an asset in itself, in a media climate where Amazon, Netflix and the rest are becoming increasingly acquisitive, the value of F1 will rise. But it will rise more quickly if and when they get a comprehensive digital strategy in place and execute it."

"Given that Liberty is a media and entertainment group, analysts hope it will give more consideration to the spectacle offered by F1."

Notebook from the hotel lobby (JoeblogsF1)

"(CVC chairman Donald) Mackenzie, alas, clearly missed the class about having class, but he was so convinced of my invisibility that he said 'this is my last race' to Dennis."

"A team source confirmed separately that Stroll was on the short list, along with Brazilian Felipe Nasr, who was a Williams reserve before securing his current race seat at Sauber."

"As a family man now, I am very interested and am looking into. I have started discussions about it already, actually."

Bernie Ecclestone: "If I were to run Mercedes I would not have given (Red Bull) an engine. I simply wouldn’t have given the strongest competition something that would enable them to beat me."

"Speaking to former Ferrari driver Jean Alesi in an interview with Canal Plus television Sunday, Ocon spoke of his burning ambition to join Ferrari one day."

"I think he's not happy about the results this season, but he also wants to see something recently that we've moved forward."

"At the moment he has so much bad luck, on technical, that it would not be fair to judge it at the moment."

Based on the 'quote' going around, it was pretty irresponsible of people to be telling Marko that Gasly had said he'd be in #F1 by Singapore

Staff at F1 have been told to expect an announcement re: sale on Wednesday & have been gathering data for due diligence since April.

After months of berating Mercedes in public for not giving Red Bull their engines, Ecclestone admits he wouldn't do it if he was them… #F1

In a year when we experienced the ‘delights’ of elimination qualifying, some praise for one of F1’s better recent rules changes:

It’s interesting that people have complained about nearly every rule change but one of them (change to the start procedure) has in my opinion been brilliant.

Starts are now far more unpredictable, and I suspect require more skill from the drivers than in the past, which means that Sundays contain more excitement.

Teo Fabi took the third and final pole position of his F1 career on this day 30 years ago at the wheel of a Benetton-BMW. It was his second in a row, having also taken pole in Austria three weeks earlier.