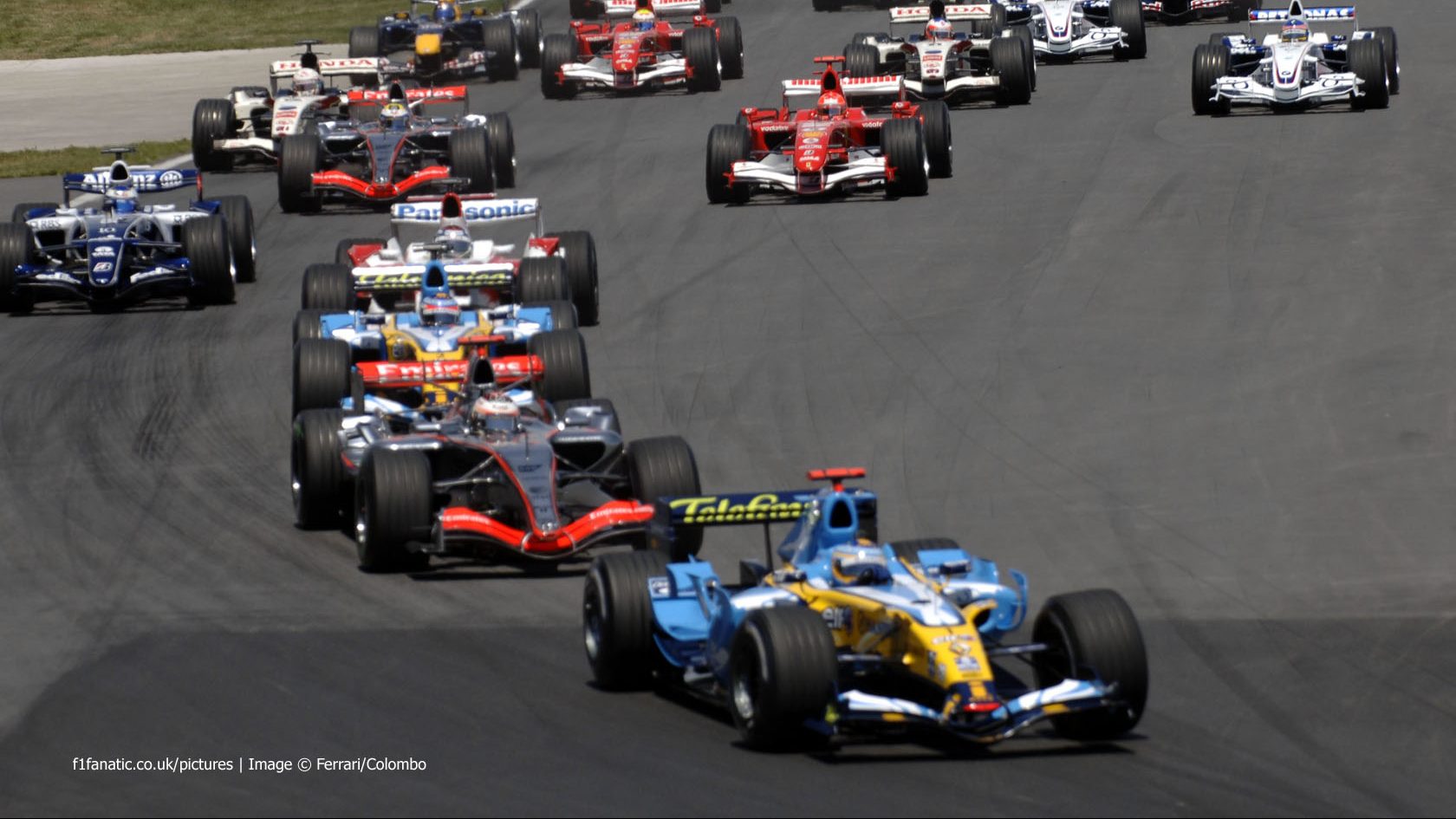 Not for nothing have outgoing Formula One owners CVC Capital Partners been described as a “vulture fund”.

Their approach is simple to understand: buy a business, extract the maximum possible revenue from it, then sell it on for a further profit. This process, referred to as a “holding period”, typically takes three to seven years according to CVC’s own website.

In the case of Formula One it has taken ten years. This shows what a complex yet lucrative investment F1 was for CVC prior to its sale to Liberty Media.

The latter point can’t be stressed enough. Yes, CVC spent big money to get their hands on F1: one billion dollars in funds plus more again in loans for a total of $2.1 billion. But they reaped the rewards, taking $4.5 billion out of the sport, an above-average return on that initial stake. The sale will make them richer still, and they will continue to profit from it afterwards as they will retain a stake.

But the changes imposed on Formula One by Bernie Ecclestone in order for CVC to do so well from it have been controversial. The share of the funds teams receive has been a major bone of contention.

This might have come as a surprise as the sale to CVC in 2006 was accompanied by an increase in the share of the sport’s profits being paid to the teams. Previously teams were given a 47% cut of F1’s lucrative television rights revenues and race promoter fees. After the CVC sale teams became entitled to a share in all the sport’s income streams and the size of the share grew to 50%.

But here we are a decade later and some teams are clamouring for more. The reasons why take us back to how voraciously CVC squeezed every last penny out of its purchase.

An eye-watering $230 million was required every year merely to pay the interest on the loan CVC had taken out to purchase the sport. This much was raised – and more – by aggressively exploiting opportunities for profit, regardless of any knock-on effects for the teams.

The calendar is a case in point. On the fact of it this year’s record-breaking 21-race schedule is little longer than the 19 rounds which compromised the 2005 championship. But the big difference is how many races now take place far away from the team’s European bases. Non-European rounds have increased by 50% in this period, and that’s if we count distant Azerbaijan as a European race.

The desire among some governments to buy an F1 race as a status symbol for their countries drove established events off the calendar: France disappeared in 2008 and Germany’s race remains in doubt. Poorly-supported races in India and South Korea came and went. The cost of realigning the calendar away from Europe was largely borne by the teams.

While the dogged independents clung on for survival, after the 2008 economic downturn Formula One was viewed as too expensive by several manufacturer teams. Toyota, BMW and Honda all departed and have not returned, save for the latter as an engine supplier only.

Since then the FIA has revived international sports car racing in the form of the World Endurance Championship and launched Formula E. With shorter calendars focused more tightly on key markets, manufacturers have voted with their feet and shunned F1 for these emerging series. The more relaxed attitude to media rights in these rivals championships adds to their appeal.

Formula One’s attitude to media rights under CVC has been to sell at the highest possible price regardless of the consequences for the sport’s popularity. In many countries F1 has disappeared from free-to-air channels and moved to pay television. Here in the UK the sport will disappear from free-to-air television completely in 2019. Meanwhile in an interview earlier this year Ecclestone quietly let slip a figure which revealed F1’s worldwide television audience has fallen by a third since 2008.

A glance at the cars of ten years ago compared with today’s tells another story of how F1 has changed under CVC. Sponsorship is now much harder to come by. Teams face fiercer competition for the income which has remained. This competition has come not only from rival teams, but F1 itself: McLaren sponsor Johnnie Walker signed up as the ‘official whisky’ of F1.

The effects of all this on the teams might have been lessened had it not been for a crucial change in the sport’s distribution of its revenues during CVC’s tenure as owners of F1.

Following changes in 2007 to the Concorde Agreement – the governing document of F1 at the time – which allowed for an increase in the number of races on the calendar, the teams had grown wary of the likely rise in costs this would bring. Under the umbrella of the Formula One Teams’ Association they demanded, and ultimately received, a further increase in the share of F1’s revenues.

But Ecclestone saw an opportunity to rid himself of FOTA by offering a greater share of the income to a few, preferred teams. This brings us to the present situation, where the likes of Ferrari and Red Bull receive huge bonuses just for showing up.

This had an inevitable effect on F1’s smaller teams. Pay drivers were handed race deals instead of rising stars and toiled at the rear of the field in under-developed cars. Late in 2014 Caterham was on its last legs and Marussia seemed to be following them.

Only an intervention by CVC prevented Lotus, Sauber and Force India from boycotting the United States Grand Prix over the matter of revenue. Even so, the miserable grid featured just 18 cars.

Gerard Lopez, team principal of Lotus at the time, shed light on how the distribution of revenue had hit his team. “Close after [CVC] taking over the business, I think the sport was distributing about around $300m to the teams,” he said.

“Today it’s almost $900m but it’s not distributed equally otherwise we would all be smiling here and saying there is no issue. So the amount might be an issue but certainly the distribution is a huge issue.”

Lotus staggered into 2015 and appeared to be on the brink of collapse until it was rescued by Renault. But the two other teams who had experienced the pain of diminishing revenue under CVC took their complaint to the European Union, a dispute which will now be resolved under F1’s new owners.

How far CVC can be held responsible for the situation of individual teams is a point of debate. The same goes for Ecclestone, of whom it was alleged in a 2014 court case preferred to see them take over the sport because they would keep him in charge. Both parties had an obvious interest in whether the sport was sacrificing its long-term health for short-term profit.

In one of his very rare interviews in 2013, CVC chairman Donald Mackenzie insisted “we do not take money out of the sport”.

“We’re not the bad guys,” said Mackenzie. “We care about [F1]”. He was speaking in response to Force India deputy team principal’s claim CVC had “raped the sport”.

CVC wanted F1 for its capacity to generate income. It would be naive to believe Liberty does not have the same goal.

But as a media organisation Liberty also needs F1 for the content it creates. This may seem a depressingly corporate way to describe a sport, but it contains a grain of hope for those who have a dim view of how CVC have treated F1.

Liberty are saying the rights things about their plans for the future. “We think our long-term perspective and expertise with media and sports assets will allow us to be good stewards of Formula One and benefit fans, teams and our shareholders,” said president Greg Maffei after the deal was announced yesterday.

Perhaps Formula One’s new owners will think of it less like a ‘show’ which is to be milked for profit in the short-term, and instead as a uniquely attractive sport which, treated correctly, can remain profitable for the long-term.

Or perhaps too much damage already been done.