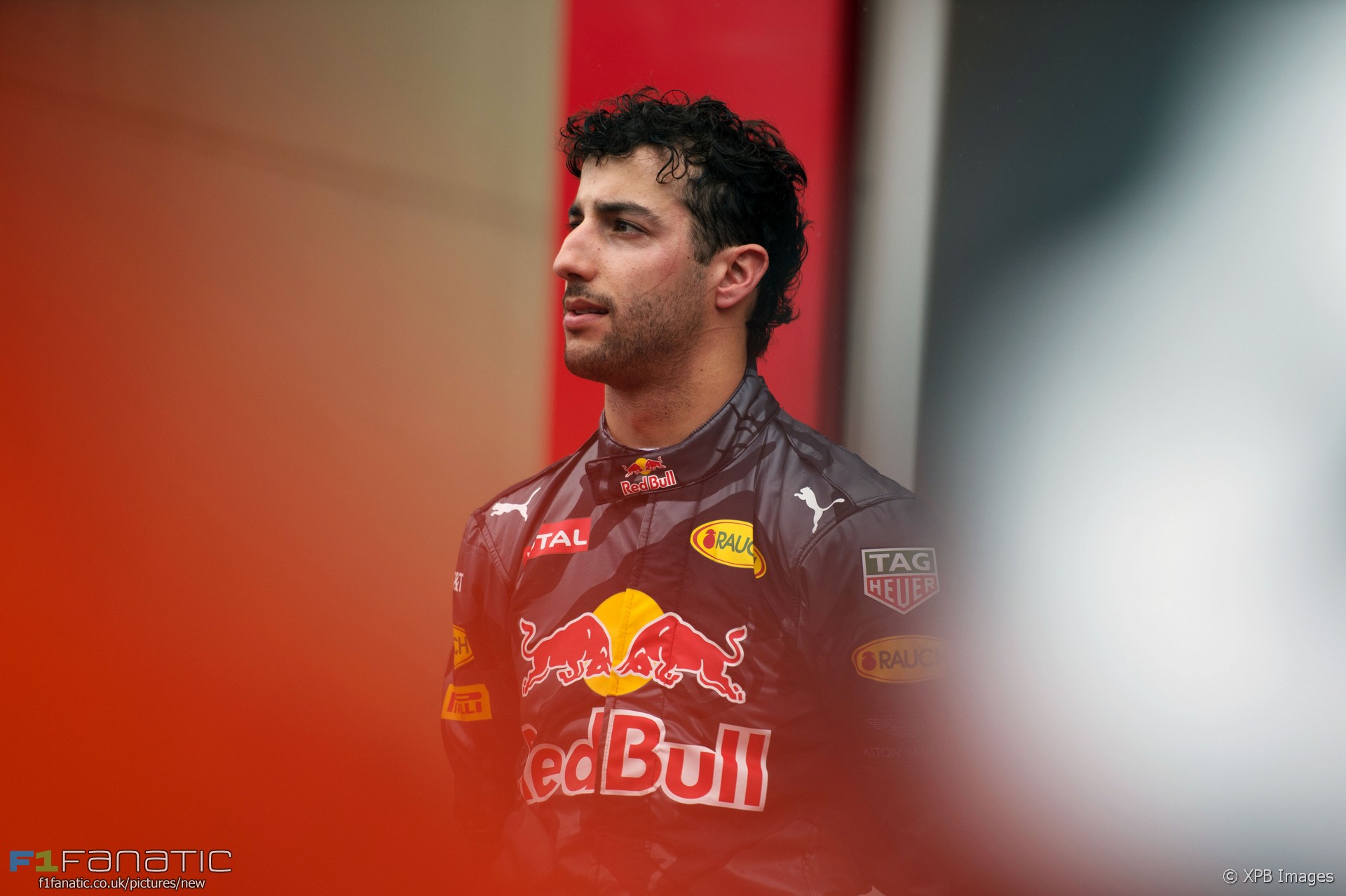 In the round-up: Daniel Ricciardo wants to reclaim the victory he lost in Monaco at Singapore this weekend.

"I don’t believe in much, but if there is a little bit of karma or whatever, I’d like to think that I will get my Monaco win back somewhere."

"So far, we're 93 percent sold out, so there's very few tickets left. I think the response of the public has been absolutely amazing."

"The Sauber F1 Team is pleased to confirm the appointment of Ruth Buscombe as new Strategy Engineer. The 26-year old Briton will start to work for the Sauber F1 Team from the Malaysian Grand Prix onwards. Buscombe has worked for the Scuderia Ferrari F1 Team, as well as recently for the Haas F1 Team."

"Ferrari gave the best drivers and I think and hope all the rest will give them."

"They haven't been spoiled, because they haven't had a manufacturer which puts in a lot of money so you can develop. Sort of like Sauber: BMW came in, went out."

"The raid comes after the sudden death of Mr Stunt’s 37-year-old brother Lee."

Day one in the oven complete 👊🏻#SingaporeGP 🔥 pic.twitter.com/CDngbnBMP6

The calm before the (hot & sweaty) storm that is @F1NightRace Pitlane & paddock deserted. #F1 #F1NightRace pic.twitter.com/YXRJ73Entb

@Mantresx doubts Daniil Kvyat will find a seat next year:

Right now is when the contracts for the midfield teams are signed and they base their decision on recent good performances and obviously budget, he has neither.
That’s why the likes of Perez, Sainz and Stroll are highly sought after but not someone like Palmer or Magnussen.

Unless he has a real solid offer right now I think it’ll be very difficult for him to be driving next year.
@Mantresx

Practice for the Italian Grand Prix began on this day 15 years ago. The two Ferraris turned out in blank liveries with black noses as a mark of respect for those killed in the 9/11 attacks three days earlier. Other teams also carried tributes to the victims.