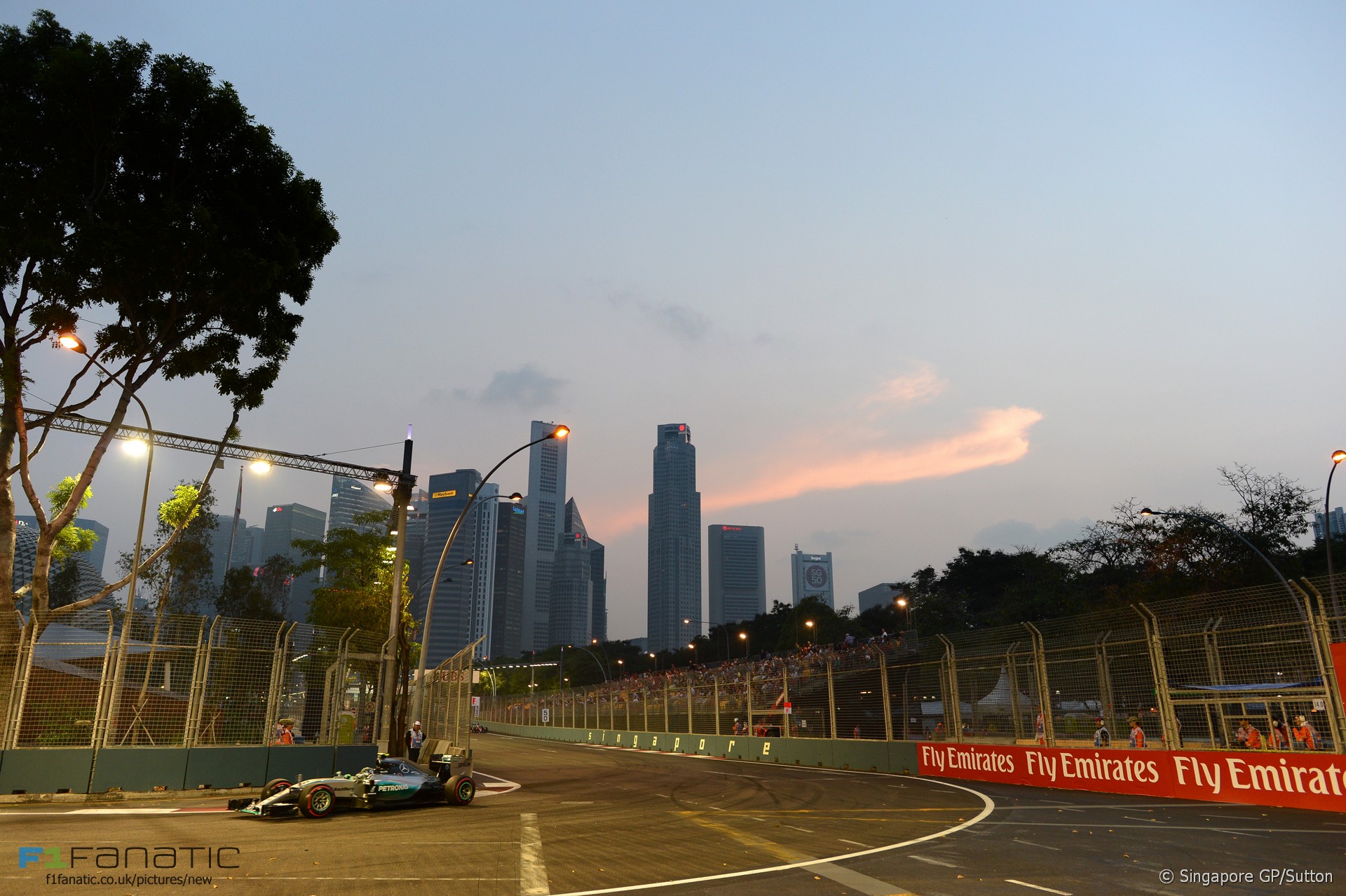 Thunderstorms and heavy downpours are a regular feature of the weather in Singapore. Yet since its first grand prix eight years ago Formula One has managed to avoid them. The only rain-affected session so far was a damp start to first practice in 2010.

The forecast for this weekend runs to a pattern which will be familiar to F1 weather-watchers. There is a risk of daytime thunderstorms, but by the evening conditions should be dry and warm – consistently above 25C.

But how has F1 managed to avoid heavy rain in a part of the world which is renowned for it? Wet conditions could pose serious visibility problems for drivers at this race as it is run entirely under artificial lighting.

This has prompted some outlandish theories. In 2013 one F1 website ran an anonymous report claiming cloud seeding had been used to prevent wet weather interfering with the race.

Cloud seeding involves adding silver iodide and other salts to clouds which have already developed in order to induce rainfall. Therefore, in order to prevent rain, seeding would have to take place over a huge area around the track – hundreds of kilometres. And it would not be able to prevent a sudden thunderstorm developing and depositing a large amount of rain on the city.

Where cloud seeding has been used in this part of the world in recent years has been in response to the smog problem arising from agricultural problems in nearby Indonesia. However while it and nearby Malaysia have used seeding for this reason, Singapore has specifically denied doing so to reduce the chance of smog interfering with its race.

“The government has not been conducting cloud-seeding and has no plans to do so,” it stated.

“There are no reliable means to validate the effectiveness of cloud seeding in Singapore. Cloud seeding also requires existing clouds as it cannot generate rain out of thin and dry air. During dry seasons, cloud seeding is less effective due to the lack of suitable clouds for seeding. The small size of Singapore and the variability of winds also mean that the induced rain, if any, may not fall directly over our island.”

So how has Singapore’s race managed to stay dry? As F1’s official weather forecaster UBIMET points out, the three main types of significant rain Singapore experiences do not generally coincide with the race’s slow in the calendar and starting time.

The North-East Monsoon occurs in December to January. The South-West Monsoon does run into September, but its thunderstorms tend to be caused by daytime heat, so the risk of them dissipates as F1’s evening sessions begin. Singapore is also expose to ‘Sumatra Squalls’ at this time of year, but these tend to appear between the pre-dawn hours and midday – after the track action.

The race looks set to be dry again this year, though not for some of the more radical reasons which have been put about.