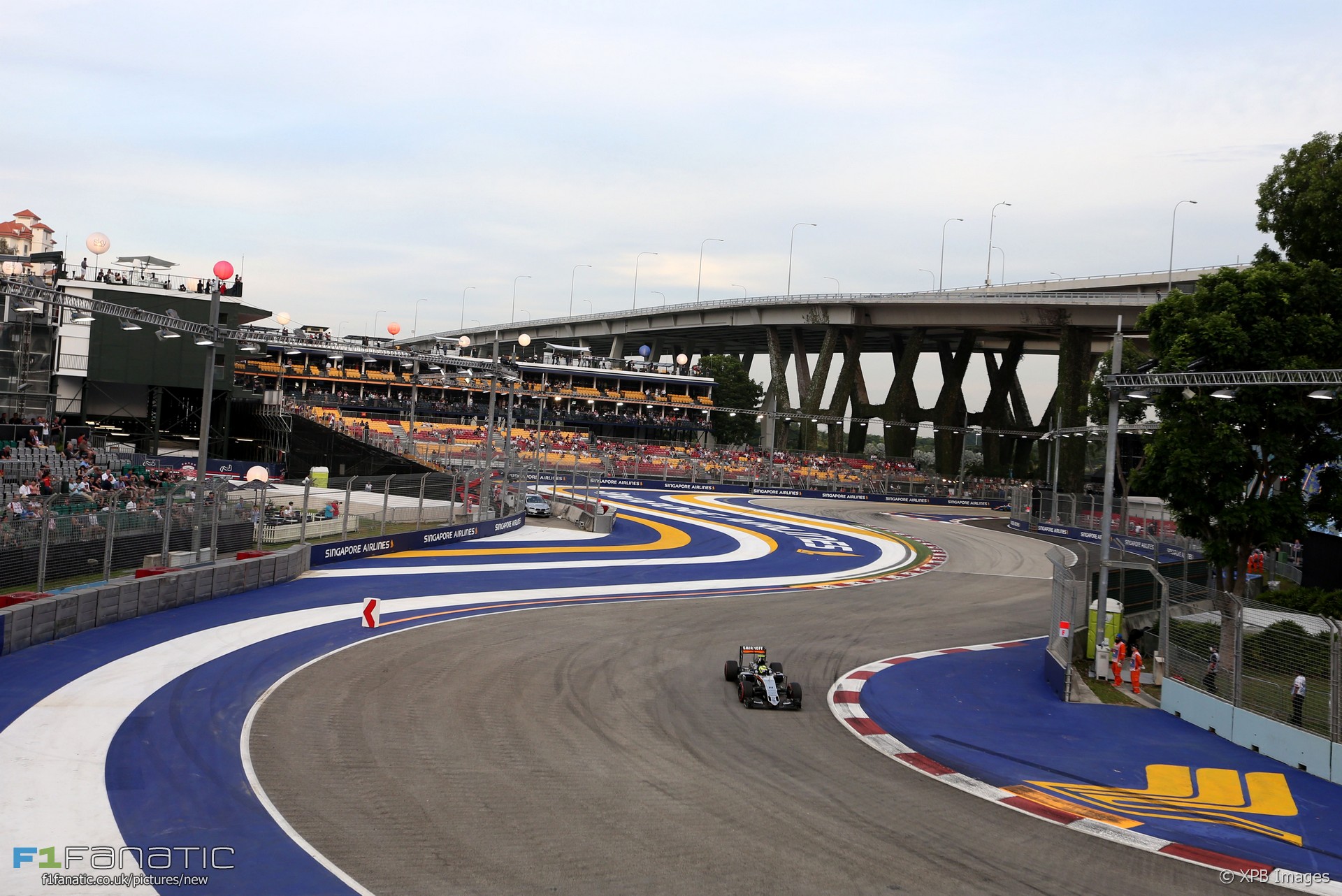 Sergio Perez has been given two grid penalties for his yellow flag infringements in qualifying.

The stewards also gave him three penalty points for not slowing down enough when the yellow flags were displayed.

“The driver of car 11 failed to reduce his speed significantly and be prepared to change direction or stop as required under Art2.4.5.1(b) when double yellow flags were being waved at both turns nine and ten,” ruled the stewards.

“The stewards took into consideration the fact that the driver had two corners in which to slow down significantly and failed to do so and both of which were blind corners (including one where the accident had taken place and where the damaged car was still in the barriers) and where the driver would not have known if the track had a hazard wholly or partly blocking the track and/or marshals working on or beside the track.”

Perez had said he expected the stewards investigation would be “no problem” for him.

After receiving the penalty Perez said he was “disappointed” by the news “because I did significantly lift off for the yellow flags during Q2”.