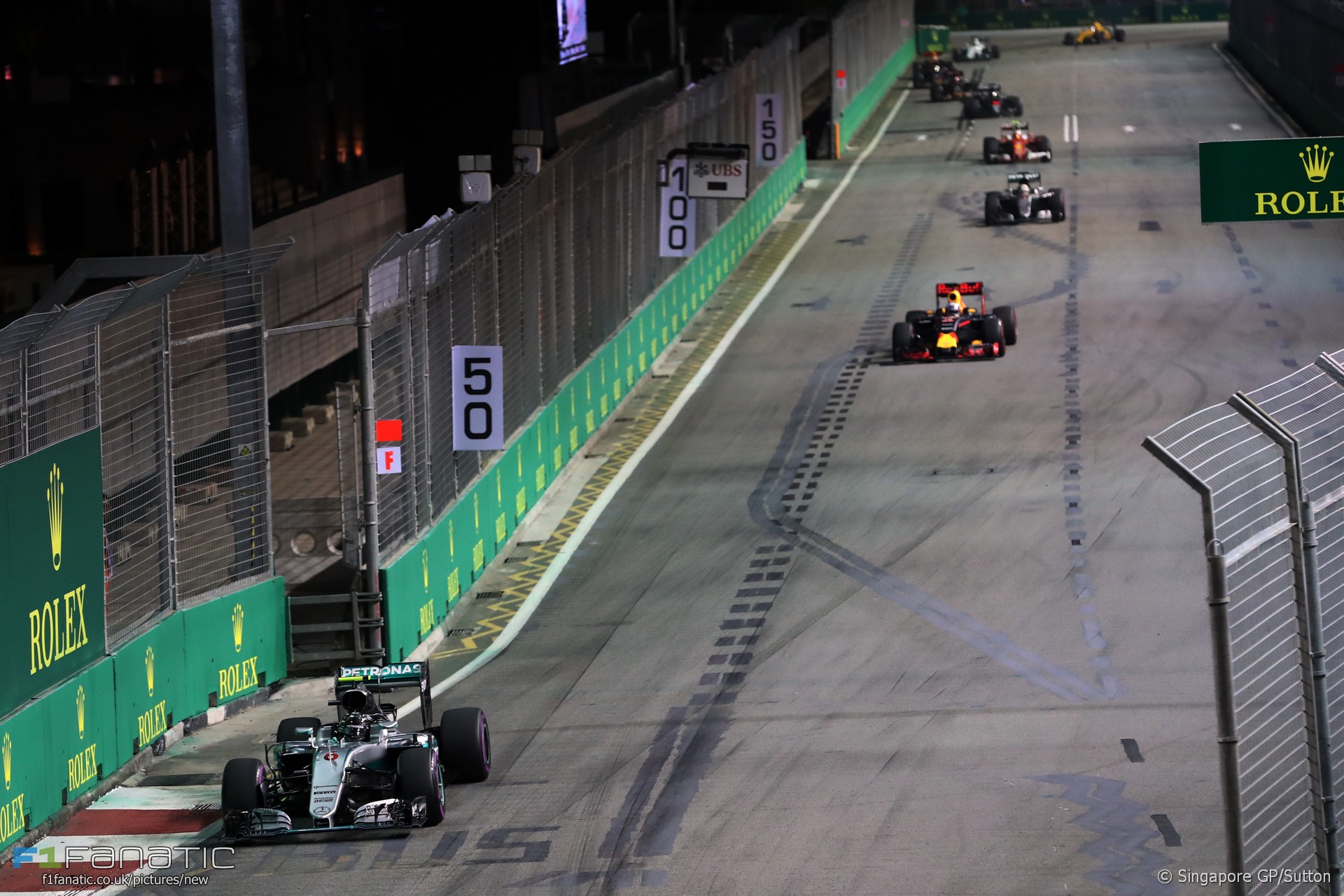 Nico Rosberg regained the lead of the world championship by winning the Singapore Grand Prix.

The Mercedes driver came under pressure from Daniel Ricciardo in the closing stages of the race and finished less than half a second ahead of the Red Bull driver.

Lewis Hamilton finished third despite being overtaken by Kimi Raikkonen at one stage. The Ferrari driver came fourth ahead of his team mate, who recovered to finish in the top five having started last.

That meant Esteban Gutierrez had to once again settle for 11th place and missed out on points for Haas. Felipe Massa was Williams’ highest finish in 12th.

Team mate Valtteri Bottas had retired mid-way through the race. He was involved in a first-lap crash which put Nico Hulkenberg into the pit wall and brought out the Safety Car. Jenson Button was also involved in the same incident and later retired.