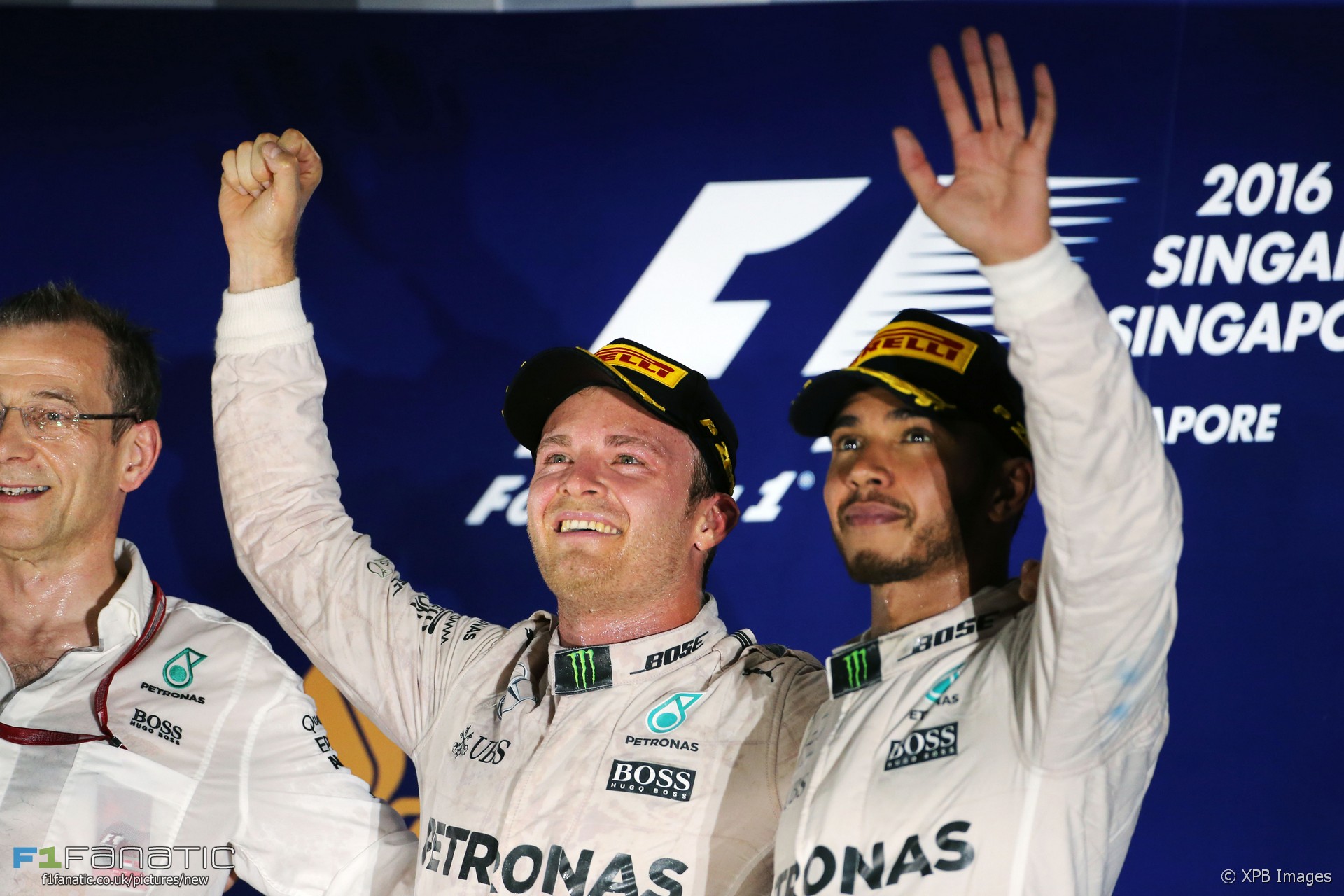 Lewis Hamilton said he couldn’t have finished better than third in the Singapore Grand Prix because of the trouble he was having with his brakes.

Both Mercedes drivers were told on the radio during the race that they had a braking problem.

“I was having such a problem with my brakes, it doesn’t matter what strategy they put me on,” Hamilton told reporters in Singapore.

“The first stop we extended the tyres, we were supposed to go to lap 11 and we ended up, I was at 14 and they pitted me the same lap as they pit Daniel [Ricciardo], which didn’t make sense to me. So that was a bit of a missed opportunity. But anyway as I say I had such problems with my brakes I wouldn’t have been able to beat Daniel anyway.”

Hamilton lost third place to Kimi Raikkonen at one stage after running wide but was able to get ahead of the Ferrari again later on. The Mercedes drivers said he wasn’t able to achieve a better result today.

“I feel like I did everything I could,” said Hamilton. “Obviously when you have a mistake that’s not a great thing but it wouldn’t have made really much difference.”

“A very trying weekend. These ones come along sometimes, you just need to take it on the chin.”

Hamilton lost the lead in the championship to Nico Rosberg but said he is remaining calm.

“I’ve been exactly in this point in the season in this position before but I’ve definitely been in a lot worse.”