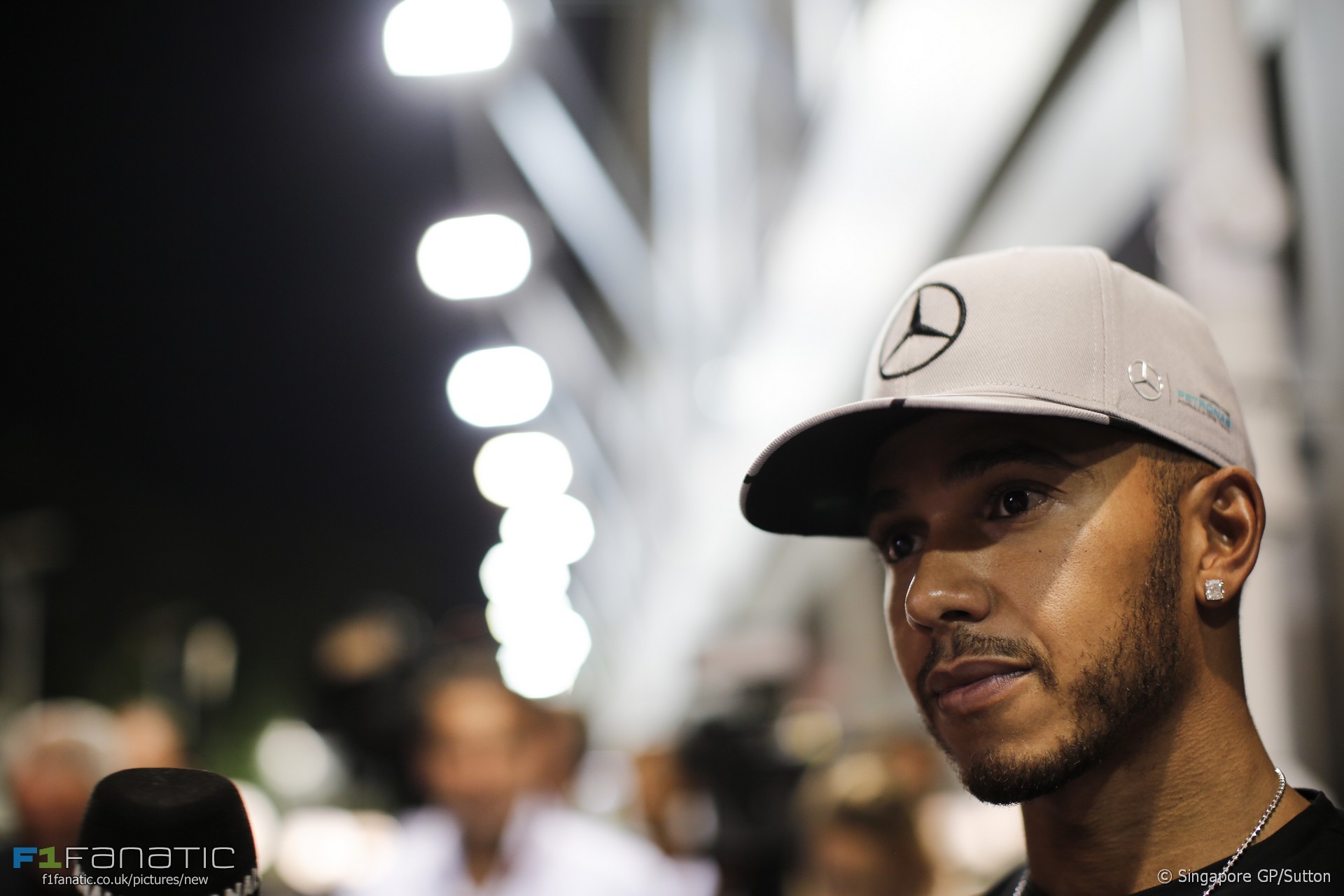 In the round-up: Lewis Hamilton says he isn’t sure when he will be able to reverse his team mate’s recent run of success.

A few users recently reported that they were no longer receiving the latest updates from the site’s RSS feed. This has been addressed and should now be working.

"'I have no idea,' said Hamilton when asked when he thought the momentum would go back in his favour. 'We don’t know if it will, or if when it does, when it will be.'"

Notebook from a lounge in Dubai (JoeBlogsF1)

"Between now and the end of the year (Lance Stroll) will do around 8,000 miles of testing at a string of circuits around the world, driving an unbranded 2014 Williams-Mercedes."

"We didn't have a good race in Monza with him, and then we let him down again in Singapore with our pit stops, which was just disappointing because his last stint, with his pace on the tyres, was really good."

"Due to possible correspondence between rival teams and the FIA, or simply specialist media speculation, Mercedes’ front suspension was in the spotlight again in Singapore - even though it’s a layout first seen at the Chinese round earlier in the season."

Change in the air (Sky)

"Sebastian Vettel was understandably gutted after qualifying. It was the race he had been looking forward to all year and felt Ferrari had a real chance of their first win of 2016 but a rear suspension problem put him at the back of the grid. 'They'll be short answers' he told me as he approached. 'No problem' I replied, and it really wasn't."

"Authorities in Singapore on Tuesday (Sep 20) refuted claims that Ferrari’s Formula One team principal Maurizio Arrivabene was fined for discarding a cigarette butt during the Singapore Grand Prix last weekend."

Thanks to Adam for the tip.

"The team went testing in Palma, Spain, prior to that year’s World Championships. From the very first day, Senna was quick. 'I was like, hold on a minute. This kid’s a bit special,' Fullerton said."

Contrary to its headline, this article does not appear to include any reference by Stewards to Hamilton's 'playboy lifestyle'.

Motorsport commentators: can you reintroduce ordinal numbers to your vocab, i.e. third/fourth instead of opaque pltboard jargon of P3/P4?

Are the tyre choices for the next race in Malaysia too restrictive?

The new tyre rules are definitely a big step forwards, but if only one compound is mandatory it takes away a lot of its benefits, as we could see in Canada.

Last year the Safety Car really spiced up the race, because it came exactly at the right moment, so some drivers chose not to pit under yellow. This year’s race the teams might run out of the harder tyres, as they will start with three sets of softs (from qualifying), two sets of hards and only one set of mediums.

If tyre wear is high, they will have to use the soft tyres at some point anyway, which can be interesting.
@f1p11infigures

Nigel Mansell moved closer to clinching the 1986 world championship by winning the Portuguese Grand PRix on this day 30 years ago.

81 comments on “Hamilton has ‘no idea’ when form will change”