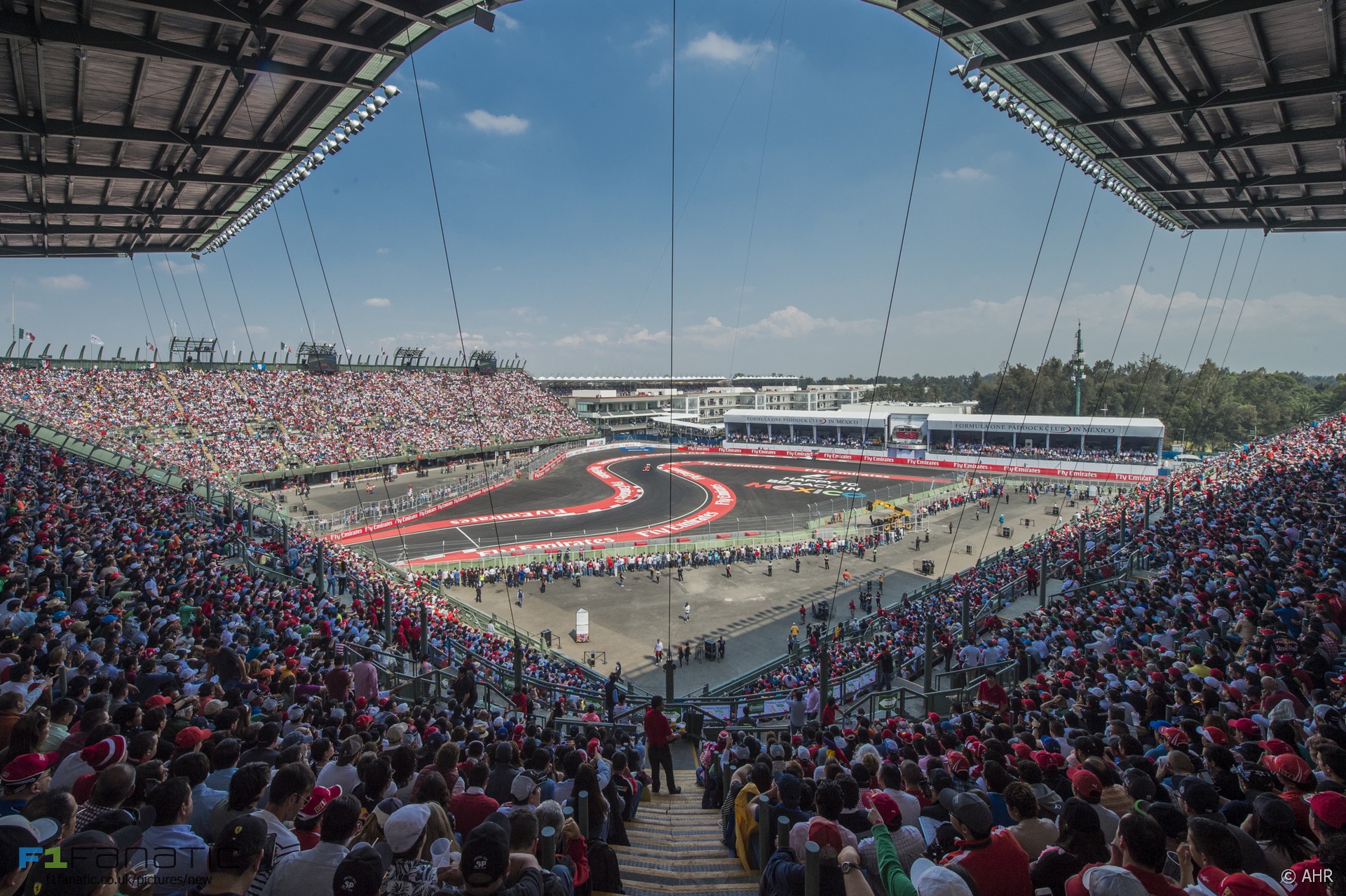 In the round-up: The promoters of the Mexican Grand Prix are eager to see more races in their time zone.

"We wish we could have more and more races on prime time on our side of the world and I think the only way we will get that is if, collaboratively, there start being more races in the region in general."

"Asked whether Ocon was still in his thoughts, Abiteboul replied: 'Absolutely, and we are in a nice position as he is currently driving, so it's extra information we receive.'"

"He has a big experience with the simulator because he drove a lot in it with our competitors."

Analysis: How Vettel is seeking an advantage with 2017 Pirelli testing (Motorsport)

"If a driver likes a specific construction – they don't know what they are testing – but if they feel confidence in one prototype, they push to have this prototype."

"Zak founded JMI, the world’s largest motorsport marketing agency, in 1995, which was acquired by CSM, the sport and entertainment division of Chime Communications, in 2013."

Zak Brown on why he's resigning (Peter Windsor via YouTube)

"Anneliese Dodds, Labour MEP for the south east of England, said: 'It is unacceptable that a regulator of any industry should be allowed to benefit financially from sanctioning the sale of one of the companies it regulates.'"

American racing's many challenges (The Way It Is)

"Liberty is a massive global entity with the resources to make F1 even bigger around the world and will also put a lot of money and effort into expanding F1's position and reach in America. This will only make NASCAR, IndyCar and IMSA's fight for recognition and media space even more difficult."

Max Chilton – 'My first IndyCar season was fun but frustrating. I’d love another crack at it...' (Goodwood)

"I got calls over the winter from a number of top IndyCar teams and was thrilled to be able to join Chip Ganassi Racing, which has won a hell of a lot of races and championships with great drivers like Alex Zanardi, Scott Dixon and Dario Franchitti."

Acclimatizing the body for the extreme conditions next race. #Malaysia #f1 #14 #fa14

@Fer-no65 on the sad history of the racing circuit named after one of F1’s greatest drivers:

While unkown to the the mainstream motorsport fans around the world, the Juan Manuel Fangio racetrack in Balcarce was one of the classics in Turismo Carretera’s calendar, alongside Buenos Aires’s “Oscar y Juan Galvez”. The surface kept evolving as the track is right in the mountains and the terrain is constantly moving, which made it bumpy and slippery. The place is called “La Barrosa” (The muddy) because of the characteristics of the soil and the precipitation which often affected the race. The location is also spectacular because there are no grandstands, you sit in the mountains and you see the whole track from everywhere.

The track itself is very, very fast, with long straights followed by constant radius corners. The elevation changes made the run to turn 2 one of the fastest of the year, and it was very dangerous because the safety standards weren’t up to date (at all). In 2011 it was resurfaced and that made it worse. The track was grippier and smoother, and there was a massive accident in practice. A car, driven by Agustin Canapino, failed to brake, ploughed through the barriers and fell from the cliff. The car was destroyed.

As usual in these sort of things, the dangers of the track were overlooked by the authorities and the race went ahead. With two laps to go, a backmarker crashed into a tyre wall after the bridge and stopped in the middle of the track right as the leaders were about to lap him. One of the contenders, a young guy called Guido Falaschi lost control trying to avoid the backmaker, crashed into the opposite tyre wall and also stopped in the middle of the track. The resulting chaos, within a cloud of dust, made it impossible for Nestor Girolami (the current STC2000 champion) to stop and he crashed Guido hard on one side. Guido didn’t make it, and the track has not been used since.
@Fer-no65

Jacques Laffite scored his final win, and the last for a Matra engine, in the Canadian Grand Prix on this day in 1981.

17 comments on “More US races good for Mexican GP – promoter”