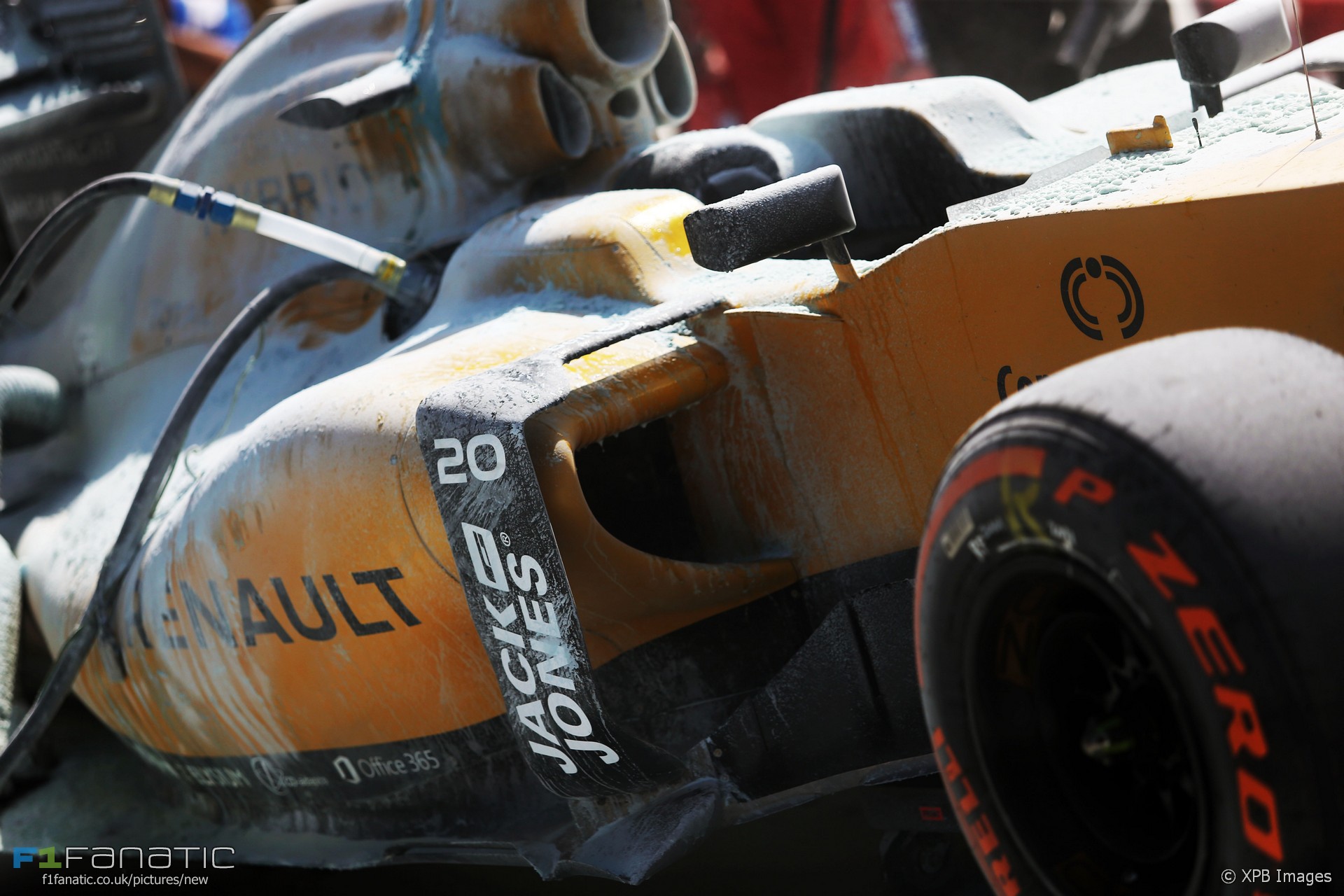 Kevin Magnussen’s escape from his burning Renault would not have been significantly hindered had he been using the Halo device, according to GPDA chairman Alexander Wurz.

The Renault driver had to leap from the cockpit of his Renault when a fire broke out around his car’s airbox during the first practice session.

The FIA has been evaluating whether to introduce the Halo head protection system but the device has raised questions over whether it would hinder a driver’s ability to get out of a car in an emergency.

However Wurz said the increase in time would be negligible. “Maybe he will [take] 0.5 of a second longer to get out,” Wurz told Sky. “With the fire suit which lasts 50 seconds under a real fire.”

Wurz pointed out other safety enhancements have caused drivers similar difficulties. “Maybe ten years ago, if you wanted to see the negatives, you wouldn’t have asked for the headrests because you have to get out with rolling your shoulders and that’s a tenth of a second slower,” he said.

“But thank God here there was no speed urgency to get out. And again, you do have various protection shields against fire.”

However Wurz agreed more could have been done to protect the Renault mechanics who extinguished the fire and suggested lessons haven’t been learned from the Williams pit blaze at the Circuit de Catalunya in 2012.

“I know that the mechanics at teams on a Friday when the refuelling is in the garage they maybe don’t want to wear the fireproofs.”

“But there should always be at least one. Which in this case in Renault there was one, but then we had this brave mechanic jumping in putting the fuel nozzle on.”

“I know they really want to help because they feel for the car, that’s their baby. So a very brave man but from safety rules, he should have stepped back.”

8 comments on “Halo no safety threat in Magnussen fire – Wurz”