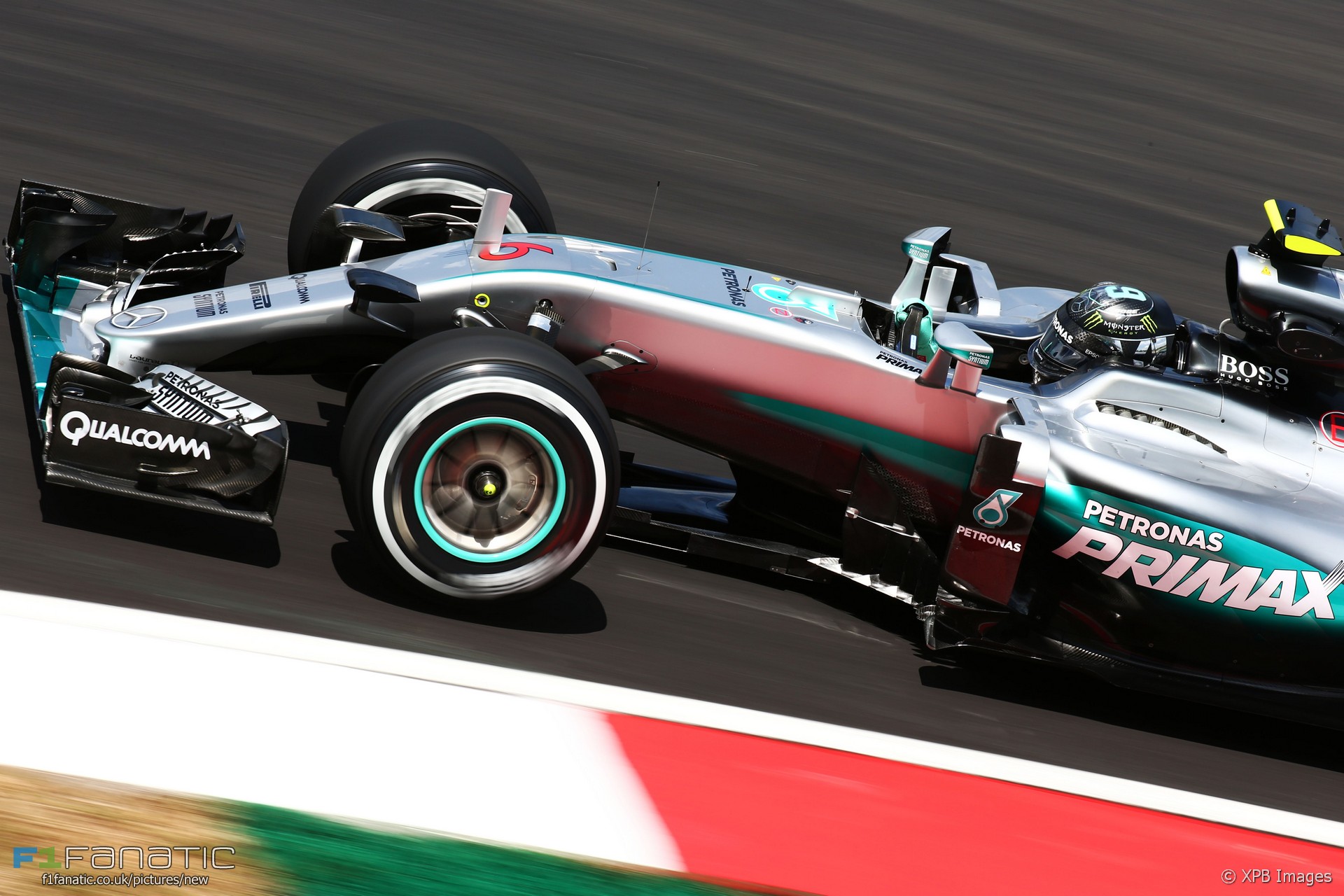 The inside of the corner has been raised to create an off-camber section, altering the ideal.

“Turn 15 is interesting,” said Rosberg, “you can now try several different lines if you’re attacking the guy in front, so that will be good for overtaking.”

The entire track has also been resurfaced and other alterations made to some corners Rosberg gave the changes the thumbs-up.

“The new track surface is really enjoyable to drive,” he said. “Challenging, but with good grip.”

“It’s tough to get the setup right with such an unknown element as new tarmac, but we’re on the right track.”

Carlos Sainz Jnr was also enthusiastic about the changes.

“The fact that the track has been resurfaced means it’s like being at a new track,” he said. “We’ve been around three seconds quicker already compared to last year and it’s still only free practice.”

“It’s definitely being a new challenge, with faster lap times, and I have to say that the car feels amazing to drive as there’s a lot of grip out there, so I’m enjoying it.”