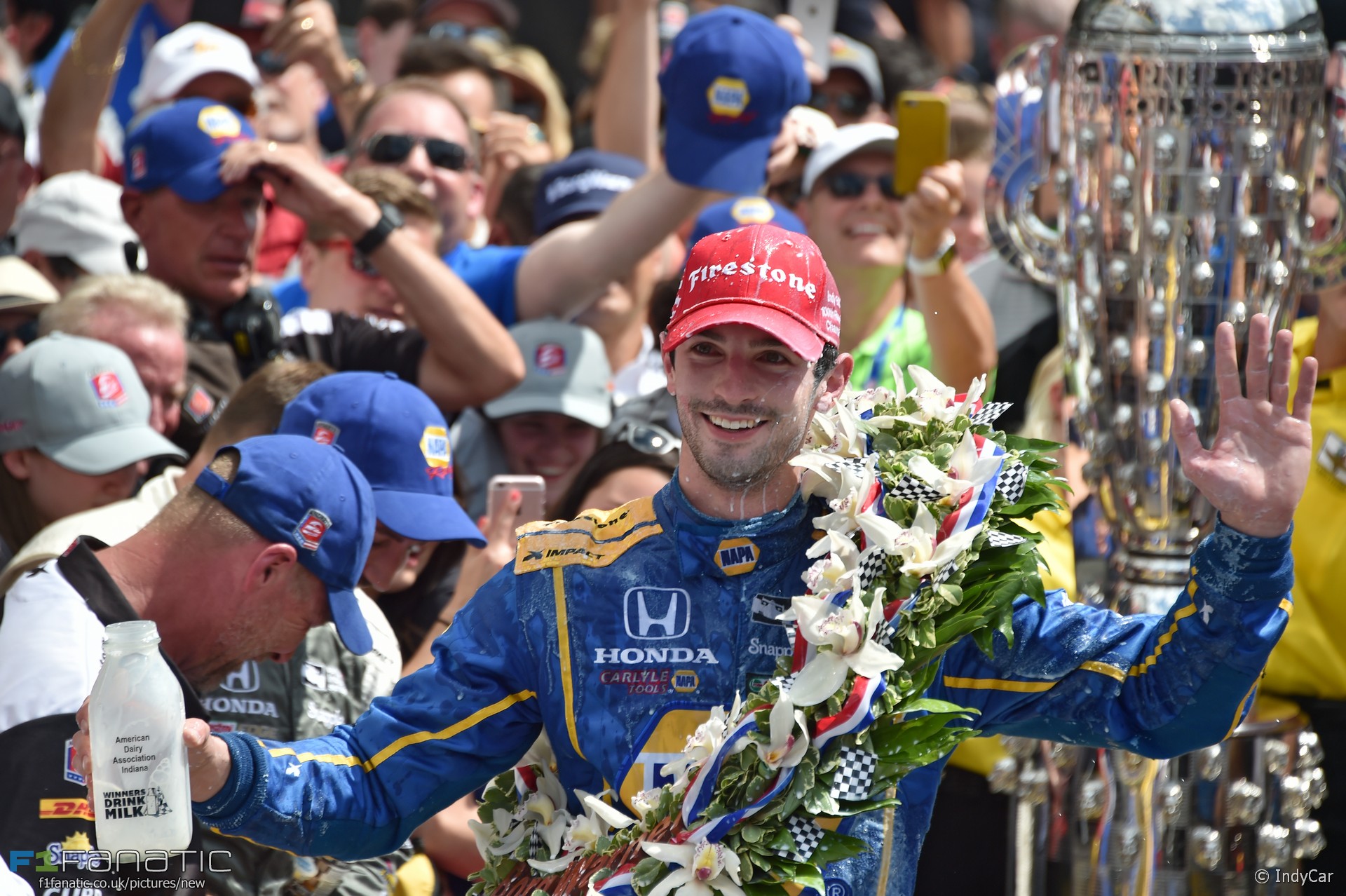 In the round-up: Indianapolis 500 winner Alexander Rossi is prioritising a place in IndyCar next year over a return to F1.

IndyCar is Alexander Rossi's 'number one choice' for 2017 (ESPN)

"I do feel like I still have a lot of unfinished business in Formula One and a lot of my passion still lies there. But at the same time I've come to really enjoy and have a lot of appreciation for the IndyCar series, there's a lot of things I really like about it."

Hamilton: 'No excuses' not to perform in Sepang (F1i)

"Today we had no problems, we got lots of running in. There’s not really any excuses right now."

"Qualifying will be very short for me – I’ll do just one timed lap, to get within 107 per cent of the pole time and then I’ll watch the rest of the action on TV."

"There is a possibility to exploit the power unit a little bit better, but it's definitely not just pure power."

Putting the brakes on the Hamilton conspiracy theories (MotorSport magazine)

"The car has yet better control of its ride height and is even better aerodynamically. But every time we come to a place with big braking zones over bumps (Baku, Singapore), Hamilton comes a cropper."

"The last corner, I'm not a big fan. It's very tricky to find a line, not very enjoyable to go through but the new asphalt is very good."

"Q2 definitely. I would say Q2. We look like we are definitely able to get there so we need to make sure we do."

"Yes, sometimes what I say under emotions on the radio is not what I mean - but then think: there are no microphones on the soccer fields."

Congratulations David Tremayne on your 500th Grand Prix. Very happy to celebrate with you @MercedesAMGF1 pic.twitter.com/bW2IBjIY02

Main grandstand during FP1 now in Malaysia. Can't think of anything wrong with F1 at the moment, can you? pic.twitter.com/STk0W12J6N

I don't think i would have done 9 seasons in f1 had it been 21 races back then. No private life. No family. No nothing. No way.

I think it would be a waste if teams had to spend more money just to dilute the product further.

The more F1 weekends there are, the more they clash with other things in people’s lives. There’s only so many times fans will put effort into recording, news-dodging and watching-back-later before there comes one weekend they don’t bother watching it back. Soon it’s routine to not to make an effort to watch races, and you end up ultimately watching less races than you would have done had there been fewer of them in a season. F1 becomes less special and you find more time for other things/series. At least that’s part of what’s happened to me over the last few years.

Maybe Liberty are another company who aren’t bothered about having “fans” though. Maybe their plan is to chase after the millions of these mythical “casual viewers” who spend every weekend flicking through all the channels of their pay-TV package before stumbling upon F1 and deciding that it is the most vital thing in their life for an hour before moving onto Ice Road Truckers and forgetting about it completely. As if that’s a sensible customer base to rest your business on.
@Hey

Michael Schumacher scored his final grand prix victory ten years ago today in China. It put him level with Fernando Alonso at the top of the championship standings with two races to go.

19 comments on “Rossi prioritising IndyCar seat over F1 for 2017”