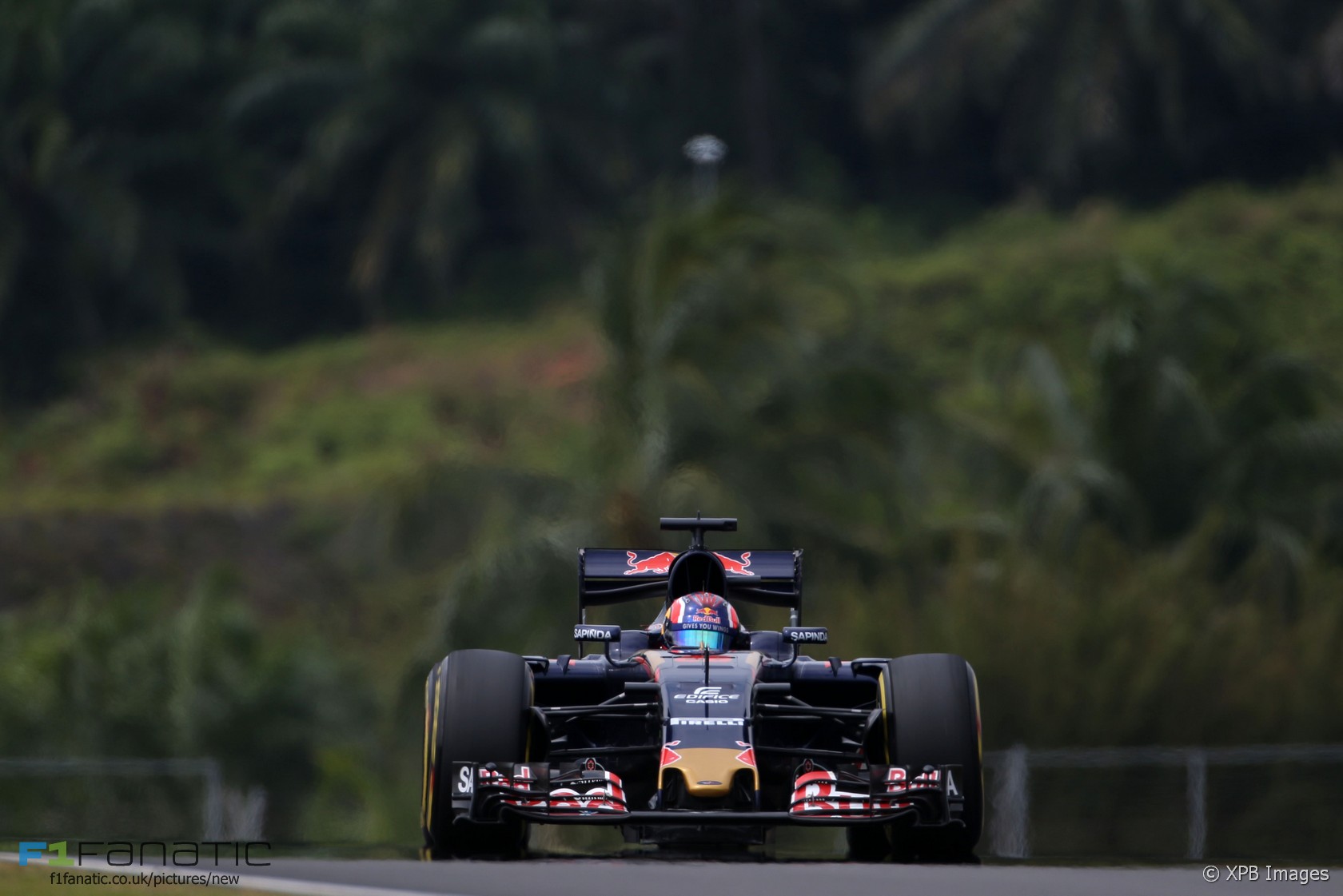 Toro Rosso race engineer Phil Charles said the team’s low qualifying positions for the Malaysian Grand Prix were down to the team’s lack of straight-line speed.

Charles said it had been a “very difficult day” for the team, which is the only one using a 2015-specification engine.

“P15 and P16 in qualifying is a big jolt back down to earth from the P6 and P7 we had in Singapore,” he said. “Our top speed deficit has proven again to be a big penalty with a very big loss on the long straights here.”

The team couldn’t have qualified signficantly better than it did, said Charles.

“It is a very close battle in the mid pack and some of our direct competitors have brought developments,” he said.

“The McLarens looked strong from the start of the weekend and the Renaults appear to have made a jump, with Magnussen ahead of us in qualifying. Haas also did a decent job with both of their cars. So all of this means we need to be absolutely on top form in qualifying nowadays or we can come out on the wrong end of that mid field battle, like we have today.”

“Having said that, on quick review live, I am not sure there is a huge amount more we could have found today.”

“Carlos [Sainz Jnr] was quite happy in [third practice] but didn’t quite get a perfect flow in qualifying and a slightly scrappy last lap blunted his efforts. Daniil [Kvyat] did a decent job and was just a bit unhappy with his car balance in the last corner.”

6 comments on “Toro Rosso stung by eighth row on grid”