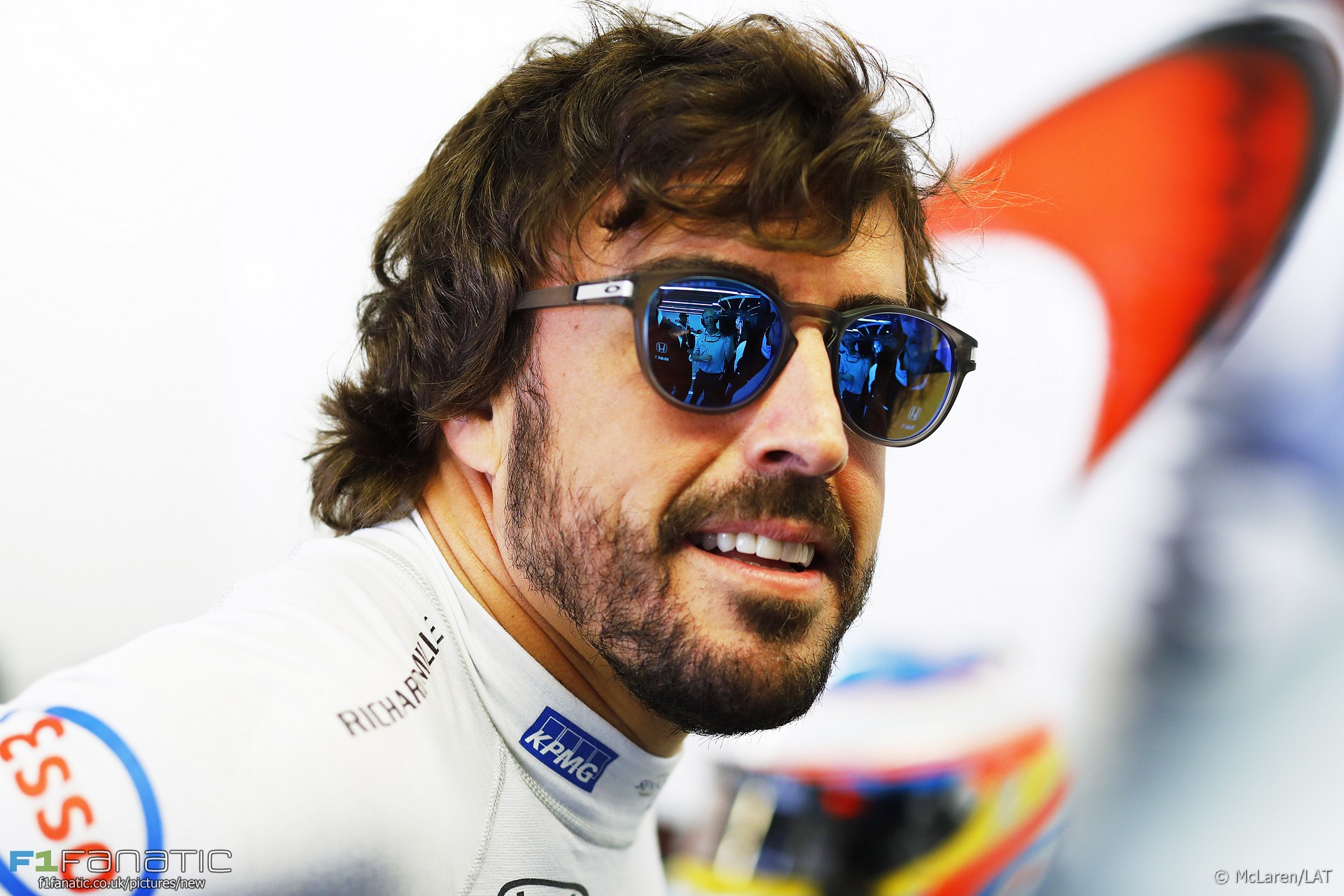 In the round-up: Fernando Alonso is against the plan for a longer F1 calendar favoured by new owners Liberty Media.

"The big point is that we travel too much and have too many races back to back."

Sainz says VSC 'useless' and not what F1 needs (Motorsport)

"It works as it should, but obviously people play a lot with it to warm their tyres, to create their own gaps before the pit stops."

"An appeal on this was sent to the Formula 1 management, said Arpadarai, adding the F1 management had no objections."

"From a driver’s perspective, I can talk on behalf of the LMP1 drivers when I say there’s an immense amount of respect between us, probably because it’s actually more dangerous than F1, particularly at Le Mans."

"We permanently put pressure on him, challenging his lead, as he knew he had to create a gap – and to go permanently full throttle was probably not the best thing for his engine."

"Maybe there is a way of making the halo somehow removable in a way we can jump out of the car a little bit quicker."

Mercedes reaping rewards on and off the F1 track (Reuters)

"Turnover grew by 66.3 million pounds thanks to additional sponsorship revenues and more money from the sport's commercial rights holder as a result of the team's improved 2014 performance."

"You would expect that we will have some problems. And I think we can accept a bit less as the problem comes not from our side but from the suppliers."

Some perspective on F1’s falling viewing figures in the UK:

For context, most football matches on Sky in the UK (a sport hugely carried by Sky TV money – which just keeps rising) barely draw in 1,000,000 viewers. Since the Champions League went from combined Sky/ITV to BT Sport the viewing figures are so bad even UEFA have admitted their concern. Not all of those games were on pay TV either, BT made some of them free-to-view and still no one watched.

Yes, the viewing numbers for F1 aren’t exactly astronomical, but they’re not all that far behind football, which in the UK is seen as every channels biggest sporting draw. Sky are happy to keep pumping more and more money into football so viewing figures don’t seem to be an issue for them.
@Hawkii

It’s two years to the day since Jules Bianchi’s crash during the Japanese Grand Prix, in which he sustained fatal injuries.