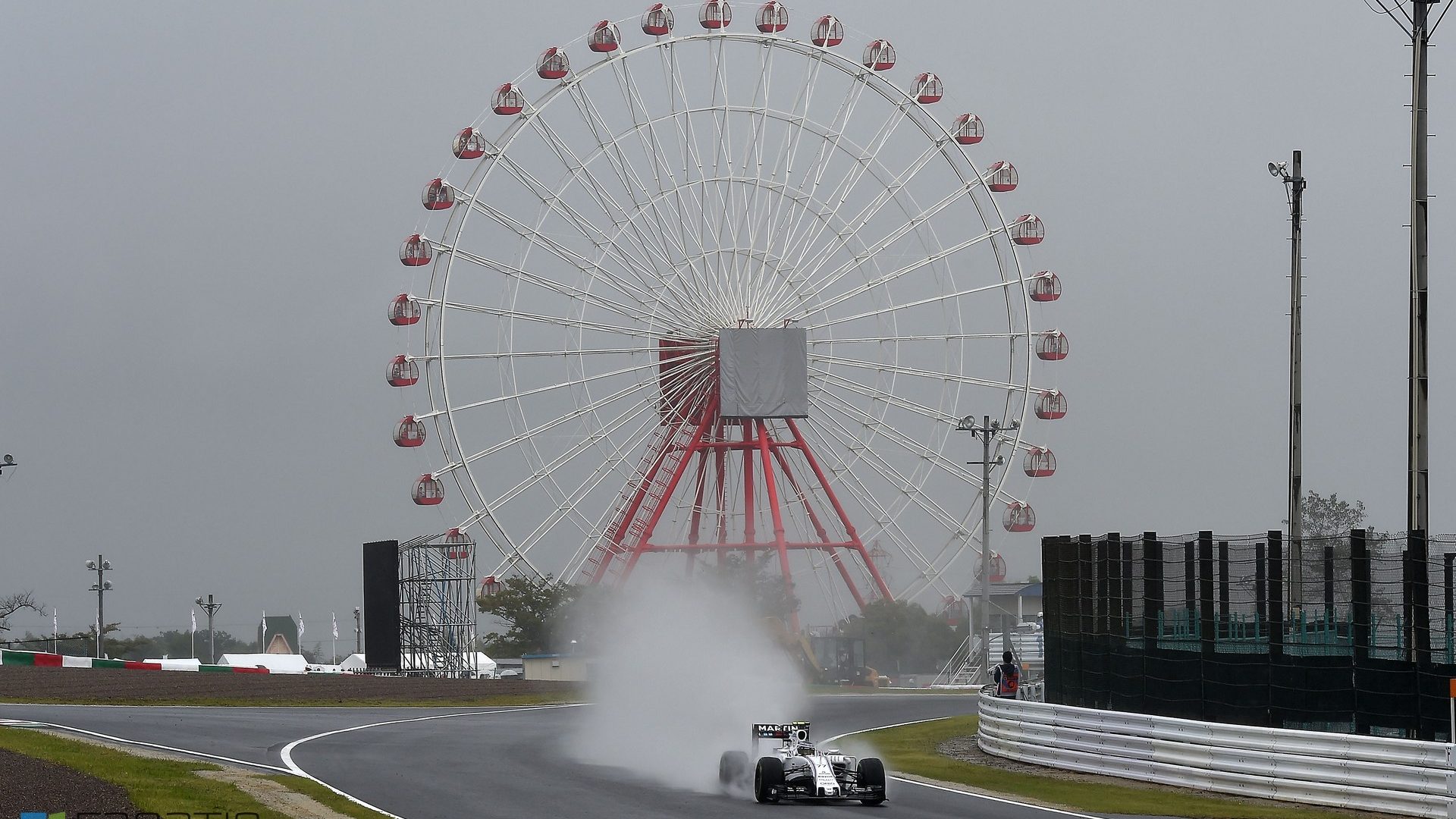 Wet conditions are possible for both the qualifying session and race at Suzuka this weekend.

Formula One’s official weather forecaster Ubimet warned on Tuesday of a “significant risk for rainy, slick conditions” during the race. Japan’s meteorological agency puts the chance of rain on race day at 60%. However the prospect of rain on Saturday is higher still at 80%.

Tomorrows practice sessions are currently expected to be held in dry conditions. Temperatures will reach around 24C and remain at a similar level for much of the rest of the weekend.

The rain is forecast to arrive on Friday evening and the risk of showers will remain throughout much of Saturdays running. Further showers on Sunday morning may keep the track wet, and thunderstorms are even possible around the race start time of 2pm.

The last two Japanese Grands Prix weekends have seen rain-affected sessions. The 2014 race ran in the aftermath of Typhoon Phanfone and practice was hit by rain last year. The circuit’s drainage system was extensively upgraded ahead of last year’s race in the wake of the 2014 crash which claimed the life of Jules Bianchi.

23 comments on “Rising chance of rain during Japanese Grand Prix”