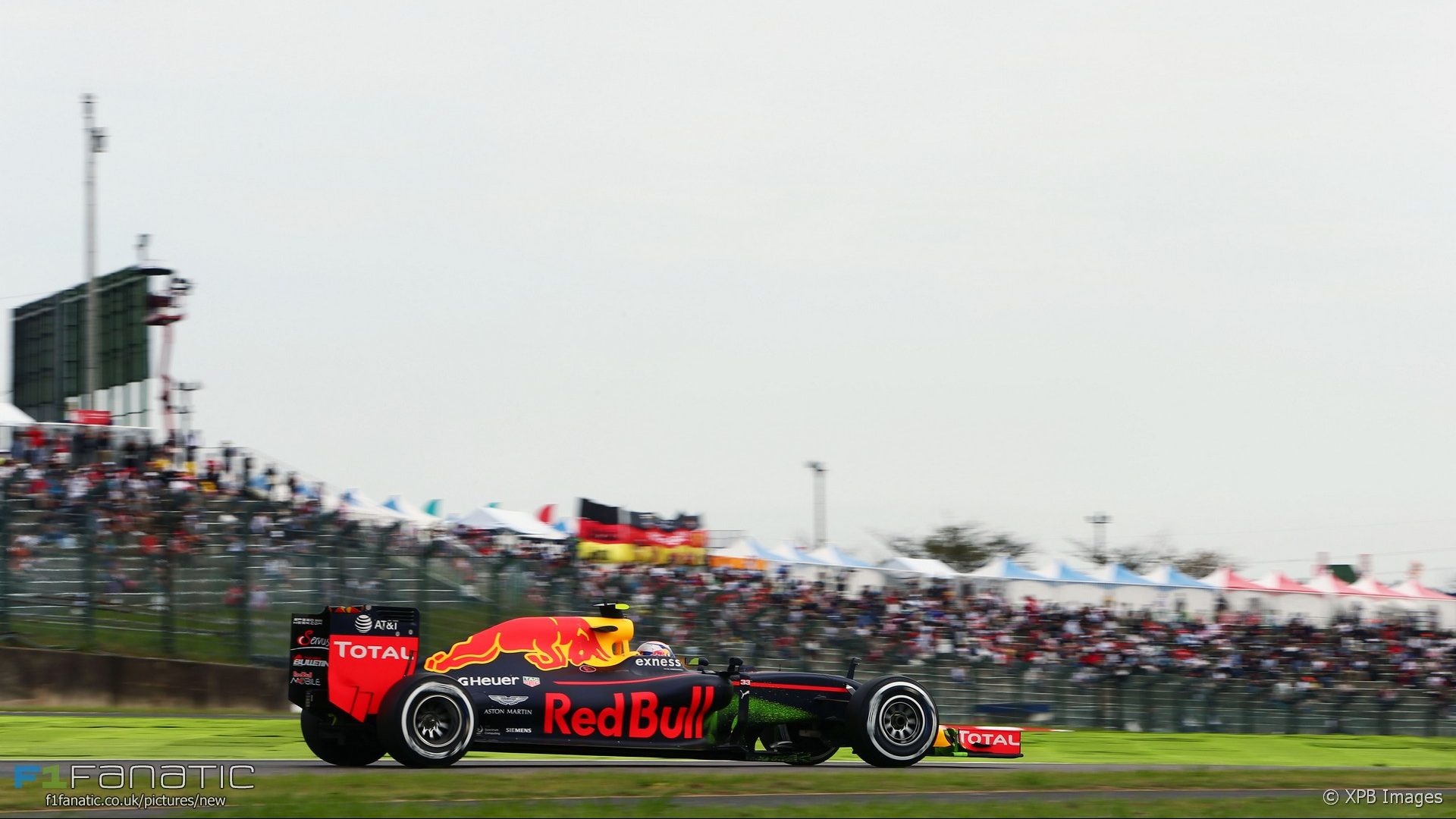 Daniel Ricciardo believes the wet conditions expected for Saturday’s qualifying session at Suzuka will give Red Bull a chance to take the fight to Mercedes.

“If it rains for quali, it won’t hurt us and we might even be able to get on the front row,” said Ricciardo.

The Red Bulls lagged well off Mercedes’ one-lap pace in second practice. However Ricciardo and Max Verstappen had to abandon their original runs on soft tyre due to a Virtual Safety Car period. As the track is wearing the soft tyres out quickly, they were unable to set representative times.

“We made some improvements from this morning,” said Ricciardo, “the lap we had to abort because of the Virtual Safety Car looked to be in the 32s which was close to Kimi [Raikkonen’s] time.

Mercedes’ qualifying pace is usually stronger than their race pace. More rain on Sunday would be welcome for Red Bull but some forecasts are now indicating the rain will not return until after the race.

Red Bull stand a good chance of being competitive even if it isn’t wet. Mercedes have imposed some new limits on their engine use following Lewis Hamilton’s breakdown in Malaysia.

“After Malaysia we are looking for another good result,” said Verstappen, who looked slightly quicker than his team mate again during practice. “This track should suit us and we are close to the top guys at the moment.”

“Ferrari are in the mix, short runs look OK but I’m not sure how their long ones are going, I’m hoping we can handle them though. There are talks of rain for later in the weekend which for us I think will play into our hands, we can’t be sure but if it comes I think we can be even stronger in qualifying and the race.”

If the race is run in dry conditions, drivers may therefore find the track rather different to how it was this afternoon. The hard tyre (which Hamilton used on his longest run, below) looked the better race tyre than the medium (used by Rosberg) but Pirelli advise that may reverse if Sunday’s conditions are cooler. The Red Bull pair used the hard tyres for their longest runs.

McLaren’s drivers were not happy with their race simulations at Honda’s home track. “Our long-run pace is more of an issue,” Jenson Button admitted, “and that’s something we need to solve as it’s usually a forte of mine, and it wasn’t today.”

“The degradation is significant, we’re some way off, and we’re looking into the reasons why. I think there’s something not quite right, as opposed to there being a set-up issue; but hopefully we can fix it by tomorrow.”

Remarkably, Hamilton has never had a pole position at Suzuka, but he was within a tenth of a second of Rosberg today. He tends to perform better in wet weather sessions than his team mate as well. Pole for him with his team mate behind one or both of the Red Bulls is the bet result he can hope for tomorrow.