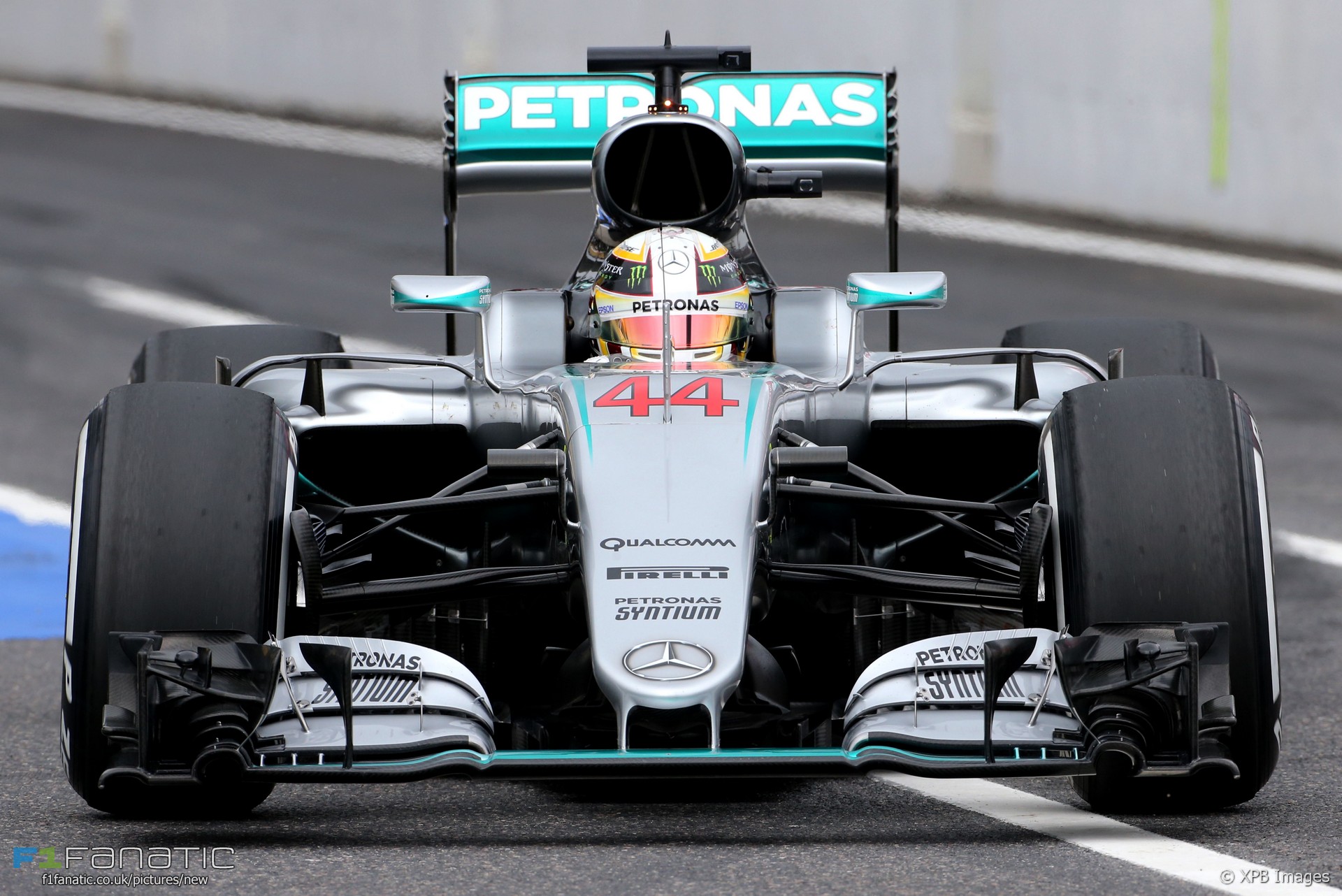 Lewis Hamilton said he was relieved to get as close as he did to pole position after abandoning his original set-up on his Mercedes.

Hamilton has lagged behind his team mate throughout the Japanese Grand Prix weekend. Nico Rosberg was quicker in all three practice sessions and all three stages of qualifying.

“This weekend generally has not been that easy,” Hamilton admitted to reporters after qualifying, “not that they’re ever easy, but not as strong as the last race.”

“I was veering off a certain way on my set-up. Had to shuffle back and was kind of in no-man’s land going into qualifying.”

“So considering that I managed to pull it back, that kind of gap, I’m quite happy with it really. I was making progress and I did the best job I could.”

Hamilton heads into Sunday’s race aware that a repeat of last weekend’s engine failure could seriously damage his championship chances. He said he’s had assurances from Mercedes that his driving style has not contributed to his recent problems.

“There’s nothing wrong with my driving style,” he said. “Obviously someone asked the question so then I asked the team. It’s not the case, never has been, which is a positive thing.”

“I think tomorrow, my engine has one less race than Nico’s, this is his last race. Hopefully mine’s strong throughout.”