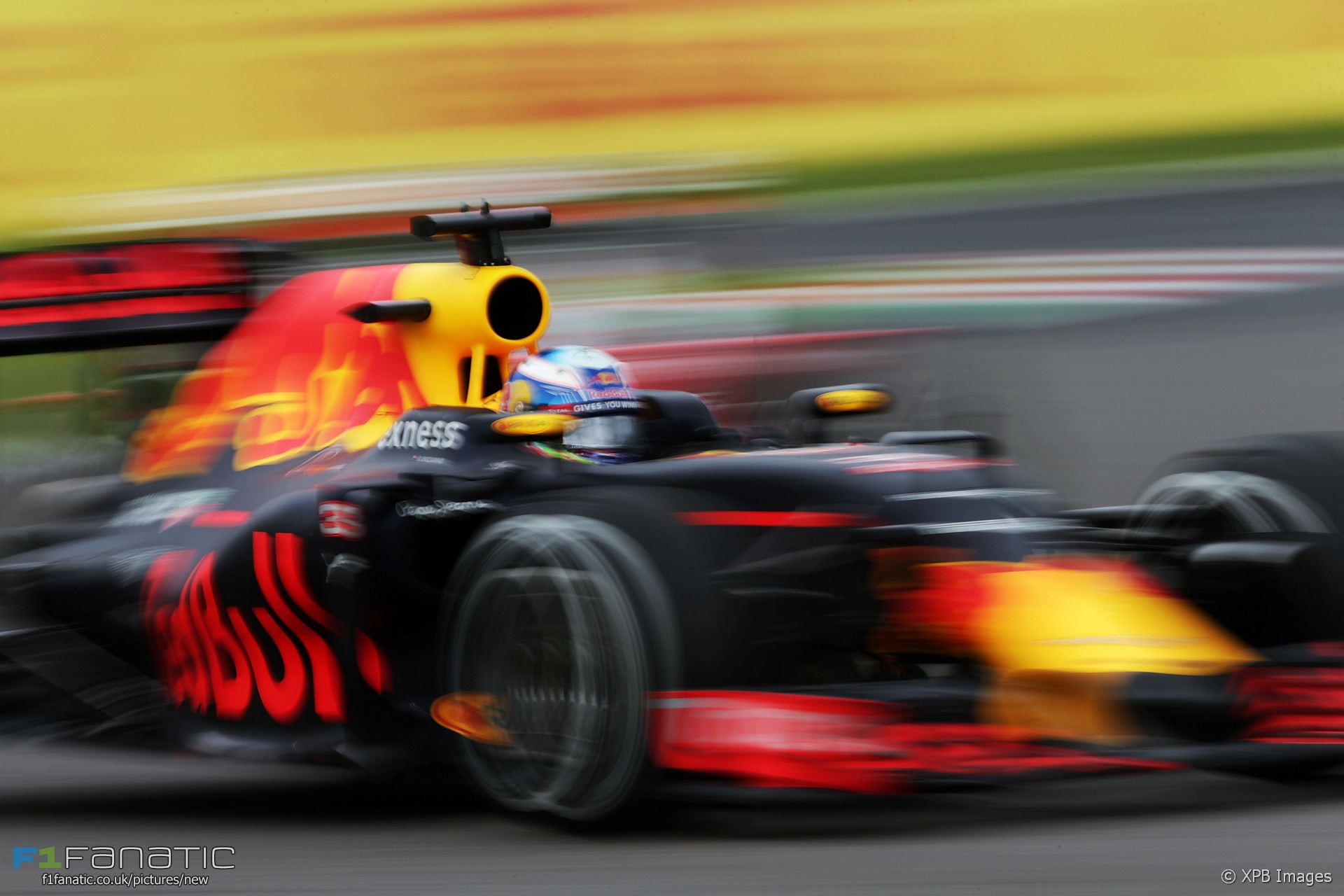 Daniel Ricciardo said a loss of speed on the straights hampered his effort in qualifying for the Japanese Grand Prix.

“I did what I could,” Ricciardo told reporters after qualifying sixth. “We had a few issues in qualifying. It’s a little bit frustrating to see how close it is.”

“I was trying. The second lap at the end I found a little bit in sector one but then felt like it hurt the tyres the last part of the lap.”

“It’s a little bit frustrating not to be further up but obviously we gain a position with Seb [Vettel] having his penalty but we were aiming for the first two rows.”

Ricciardo said the problem on his car was different to the gearbox fault his team mate experienced during the session. “I was just a little bit slower down the straights,” he said, adding he hopes it won’t repeat in the race. “It may have been there last weekend,” he added.

“It’s just a little bit frustrating, when you give away free lap time, it’s hard to take as a driver. But it is what it is for now.”

Ricciardo said he doesn’t think Mercedes will be as far ahead in the race as they have in recent rounds. “I’m still looking ahead to the race with good optimism,” he said.

4 comments on “Ricciardo frustrated by loss of speed on straights”