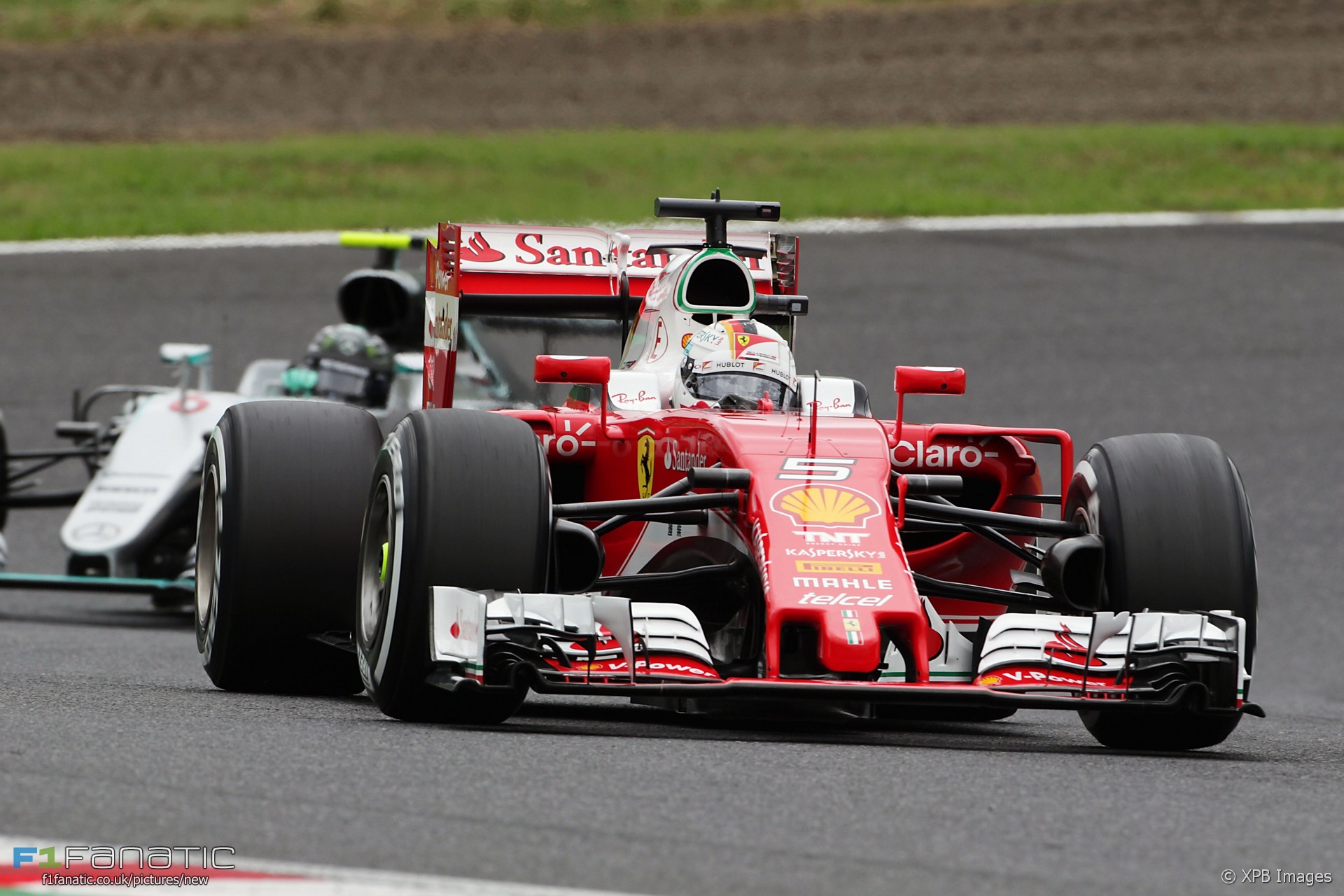 Sebastian Vettel said he was pleased to disprove those who said Ferrari would not be competitive at Suzuka after the team out-qualified Red Bull.

“The car’s been really good today,” Vettel told reporters after qualifying. “Third was there to grasp but I miss a little bit in Q3, had a small mistake, especially in the final stages of the lap. So I think in that regard Kimi [Raikkonen] had a better lap.”

“But all in all it’s been a really positive day on a track where people said we don’t have any chance. I think we’ve proved that our car is very good. Obviously it’s been a tough season so far but I think a very positive result on a very difficult and demanding track.”

Vettel believes the team should be as strong again in the race. “I think the speed such be there tomorrow, should be close,” he said. “Obviously Mercedes seems to be a little bit further away but for sure it’s going to be a good fight. With the penalty that I get we are not that far off.”

Ferrari has introduced some aerodynamic updates recently but Vettel did not single those out as the cause of its gains. “I think we brought the balance together,” he said.

“Obviously we had a couple of bits that seem to work well this weekend so I don’t think it’s to say what is working today that didn’t work other times.”

“I think it’s been very close and this time obviously we’ve managed to put both cars ahead. Arguably I think in Malaysia it was possible, in qualifying we seemed to drift off a bit but now we are here and happy where we are.