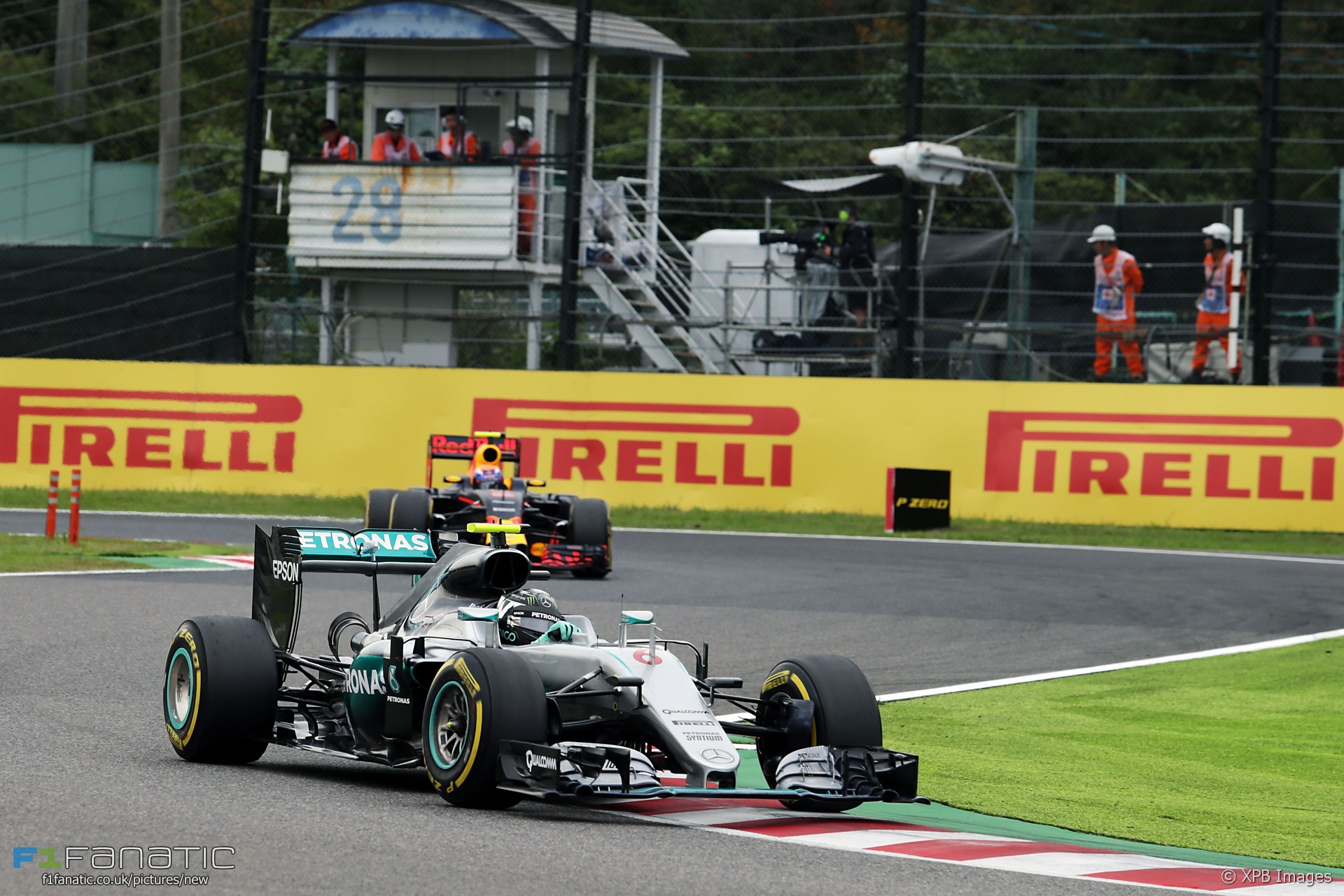 Nico Rosberg scored his ninth victory of the season in the Japanese Grand Prix on another tough day for his team mate.

While Rosberg kept his lead at the start, Lewis Hamilton made a poor getaway and fell back to eighth place. He spent the rest of the race clawing his way through the field, and as the chequered flag fell he was still trying to wrest second place from Max Verstappen.

Rosberg opened up a 33-point lead over Hamilton in the championship. That means he could now finish second to his team mate in all the remaining races and clinch the title.

The two Ferraris completed the top five, Sebastian Vettel ahead of Kimi Raikkonen, who jumped Daniel Ricciardo at his final pit stop. The second Red Bull driver was delayed on his last visit to the pits.

The Force India pair came home ahead of the two Williams drivers, strengthening their hold on fourth place in the constructors’ championship. Both Williams drivers ran one-stop strategies having started outside the top ten. Neither Haas driver scored despite both of them starting in the points, though Romain Grosjean finished within a second of tenth-placed Valtteri Bottas.

All 22 starters finished the race.

56 comments on “Ninth win for Rosberg puts title in sight”