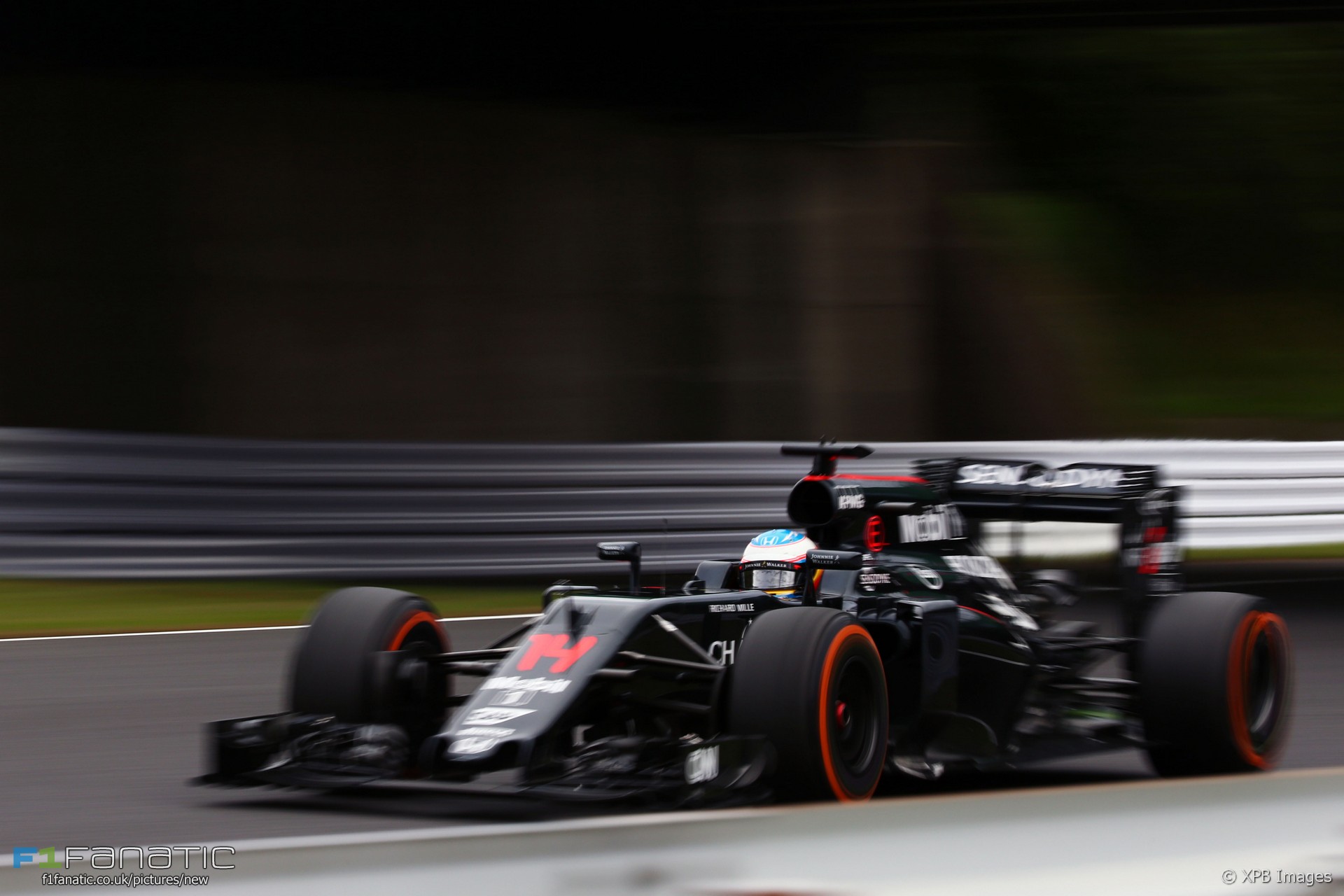 Fernando Alonso is hoping McLaren’s poor weekend in Japan isn’t a sign of things to come.

The Honda-powered team suffered by far their worst two-car result of the year at the circuit owned by the Japanese manufacturer.

“To finish 16th and 18th today is a rather nasty surprise,” said Alonso, “especially after finishing seventh in Singapore, and seventh and ninth in Malaysia just last weekend”.

“I hope this was an exceptional and unique event, and that we’ll return to business as usual at the next race, in Austin”.

Last year Alonso repeatedly criticised the performance of Honda’s power unit at their home race, but he said the car’s other shortcomings were apparent at Suzuka this weekend.

“It was clear that the layout of the track didn’t suit our package,” he said, “we lacked downforce through the faster corners”.

Alonso believes the McLaren is “much more competitive than we were able to show today”.

“I’m obviously disappointed about putting on such a poor show at Honda’s home race. But we’ll head back home, analyse what happened, and bounce back from this disappointment.”