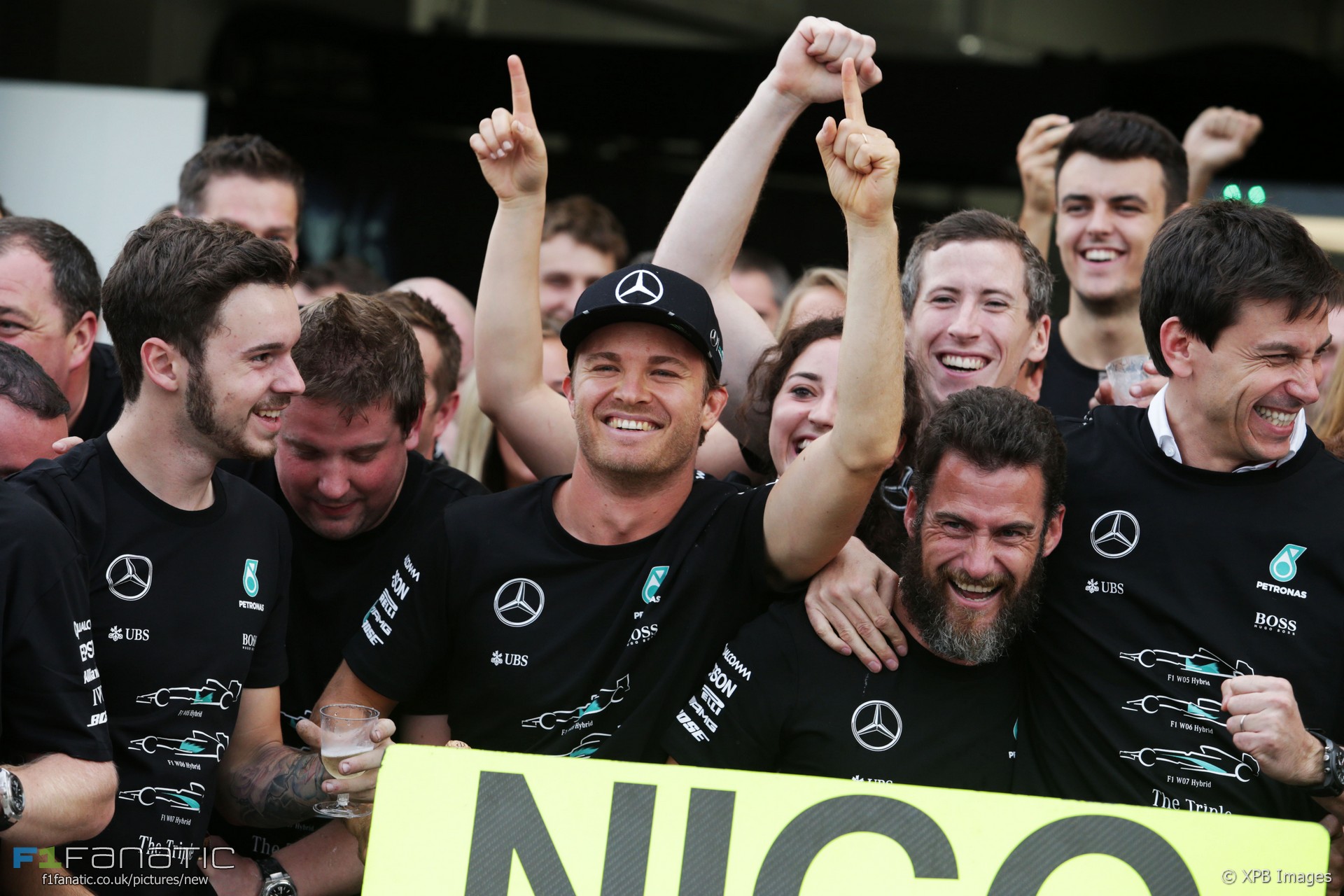 Mercedes have won the Formula One constructors’ championship for the third year running after Lewis Hamilton and Nico Rosberg finished on the podium in Japan.

The Brackley-based team also won the constructors’ championship as Brawn in 2009. Mercedes took over the team at the beginning of the 2010 season.

Mercedes have won 15 of the 15 races so far this year and taken pole position at all bar one of them.

Mercedes executive director Toto Wolff said: “It is a great honour today to represent the hundreds of people in Brackley, Brixworth and Stuttgart who have made us triple world champions.”

“The story begins on the shop floor of our team and goes all the way to the board room of Mercedes-Benz. It is a tale of passion, commitment and incredible people working beyond their limits to win. And not just doing it once, but re-motivating themselves to surpass their achievements year after year.”

“This is their moment – all those heroes in the background who are the core of what makes this team so special. It is a humbling experience to walk the corridors of our factories and to see their faces every day. If I had a hat like Niki [Lauda’s], I would take it off to them.”

“And, okay, it might sound a bit corporate, but we couldn’t do it without the support of all the partners who invest in our vision and in our determination to win. Thank you to each and every one for their fantastic contribution to this success.”