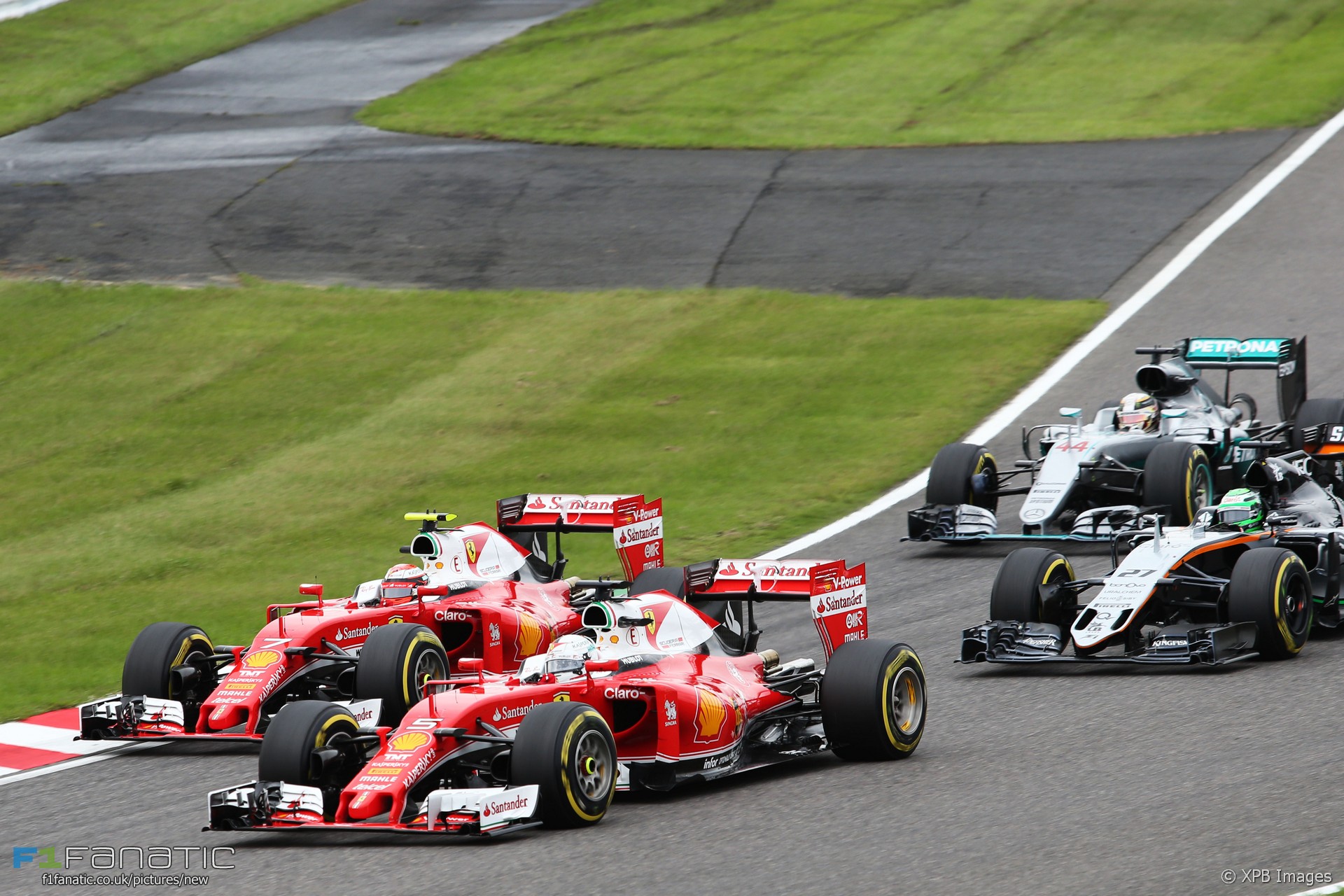 Sebastian Vettel says lapped cars cost him several seconds in his fight with Lewis Hamilton in the Japanese Grand Prix.

The Ferrari driver was one of several who repeatedly complained on the radio about the slower cars failing to respond to blue flags.

Vettel told reporters he had been frustrated as Hamilton had caught the traffic on the straights while he was held up by them in the corners.

“I lost three or four seconds with Lewis just across the blue flags,” said Vettel after the race. “I had them sitting in front of me in the sections with a lot of corners.”

“Some of it, sure, was subjective, you don’t really see the full picture and other people lose time as well. Sometimes you lose, sometimes you win in these situations and I think today we weren’t the luckiest ones. But in the end it didn’t really matter.”

Vettel said he had “one shot” to re-pass Hamilton but the Mercedes was much stronger. “If you look at the gap at the end they were quite far ahead of us. We just had more tyre degradation to fight with than what we expected.”

After finishing fourth, Vettel said it had been a “positive weekend” for the team. “Obviously with the penalties for both of us it was harsh because you start out of position.”

“That’s why we, when Max [Verstappen] pitted very early, to go on another set of hard tyres, we decided to stay out. I think it was the right thing to do. Unfortunately the tyres at the end didn’t hold up as much as we hoped for.”