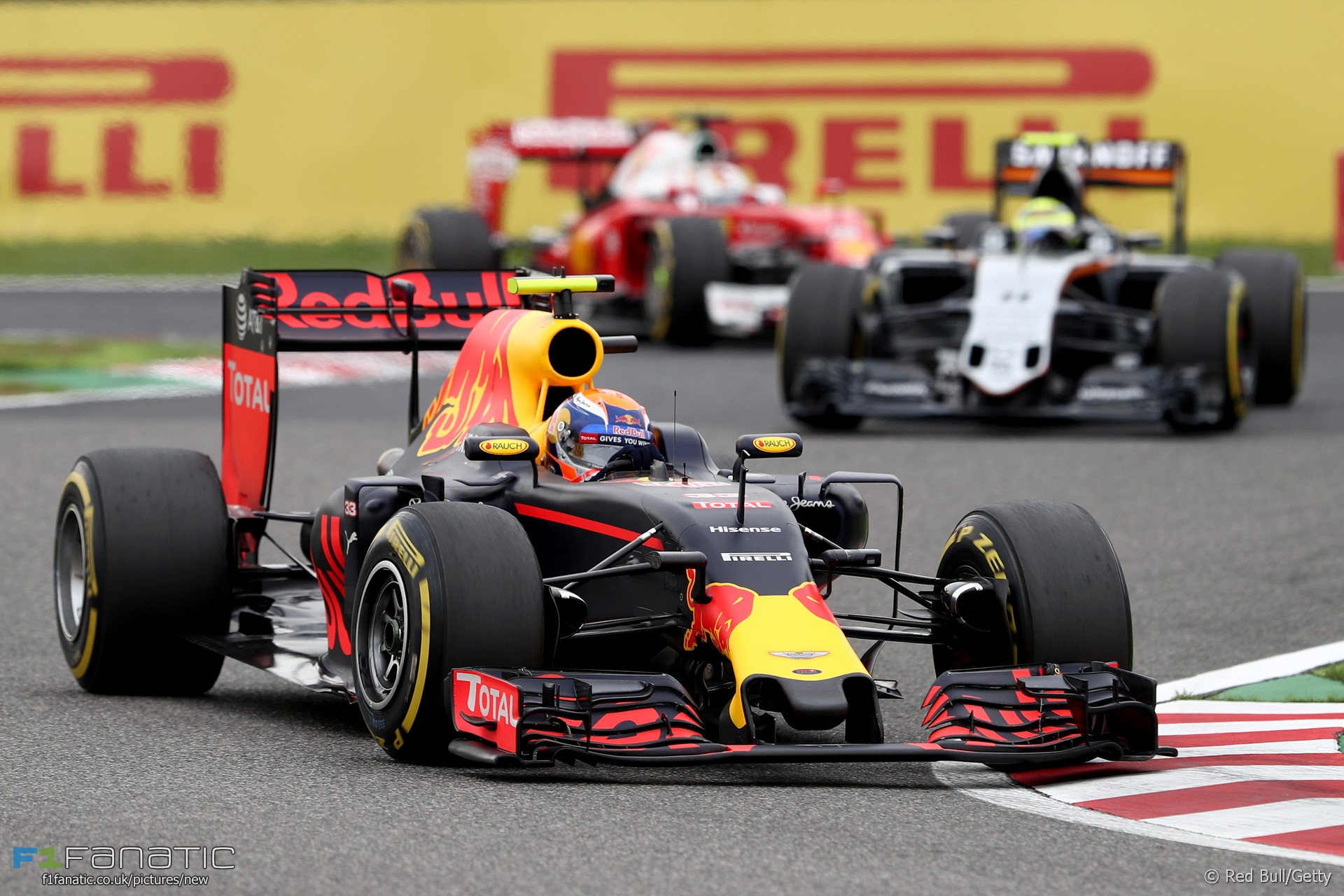 The Red Bull driver was one of several to complain during the race that lapped drivers were not moving out of the way quickly enough after being shown blue flags.

“I had some concerns about the blue flags,” said Verstappen, “I think we need to talk about it.”

“I have been in the same situation last year and earlier this year, I understand from their [back-markers] perspective you want to race but the guys lapping you are racing for a podium so you have to have a different approach.”

*Refers to lap message was broadcast by FOM