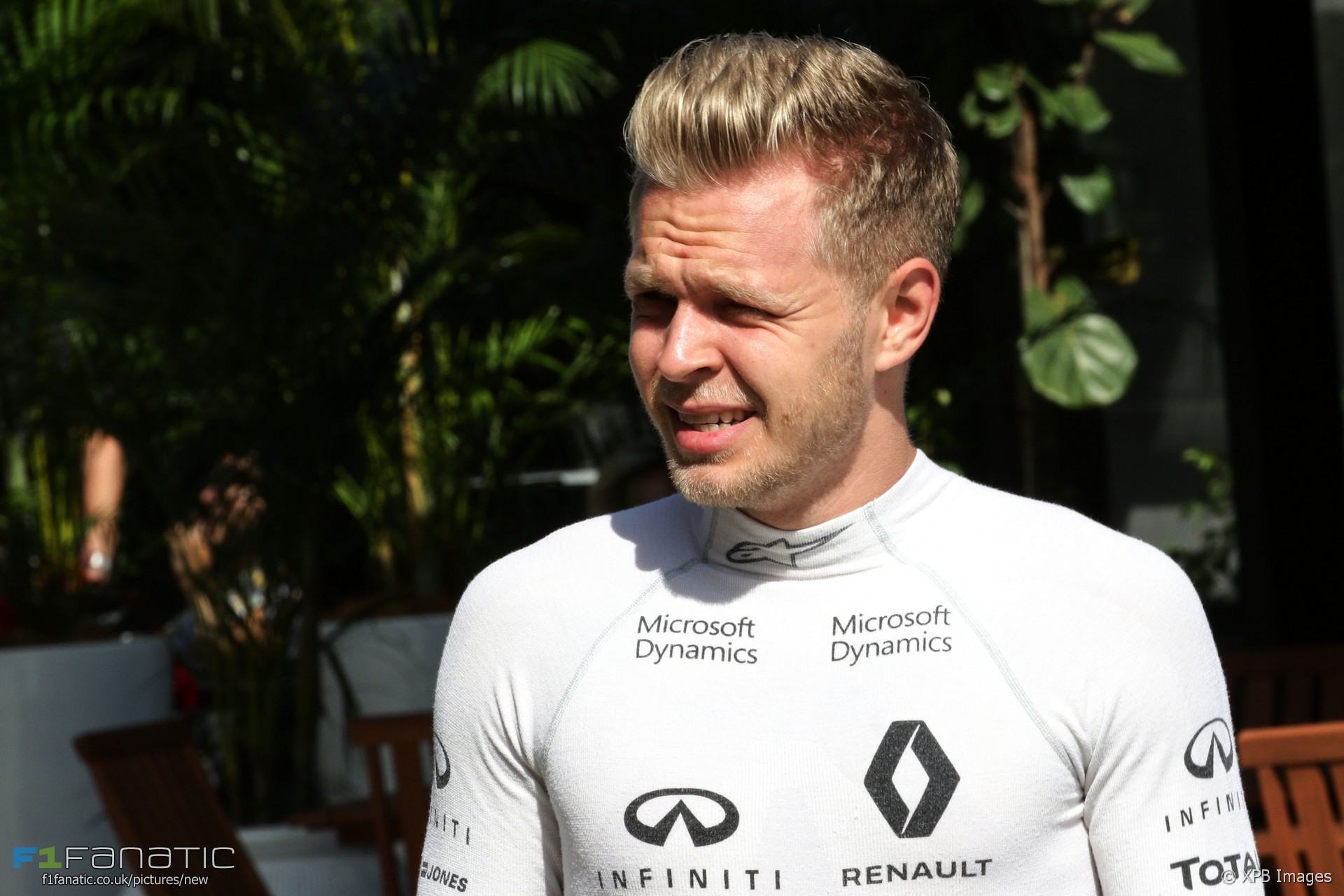 In the round-up: Kevin Magnussen has been tipped for a switch to IndyCar with the Honda-powered Andretti team.

Magnussen in frame at Andretti (Racer)

"Rumors of a solid financial incentive being offered to run Magnussen in IndyCar have also made the rounds."

Lawrence Stroll: "Lance will be in F1 next year."

"There is a seat left at Force India now so, of course, discussions have taken place, but let's see how it develops."

"Force India driver Sergio Perez reportedly decided not to join Renault because of uncertainty concerning the chain of command, but Vasseur hinted something else was at play there."

"Yes and I am actually surprised how much they are supporting, it's very positive. When you make a big effort and you see that people realise about it, you perform and they see how you are performing, and they also consider that I didn't have the opportunities."

"We don't take anything for granted in terms of carry over of performance advantage. It's a complete re-set, and we start from scratch."

I do love the #USGP 🇺🇸 and I know it well from visiting many times. The race in Austin is a great event and the circuit is really good 👌🏻 pic.twitter.com/QI8qq5U9rD

Thoughts on how F1 could improve its game offering:

I wonder how much money could be made from an official F1 Esports game?

Racing games are very popular, and the graphics have got to the point that the viewing experience isn’t that different from real world racing, so it’d be relatively easy to cross sell the sport with the Esport. Get the established fans into Esport, and the gamer kids into F1.

I’m surprised they’re not offering freemium games for phones and tablets. How many hundreds of thousands of people would be willing to pay for an official team livery for their car ? Or a copy of their favourite driver’s helmet, or the dozens of other little add-ons you find on freemium games?

An official F1 manager game that runs along side the championship should be a no-brainer too.
@Beneboy

Happy birthday to Pascal Wehrlein who is 22 today!