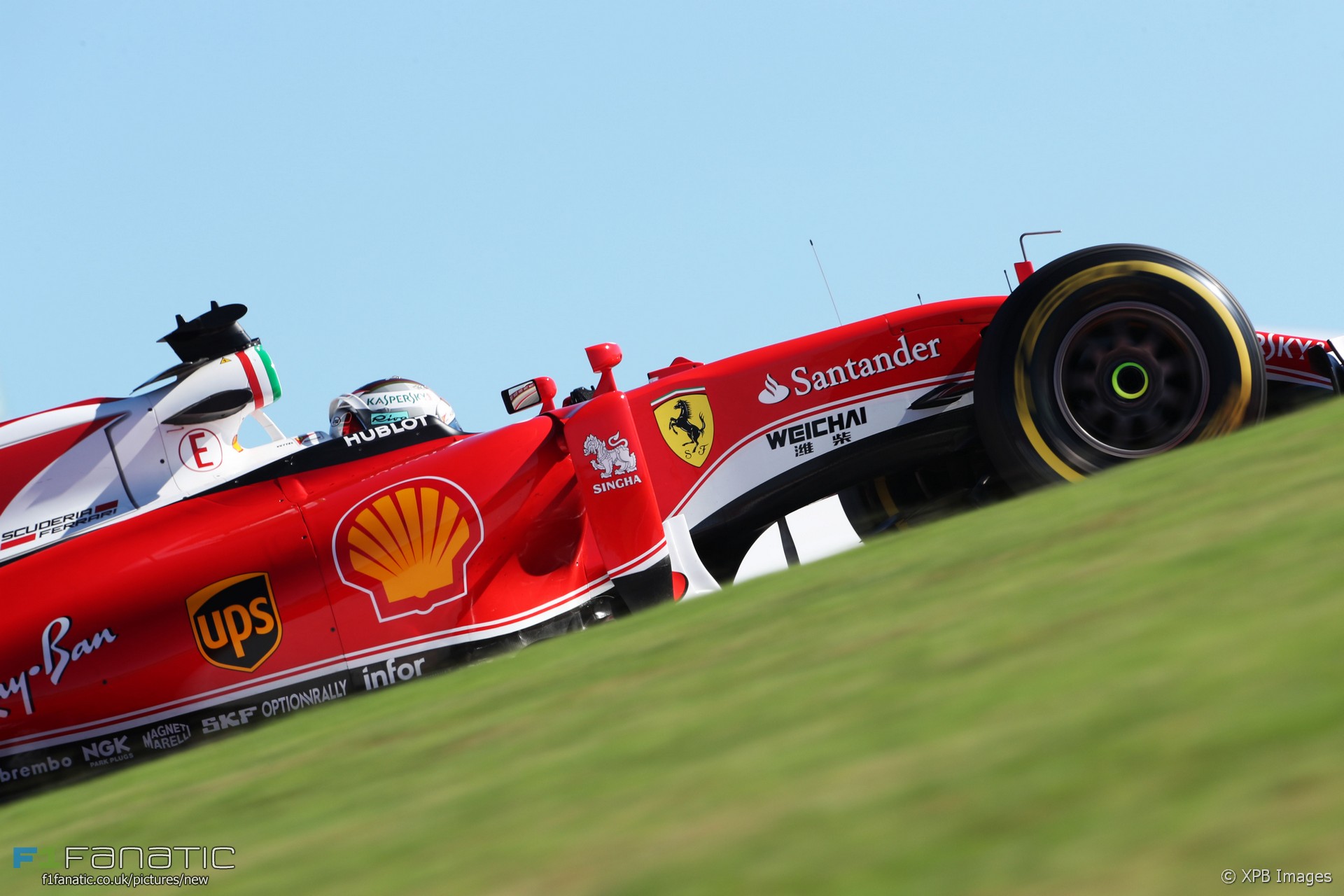 Sebastian Vettel admitted he was unsure why Ferrari has not qualified as well this weekend as they did in Japan.

Both Ferrari drivers out-qualified the Red Bull pair at Suzuka, but Vettel questioned why more of that performance wasn’t evident at the Circuit of the Americas.

“For sure in Q3 I could have done a slightly better lap, but at the end of the day obviously we are missing a bit compared to the cars in front,” said Vettel.

“Probably in my last lap I was a bit too aggressive. There remains a bit of a question mark at this point, at least on why we were so competitive in fast corners in Suzuka and here we are missing out; but then again we are missing out across all sectors.”

Vettel will started tomorrow’s race from sixth on the grid, one place behind team mate Kimi Raikkonen. Both will use super-soft tyres at the start while three of the four cars ahead of them will be on softs.

“There’s always a chance to outsmart the people but I think we have to react on the fly,” said Vettel, who missed out on a podium finish in Japan when Lewis Hamilton jumped ahead of him in the pits.

“The strategy is set for the beginning, in terms the tyres to start the race with, but we kept some new tyre sets, so we’ll see. It could be an interesting race: tyre degradation is always important, it could be playing a big role tomorrow.”