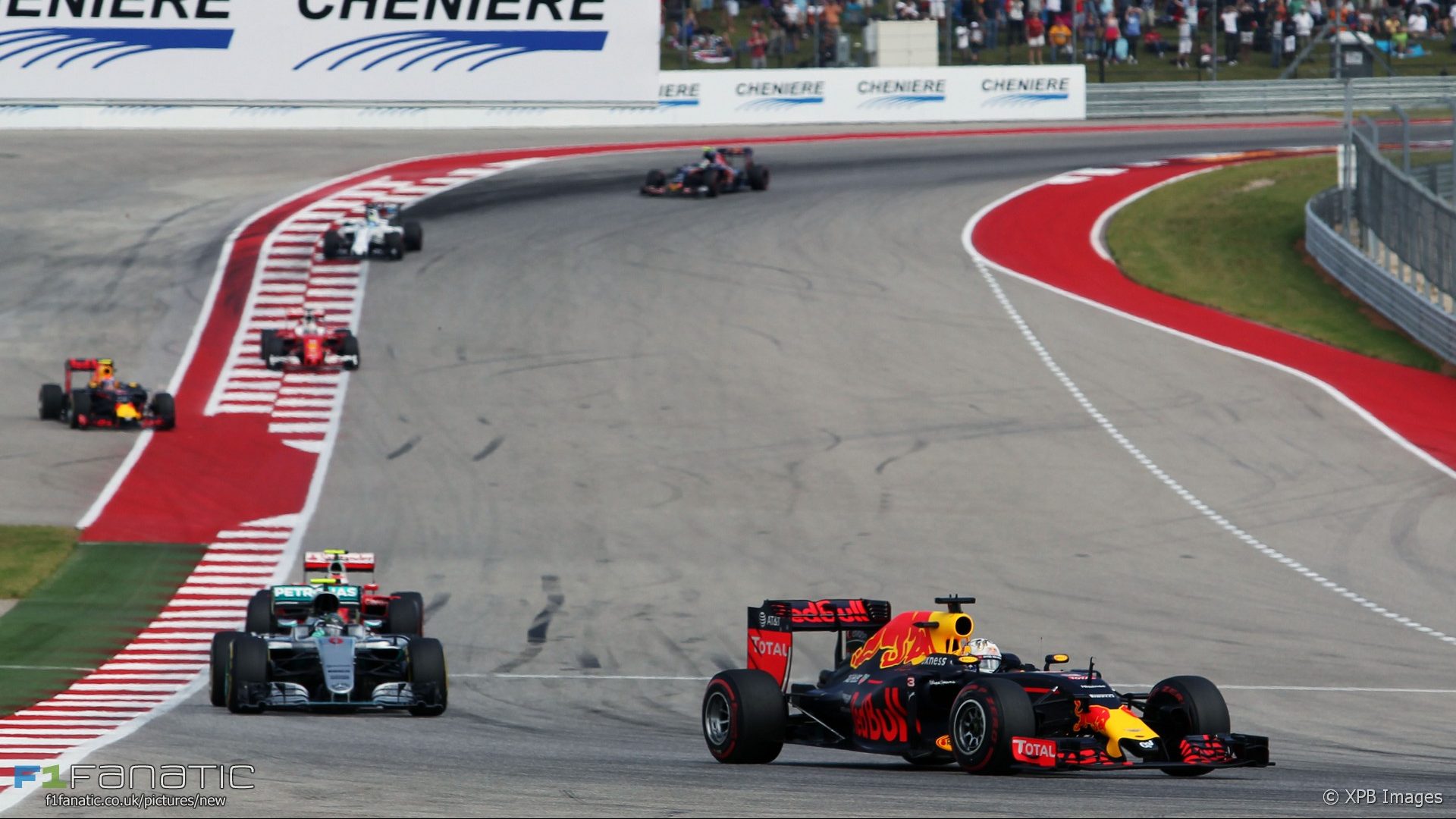 The untimely intervention of the Virtual Safety Car left many wondering what might have been. In particular the prospect of an on-track battle for second position between Nico Rosberg and Daniel Ricciardo vanished when the VSC appeared.

The upshot was an average rating of a little over six out of ten, the second-lowest for a race at the Circuit of the Americas. Here’s what you had to say about last weekend’s race.

With a good start by Hamilton there was never going to be a battle for the lead but at least a battle for second was expected. Well, Verstappen and the VSC ruined it.

Rosberg started well but then I didn’t understand his move to the outside. If he was trying an outside pass on Hamilton, it was way too optimistic. He conceded the inside to Ricciardo who got past. Had he kept the inside line, Ricciardo would have never passed him there. Not that it mattered much in the end, anyway.

Great moves from Perez, great drive from Sainz, and very entertaining aggressive moves by Alonso. The track limits should have been enforced, but they weren’t at all so why not take advantage of it?
Hyoko

Nice overtaking by Verstappen. Overtaking Button in the double-S was just superb. Perfect braking in the corner when overtaking Raikkonen.

But then it was a little bit boring. Alonso spiced it up by overtaking Massa and Sainz with commitment. Loved the enjoyment with the last overtake.

The loss of two of the front-running cars presented opportunities for the midfielders but some were unhappy to see them drop out:

Fell flat after the loss or Verstappen and Raikkonen, like a sandwich that had lost a lot of its filling, and the loss of the Ricciardo-Rosberg battle that was also bubbling up but was neutralised by the VSC. It had the intriguing build up without the climax.

It pains me to give an average score at one of my favourite tracks (the best modern track in my opinion), but some of the DNFs just spoiled the overall event for me.

Great that we had some great battles in the lower midfield, Alonso taking advantage of the great design of the end of the track, where you can take multiple racing lines to position for an overtake
@3dom

Is there an obvious fix for this Virtual Safety Car problem?

The VSC ruined the race. There needs to be a change to the rules which closes the pits while under the VSC to avoid the ten-plus second gain made by those who pit.
@Homerlovesbeer

The Circuit of the Americas has plenty of corners for drivers to get their teeth into but some found they didnt get a strong impression of speed:

When I started watching in 1998 points were awarded to the first six places, so most of the coverage was focused on those first six drivers. The broadcast had less to focus on but they made the coverage exciting by following cars around the track, with filming that conveyed the high-speed the cars carry.

Also many battles were fought in the pits especially during the refuelling era, so broadcast conveyed the excitement with frequent time splits etc. Footage from old days also looks exciting because of the sound. Nowadays the filming makes the cars look slow, they hardly follow drivers around the lap, and although more drivers are fighting for points, the battles seem less exciting.

I think the sport can do much better to convey excitement and speed by improving the way they film and broadcast the race.
@Oni

America’s F1 broadcaster seemed to find another way of broadcasting speed and excitement, according to @Gweilo8888:

For an indication of how boring this race was, note that in the host country NBC ditched almost the entire last hour of their scheduled coverage with barely any post-race wrapup at all, so they could instead show a NASCAR race which was already live (and remained so) on NBC Sports.

Dishwater drivel like this race is not going to popularise F1 in the US market. When your own broadcasters feel they’re better off showing an alternate program on two of their channels simultaneously instead of letting anyone see what you have to offer, you have a major problem with your product.
@Gweilo8888