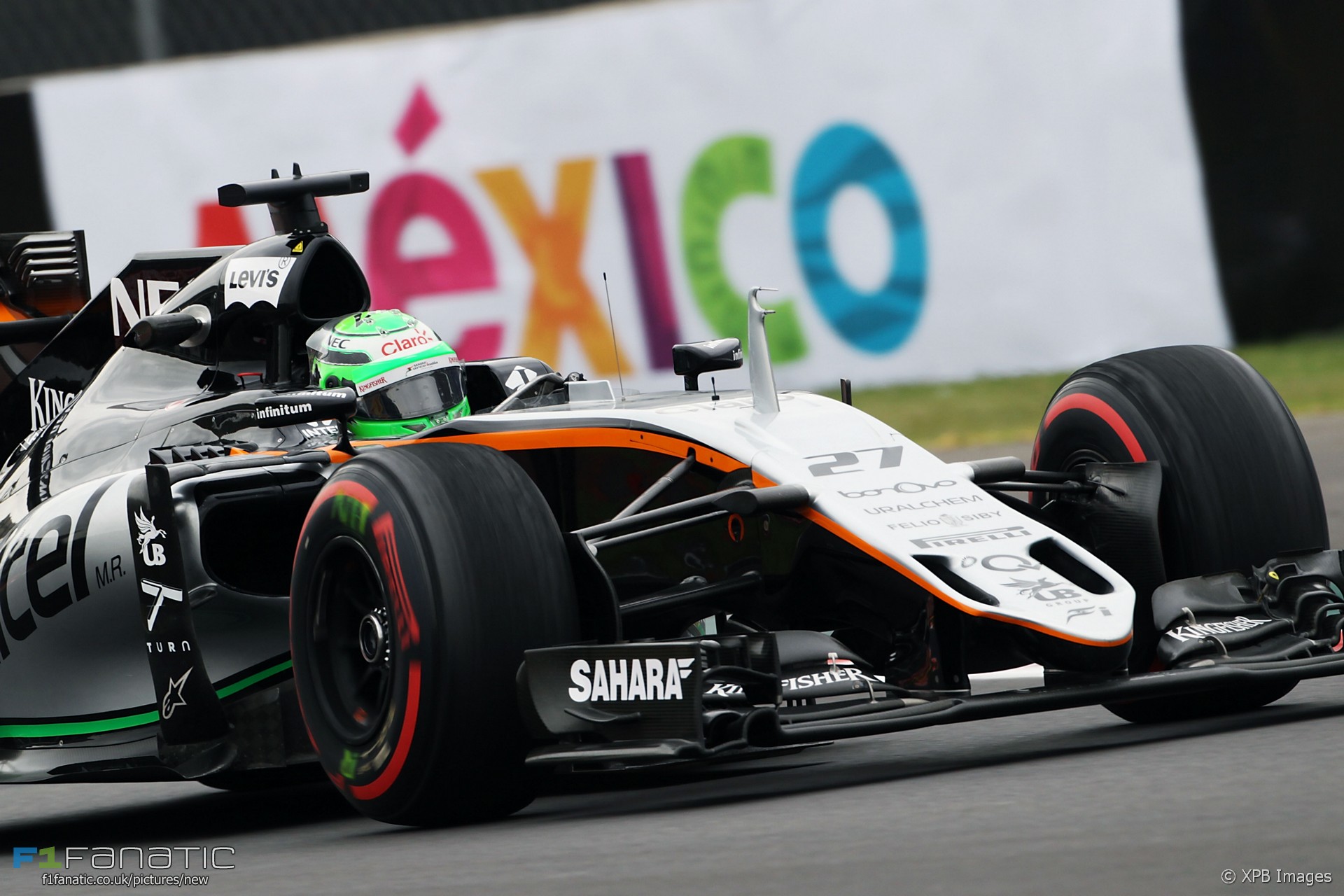 Nico Hulkenberg equalled his best qualifying performance of the year by taking fifth on the grid in Mexico with what he called a “mega” lap.

“The car just got better and better through qualifying with the track gripping up,” Hulkenberg told reporters.

While other drivers were perplexed by changing conditions in the final phase of qualifying, Hulkenberg said his car kept improving.

“It’s obviously not a low-downforce track but due to the altitude it’s quite low-downforce,” he said. Track evolution just seemed to help the car and pick up the balance and the pace for us. And perhaps we did a good job as well understanding the tyres, getting them into the sweet spot.”

Sergio Perez missed the cut for the top ten and was over half a second slower than his team mate in Q2. Hulkenberg said his best lap of the session came in the final minutes.

“My first lap in Q3 was really mega, I don’t think there was anything more to squeeze out of there,” he said. “A really good qualifying.”

Hulkenberg has been involved in lap one incidents three times so far this year including at the last race in Austin. He starts tomorrow’s race behind the two Mercedes and two Red Bulls.

“You always have to be careful at the start but every start has a different dynamic,” he said. “You have to play it by ear, see where the gap is.”

“I think last weekend qualifying went great but it was my mistake. It should be fun tomorrow.”

13 comments on “Hulkenberg explains “mega lap” for fifth on grid”