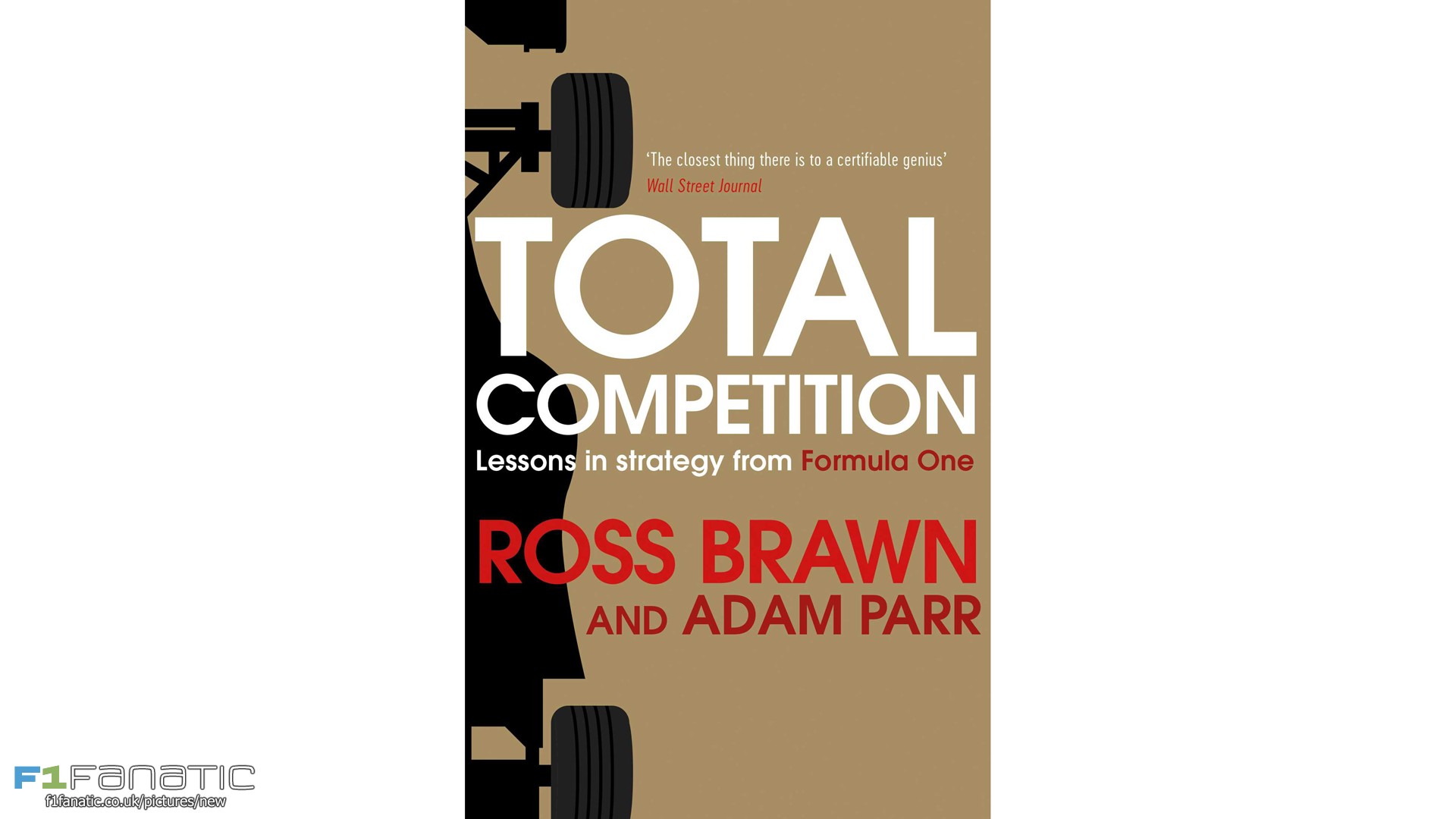 The most absorbing non-fiction books are those which can be read in more ways than one.

Having steered four Formula One teams to a dozen world championships, Ross Brawn’s memoirs were always going to make a compelling read. But “Total Competition” is more than that.

Subtitled Lessons in Strategy from Formula One, “Total Competition” is positioned as a guide to strategic thinking. It’s even styled to resemble one of those management self-help books. Fortunately it nothing like as excruciating to read.

Co-author Adam Parr, who spent three years at the sharp end of F1 politics with Williams, explains Brawn’s approach to Formula One through the context of Sun Tzu’s two-thousand year-old reference work on warcraft, The Art of War. Parr used the same title for the 2012 graphic novel which told the story of his time at Williams (and it makes a useful companion piece to this new book).

The digressions into the history of warfare are the least engaging parts of “Total Competition” but they are brief. What grated more were the lapses into question-and-answer format which made it feel like an extended magazine article.

But these minor stylistic quibbles don’t detract from the fascinating substance of the book. “Total Competition” can be read both as a biography of one of F1’s most successful off-track competitors and a reference manual for aspiring team bosses. Both of these are illuminating, but it has a third dimension which is even more interesting.

In the weeks since review copies went out several stories have emerged about the revealing new details contained within. Such as Brawn being unaware of Ferrari’s controversial veto power over rules changes in F1 and the fracturing of relationships at Mercedes which led to his departure.

Brawn has remained in the headlines after confirming he has been in discussions with Liberty Media about the future of F1. This has inevitably prompted speculation he might play a role in it one day.

Sections of “Total Competition” make a convincing manifesto for how Formula One could solve the deep-rooted problems which have been ignored and even cultivated under Bernie Ecclestone. Is this the white paper on how to fix F1 we have all been waiting for? That remains to be seen.

It is, however, undoubtedly an absorbing and revealing read. A few years from now we may reflect on this as one of the most important books on Formula One to appear for a long time.

Buy “Total Competition: Lessons in Strategy from Formula One”

Total Competition: Lessons in Strategy from Formula One

9 comments on ““Total Competition” by Brawn and Parr reviewed”