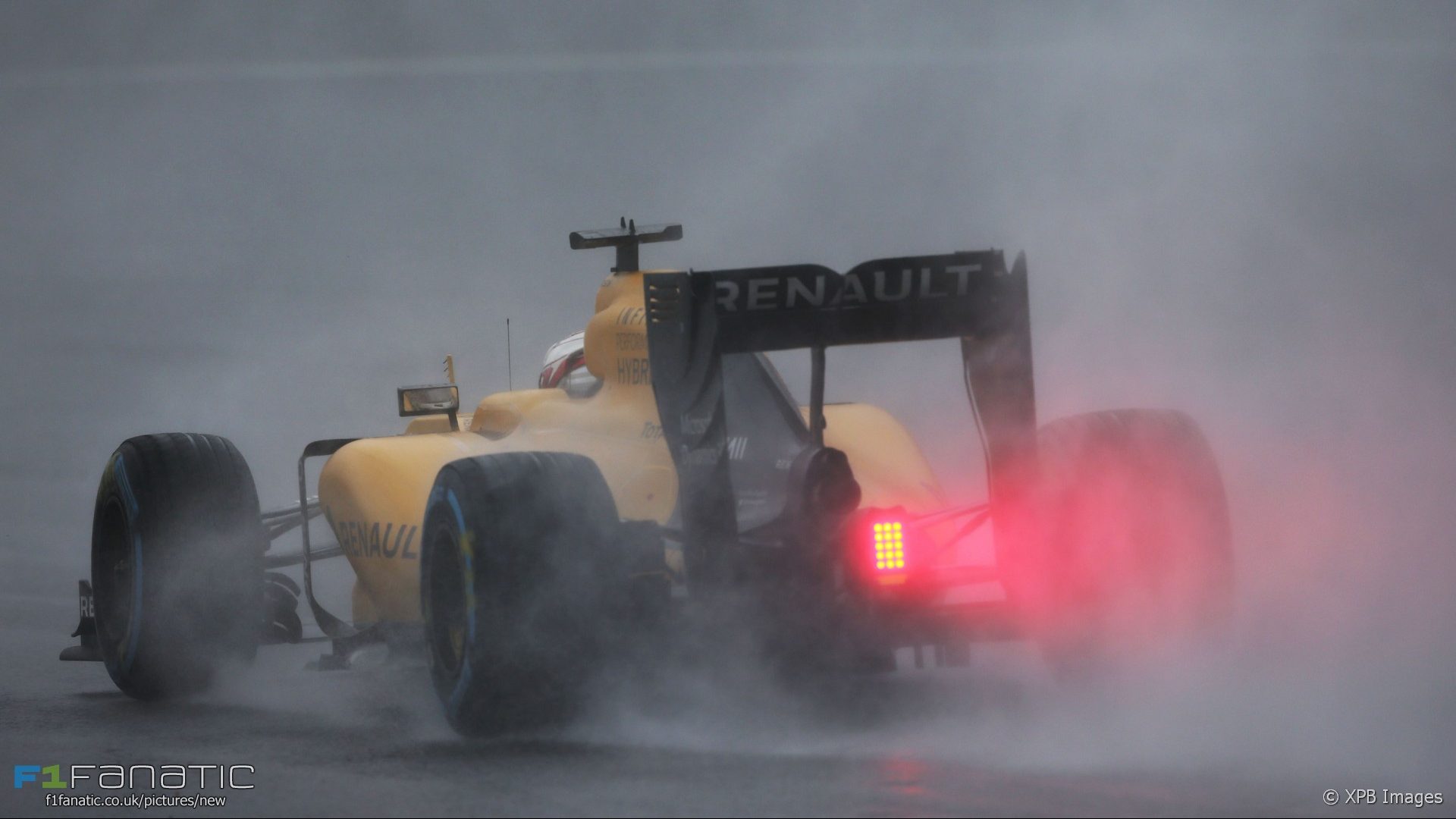 Kevin Magnussen believes the decisions about when to use the Safety Car during the Brazilian Grand Prix were too conservative.

The Renault driver ended the race in 14th position but said “I do wish we could have driven more today.”

“Of course you should have red flags to clear a crash and safety should always be the priority, but after that, I feel we were too careful with driving in the wet.”

The race was red-flagged on two occasions. The first came after Kimi Raikkonen crashed on the pit straight and the second followed an aborted attempt to resume the race after the initial stoppage.

Magnussen believes it should be down to the drivers to cope with the conditions, however challenging they are.

“At the end of the day it’s up to us drivers to slow down enough to get around it,” he said. “We just need to drive to the conditions and not go over the limit, which is exactly what we do in the dry.”

“The conditions today were definitely testing, especially turn 12 which isn’t actually a corner in the dry but became a real corner in the wet,” he added. “There was clear aquaplaning there, and even if there hadn’t been, it was still on the limit.”

Magnussen’s team mate Jolyon Palmer retired from the race after crashing into Daniil Kvyat. “The visibility was so bad that I couldn’t even see past my steering wheel,” he said.

“I didn’t see where the corner went, I knew that there was the pit wall and pit lane somewhere. I just couldn’t see anything. Kvyat in front of me was slower and I hit him.”