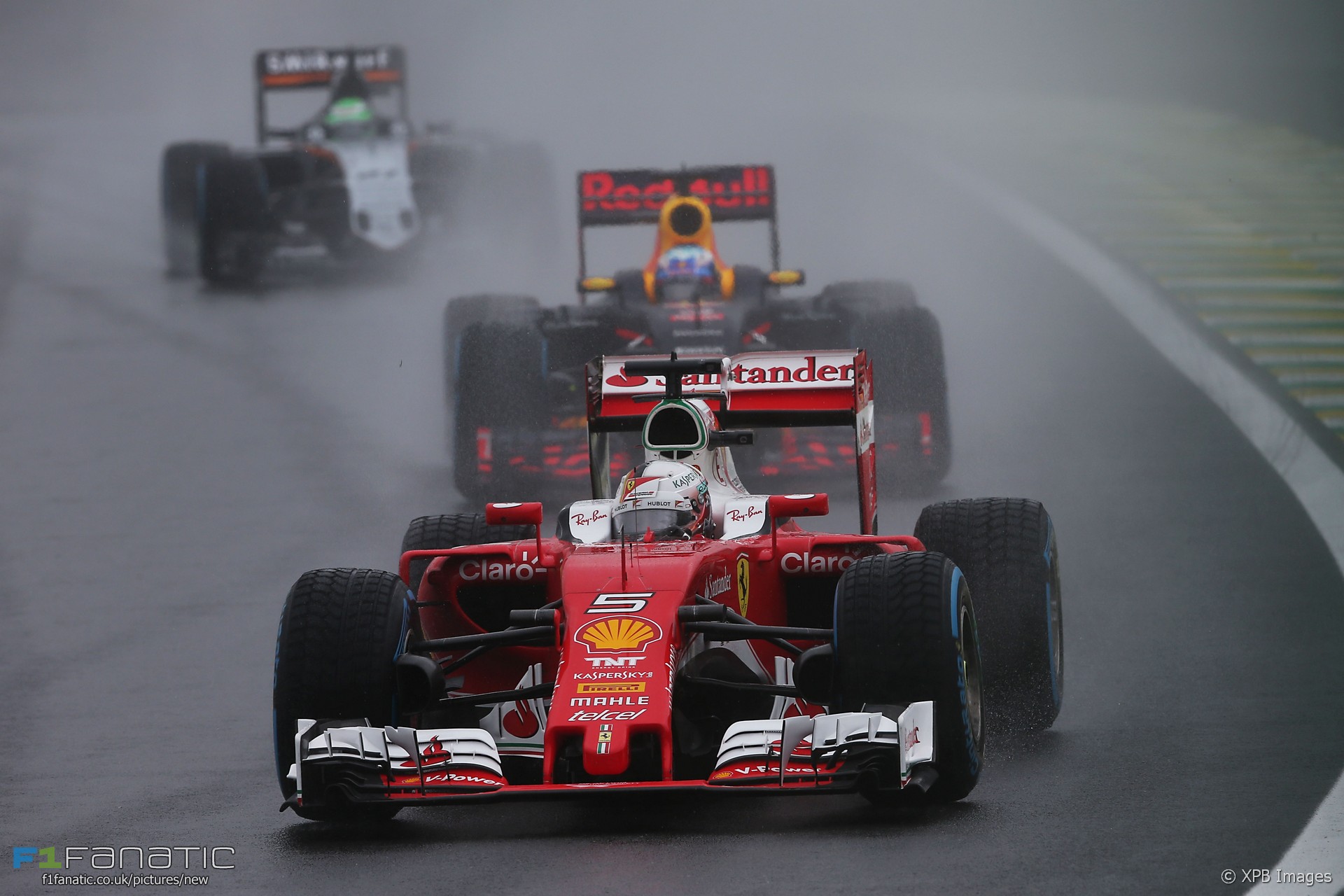 Sebastian Vettel has criticised Max Verstappen’s driving again after the Brazilian Grand Prix, saying it was “not correct”.

The two drivers were penalised after a bitter clash between the pair in Mexico and fought for position again in Brazil. Verstappen passed the Ferrari driver at Juncao and Vettel got onto the grass as the Red Bull came past him.

“I think I was racing him side-by-side, he saw me. I still had a little bit of my nose ahead. he was much faster so it was about the corner you get passed, not if you get passed. But I don’t think that was correct.”

Vettel finished fifth after dropping back early on the race due to a spin. “It could have been anything today,” he told reporters after the race. “I think I was not the only one who got caught out by the aquaplaning. Lucky I didn’t crash.”

His team mate Kimi Raikkonen also aquaplaned during the race but he crashed heavily on the pit straight.

“I think it was a good recovery in the end,” said Vettel, who passed Carlos Sainz Jnr and finished within a second of Sergio Perez.

“Difficult to come back, I struggled to get past Carlos, I don’t know why. It took a lot of laps before I really started to feel well in the car.”

Verstappen has now closed to within five points of Vettel in the contest for fourth place in the drivers’ championship. Raikkonen is 19 points behind his team mate.

122 comments on “Vettel: Verstappen’s driving was “not correct””