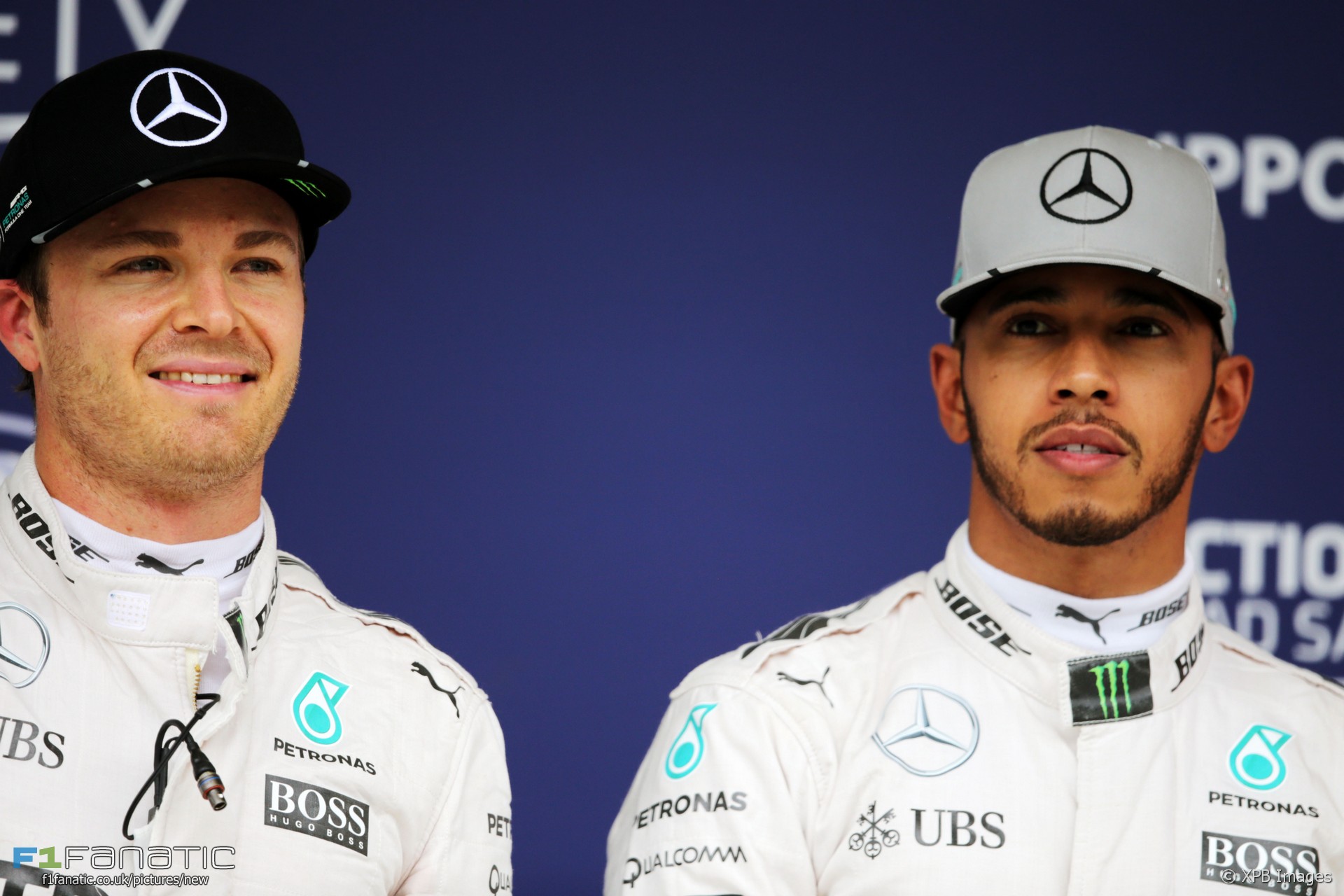 For the 29th time in the 67-year history of the Formula One world championship, the title will be decided at the final race of the year.

That is remarkable given the 2016 season is the longest of all time. The weary field heads to Abu Dhabi to wrap up the title in two weeks’ time in the 21st round of the championship. It will be the third time the drivers’ title is decided there following Sebastian Vettel’s success in 2010 and Lewis Hamilton’s two years ago.

Hamilton went into the 2014 finale as the favourite to win the title. However this time the odds overwhelmingly favour his team mate Nico Rosberg.

With a 12-point lead heading into the final race a podium finish will guarantee Rosberg the title. In contrast, a podium finish is the only way Hamilton can retain his crown, and after that it depends where his team mate finishes.

In the 22-car field there are 507 different combinations of finishing positions plus non-finishes for the two title contenders. In 455 of those Rosberg would win the title and the remaining 52 would result in Hamilton clinching the title.

In simple mathematical terms Rosberg has an 89.7% chance of winning the championship. This table illustrates the outcomes in which Rosberg would win the title (in turquoise) and where Hamilton won retain his trophy (in yellow):

Note also that if Yas Marina is a half-points race Hamilton can only take the title by winning with Rosberg no better than tenth.

Hamilton’s chances of winning the title look better if we take this year’s results into account. To take the title he must win in Abu Dhabi with Rosberg fourth or lower. That result has occurred four times in the 20 races so far this year, giving him a 20% shot. But of course, Hamilton may not be content to leave it up to chance.

With his ninth victory this year, Hamilton reached a career total of 52 wins. He has now overtaken Alain Prost’s 51 victories, leaving Michael Schumacher as the only driver in F1 history who’s won more races than Hamilton.

At his tenth attempt, Hamilton finally crossed Brazil off the list of venues he hadn’t previously won at. Fittingly, the driver of car number 44 did so in the 44th edition of the Brazilian Grand Prix which counted towards the championship. That leaves only Baku, this year’s new addition to the calendar, as the one race on the schedule which Hamilton has never won.

Hamilton gave Mercedes their 19th pole position of the year. That broke Red Bull’s record of 18 in a season from 2011, when there were 19 races on the calendar instead of this year’s 21. Since 2014 Mercedes have only been beaten to pole position once per season, and by a different team each time.

The Safety Car notwithstanding, Hamilton led all 71 laps of the race and has now led more laps than Rosberg this year: 523 to 486.

However the flying Red Bulls denied Hamilton a ‘grand slam’. Max Verstappen took the first fastest lap of his career, becoming the youngest driver ever to do so.

This record was previously held by Rosberg, who set it on his grand prix debut at Bahrain in 2006, aged 20 years and 263 days. Verstappen lowered the mark to 19 years and 49 days.

Unusually, neither Mercedes driver made a pit stop in their pit box during the race. They only time they changed tyres was during the first stoppage when the whole field was instructed to fit a new set of full wet weather tyres. This was done in the fast lane of the pits, so Mercedes’ efforts to move their pit box to avoid a bump proved inconsequential.

Another curiosity from the eventful grand prix was Hamilton’s mid-race change of helmet designs. He began the race using a special yellow helmet in tribute to Ayrton Senna, but switched back to his regular model due to problems with water ingress.

Felipe Nasr’s first points of the season crucially moved Sauber ahead of Manor in the constructors’ championship. But he nearly did even better. With a dozen laps remaining he was in sixth place, which would have taken Sauber ahead of Renault as well.

However it was a joyless race for Romain Grosjean. He equalled the best qualifying performance for Haas with seventh on the grid he failed to start there after crashing on his way to the grid.