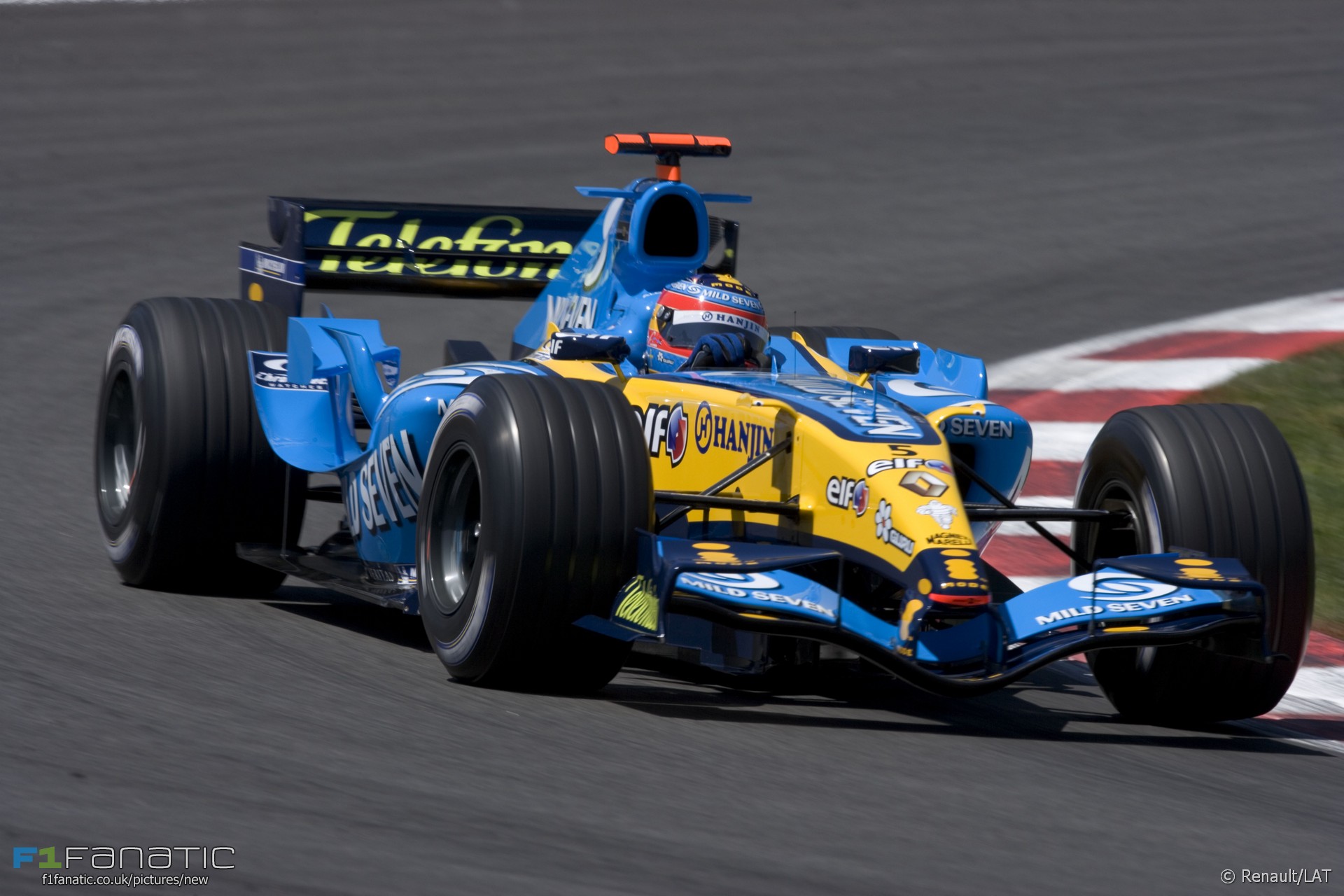 In the round-up: Williams’ Pat Symonds says the cornering capabilities of cars built for the 2017 F1 season will be comparable to what was seen in the mid-2000s.

"If Lowe does leave Mercedes it would be logical to assume that Allison would be an ideal replacement, and that in effect the team has a succession plan in place."

"We lost important sponsorship by state companies, the state bank, the oil company, the state trading company and even Shell, which used to be a big client here - but I'm confident we'll be OK."

Perez on Ocon: Everything I hear of him is impressive... (Crash)

"Ferrari had closed off the wheel hubs on its SF16-H in free practice for the Belgian Grand Prix. In Brazil, it was McLaren’s turn to assess the impact of the change – probably with an eye already cast towards 2017 – which means the team had to tweak the design of its brake ducts for the Interlagos event."

"Was faultless. He said it was easy. I don't believe that. I think that was for the cameras, and a bit of mind games with Rosberg."

Verstappen and the art of the extraordinarily ordinary (The Buxton Blog)

"Sebastian Vettel has labelled Pirelli’s Full Wet tyre the “safety car tyre,” as its only real use in his eyes is to run behind the pace car."

What is it about Pirelli rain tyres that mean wet F1 races need careful management? (James Allen on F1)

"Pirelli has neither the access to the test days or the cars to do that level of work and possibly for that reason, hasn’t signed up many of the engineers from Michelin or Bridgestone from that era."

"If you could pick just one track to race on... SP: Monaco - very clearly."

Not directly F1-related but a worthwhile read on the Charlie Whiting of WEC.

On my way again ✈️! Next stop is Bahrain and the karting world cup, supporting my youngest brother Hampus 🙌🏻💯 #PushPush #ME9

For the first time the #F1, #GP2 and #GP3 titles will all be decided on the same weekend.

If only they'd booked a decent track. #AbuDhabiGP pic.twitter.com/OksMi87eMN

I was taking a look at some old videos and I think there is another important factor that decreases drivers confidence on these Pirelli tyres. What I am about to say it is also dependent on the aerodynamics.

I noticed that current cars have much more spray raising from the front wheels compared to the old ones, and also it is dispersed from the side of the wheels (I think this effect happens because of the aerodynamics in the front wing) which creates a wider trail of spray. Spray being raised in the front wheels could be a mixture of the car’s aero and the way the grooves are designed, they can scoop water from under the tyres and only release it when the grooves are already on an upwards movement. Of course these situations do not affect aquaplaning, but could have a negative influence in visibility.

I also noted that the spray from the back of the car used to be raised much higher than now, that could help water to dissipate and therefore improve visibility.

Nevertheless, as the article mentions, the biggest problem is that drivers are tempted to go as quickly as possible to the inters to gain the advantage. The full wets should be quicker whenever there is water standing or running trough the track, or to put it even more easily, whenever it rains, and inters should just be used in drying conditions, when the rain stops and aquaplaning disappears, unfortunately it seems that the tyres do not perform like this.
João Leite (@Johnmilk)