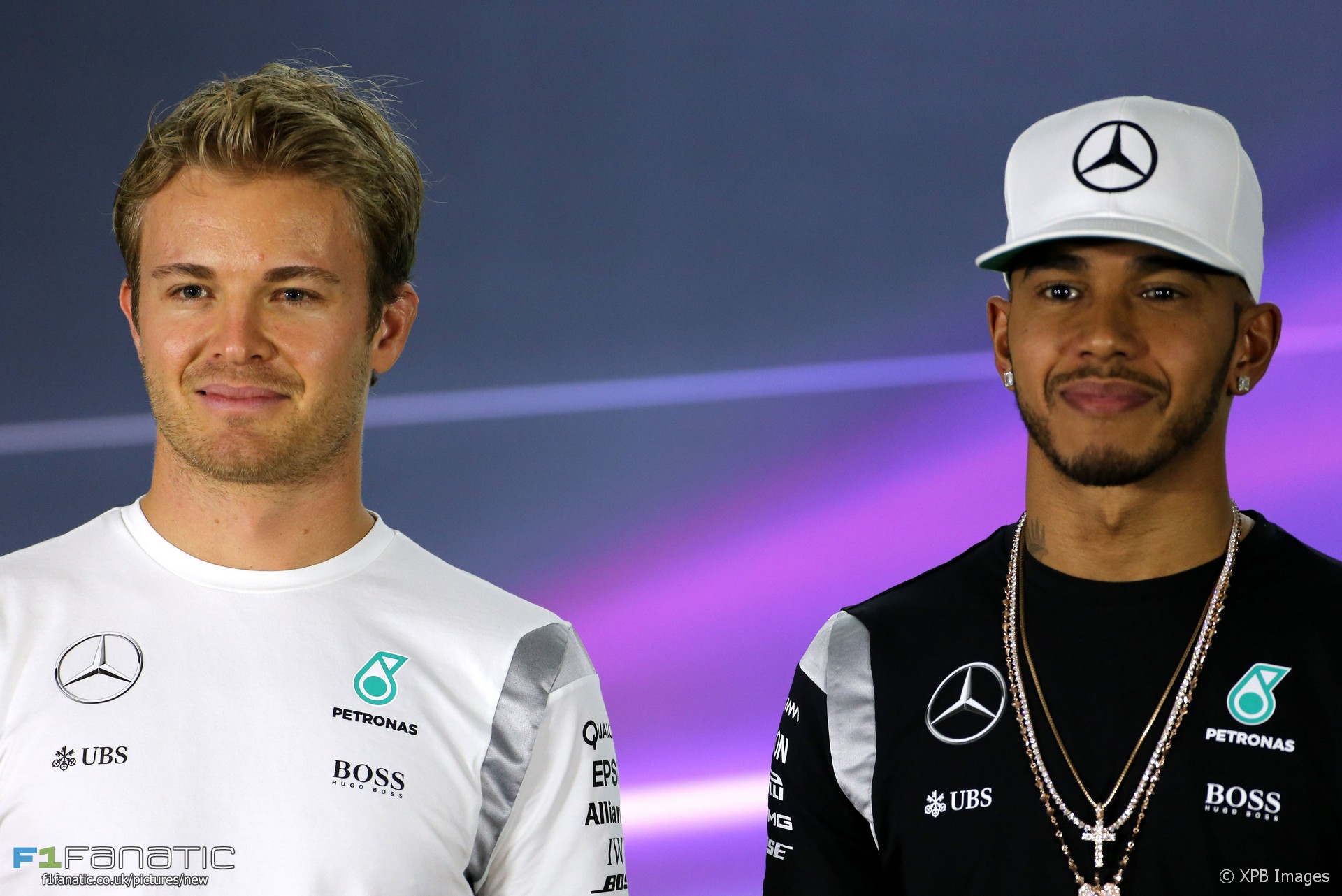 In the round-up: Lewis Hamilton continues to take shots at title rival Nico Rosberg via the media, suggesting he wouldn’t be a worthy champion and insinuating about untold stories from the season.

"I get excited about the thought that, one day, I can talk about this year. There are so many thoughts I have on my mind, which I can’t share with you just yet."

"Last time around, the rule was abandoned before the start of the season after team managers – who refine the sporting regulations with the FIA’s Charlie Whiting – came up with a long list of objections."

"Many people asked me today about if it's true that I signed and no, it's not true. It's not good that people write something like that when it's not true."

Hamilton: I can go even quicker (Sky)

Nico Rosberg: "Red Bull are close, but also Ferrari were quick on one lap so it is difficult to say who will be the closest rival."

Doing his own thing - Q&A with Williams’ Lance Stroll
(F1)

" I have been under pressure my whole life since I started racing. Yes, there are more people, more cameras - but that’s just superficial."

F1’s age of chivalry, when drivers gave up cars for others, is a distant dream (The Guardian)

"Today’s F1 fans, watching Lewis Hamilton and Nico Rosberg regularly treating each other with glacial disdain before mounting the podium, might find it hard to believe that such a universe ever existed."

Spoke to Baku organiser. Only diplomacy stopped him calling the sport's promoter a c**t for making name change and date change difficult.

As is annual tradition, I use the opening remarks to voice my utter disdain for this dismal circuit, dollar for dollar the worst ever built

Pirelli has been invited to todays drivers briefing. Will face some criticism after poor performance of heavy wet tyres in Brazil. #AMuS

Pirelli are supposed to be developing lower degradation tyres for next year but will it work out that way?

I would refrain from saying “last race with high-degradation tyres” until after the first race of next season when we see how well Pirelli have done.
@Eurobrun

Happy birthday to Desire Wilson, the only woman to win a race for Formula One cars, who is 63 today.

102 comments on “Hamilton continues Rosberg mind games ahead of showdown”