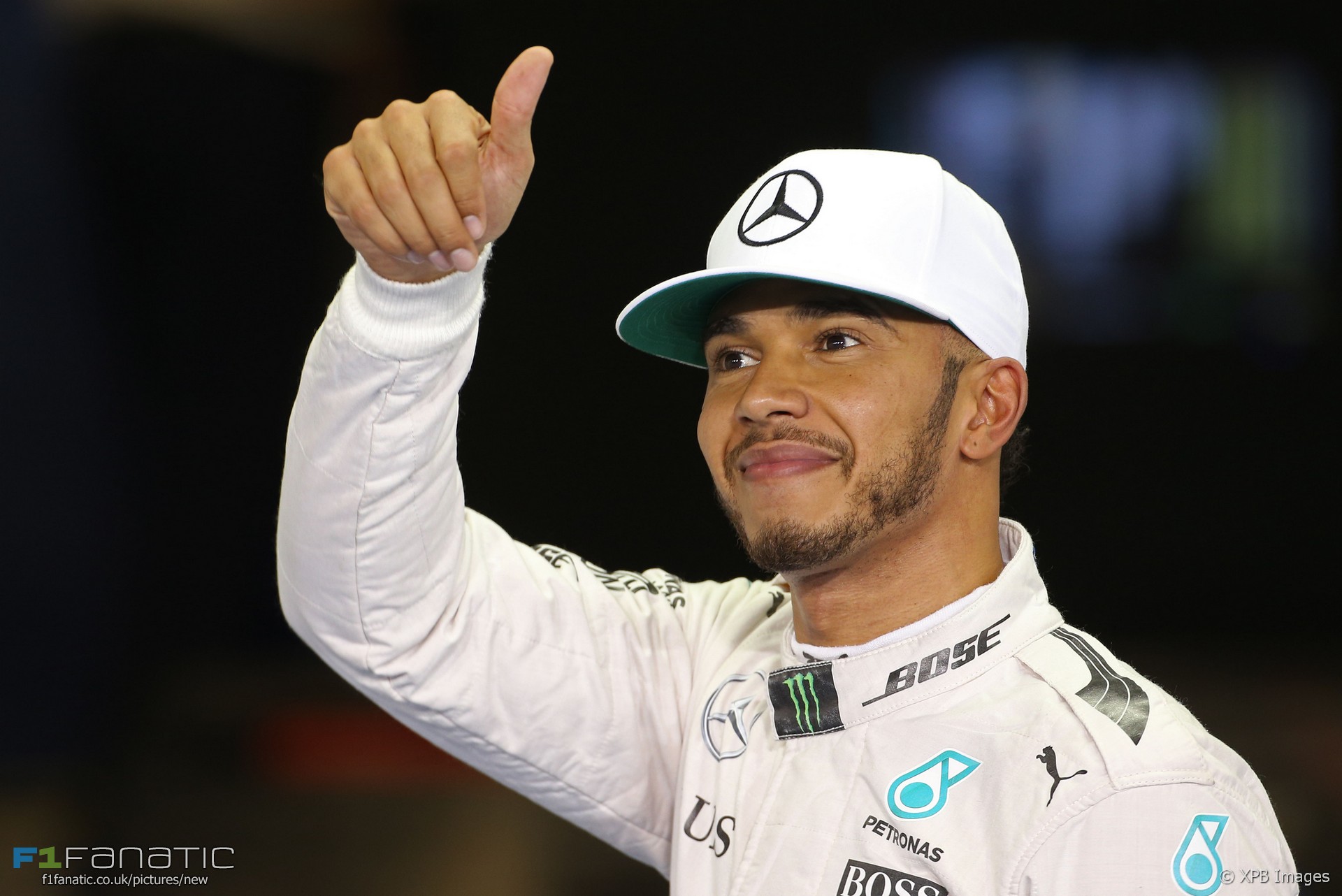 Lewis Hamilton says he has only practised starting from pole position this weekend as he strives to avoid another poor getaway.

The Mercedes driver has lost at least five places on lap one in four races so far this year, ruining his chance of victory on each occasion. However he said he was so confident of qualifying at the head of the field this weekend he did all his practice starts from the pole position slot.

“I’ve been doing my practice starts from the pole slot all weekend as I wasn’t planning on being anywhere else for tomorrow,” said Hamilton after qualifying.

“I came here knowing that was a big part of what I needed this weekend and, now I’ve got that, I can focus on the race. Getting away in front will be the next important step. You need a big pace delta to overtake here, so the start will be crucial.”

To take the title Hamilton needs to win the race with Nico Rosberg finishing outside the top three. But despite having qualified ahead of his team mate Hamilton continues to indicate he is not planning to try to back him into the chasing pack.

“Tonight I need to look at strategy and how things need to work for me to get the win,” he said. “At the moment, my pace is that little bit better.”

“But I can’t control what happens behind me. All I can do is focus on my own race. You never know what might get thrown into the mix, so I’m just hoping my car is as beautiful as it has been so far this weekend and aiming for the win.”

No double points, no sleepless night?

It’s the second time the Mercedes team mates have arrived at the final race contesting the championship. However on the previous occasion Hamilton was ahead of Rosberg and the final race offered twice as many points.

“It’s a much different scenario to 2014,” said Hamilton, reflecting on how little he had slept on the night before that race.

“Obviously the reasoning of not being able to sleep then was because I’d worked so hard during the year and again, faced lots of different challenges throughout the year and I had more wins and yet that double points system could have just thrown everything into the wind.”

“It wasn’t really deserving, so that was really the only thing, and having lost the championship in 2007, knowing what that feels like, so it just played on my mind, but I have everything to gain tomorrow so it’s just the complete opposite in the spectrum and yeah, super-excited about it.”

15 comments on “Hamilton ‘only did practice starts from pole’”