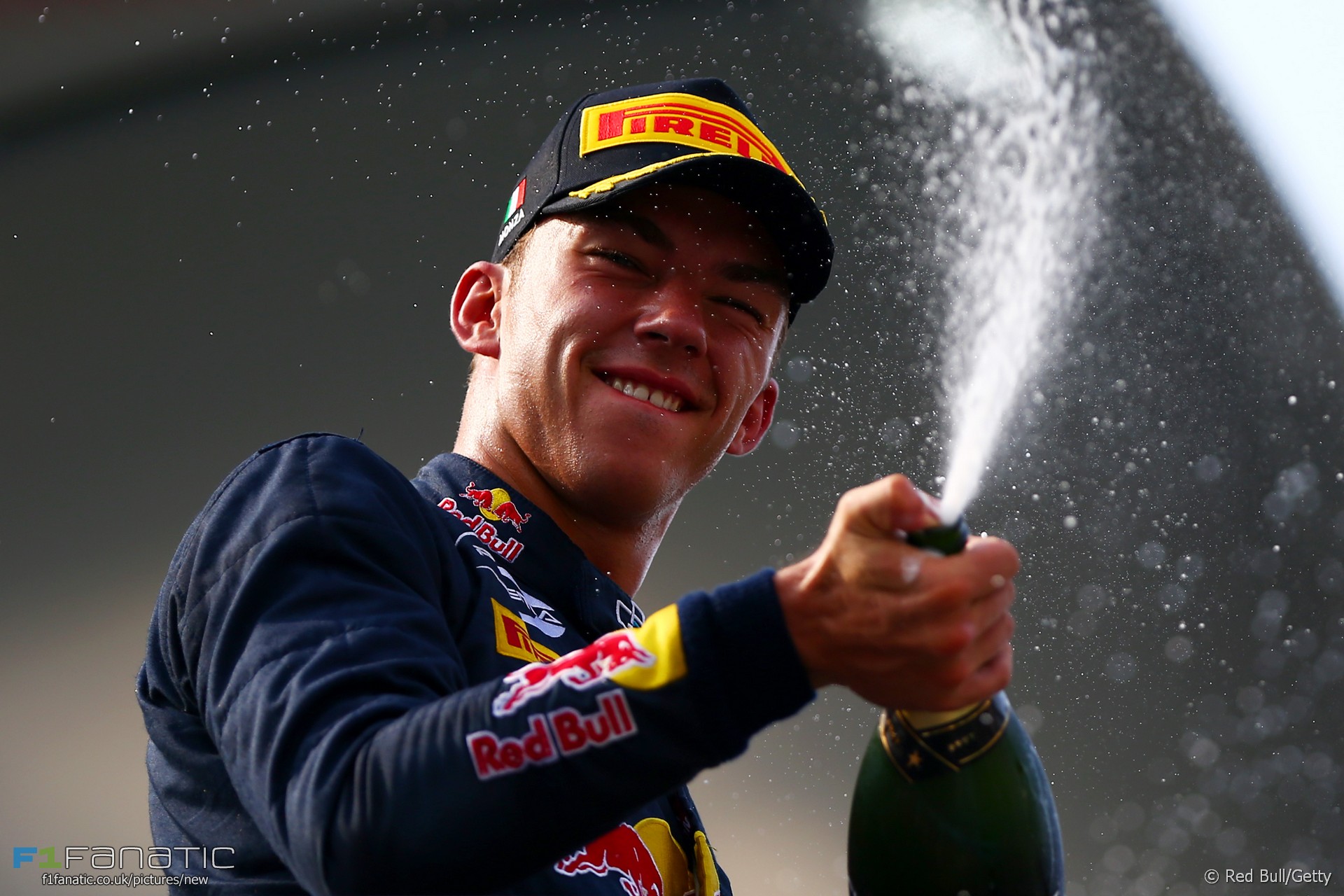 Red Bull junior team member Pierre Gasly has won the GP2 championship in the final race of the year at Yas Marina.

However Gasly is expected to miss out on a promotion to F1 next year as Red Bull’s two F1 teams have filled their seats for 2017.

The 20-year-old beat rookie team mate Antonio Giovinazzi to the crown despite finishing a point-less ninth in the season finale. Sixth place for Giovinazzi was not enough to overhaul Gasly’s points haul.

Gasly ended a two-year win-less streak earlier in the season and went on to take four victories throughout the season, all in feature races. His most recent win yesterday moved him to the head of the points table.

Gasly’s triumph means Prema won the teams’ championship and had its drivers finish first and second in the points in the team’s first year in GP2.