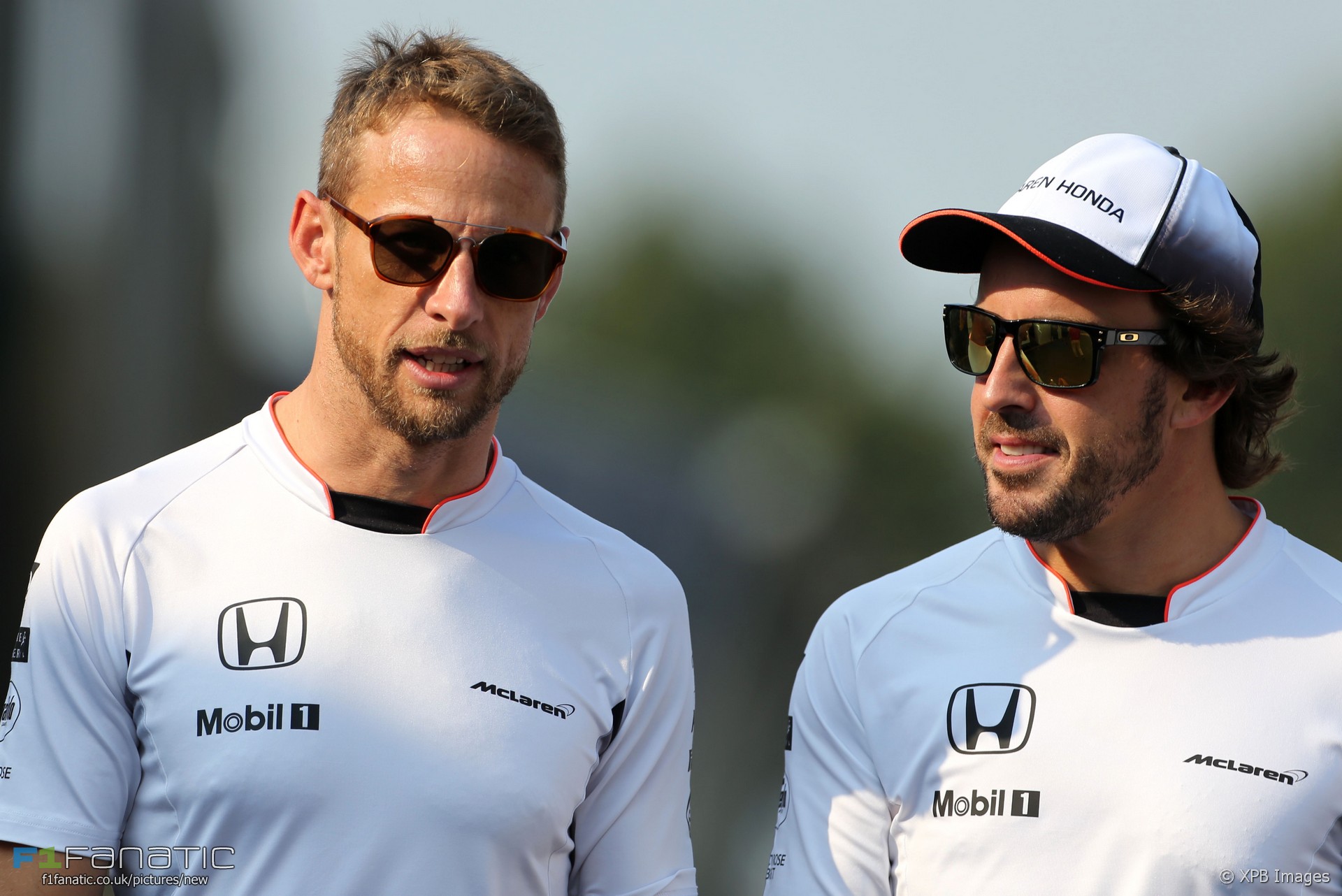 For drivers in the midfield, seeking promotion to a front-line outfit, beating your team mate is essential.

There were some absorbing battles between these teams during 2016. Here’s who came out on top.

The graphs and tables below show which driver had the greater share of the better results within their teams and who came out on top in every qualifying session and race this year.

Nico Hulkenberg has ended his three-year spell as Sergio Perez’s team mate at Force India having once again been the better qualifier over the year but come up short by other marks.

Seeing Perez notch up a pair of podium finishes this year will have been especially galling as Hulkenberg still doesn’t have one to his name. That Monaco rostrum appearance really should have been his but for so ill luck with the strategy, and a puncture potentially cost him one in Brazil, too.

But with his improving race craft and dependably excellent way with his tyres, Perez took another victory this year. He even edged past the symbolic 100 points threshold.

However Force India should be satisfied with the job both of their drivers have done in the team’s best-ever season. Big things are expected of Hulkenberg’s replacement Esteban Ocon in 2017.

In his final season of Formula One, Felipe Massa could no longer conjure up the one-lap pace he needed to be a consistent threat to his team mate. Valtteri Bottas dominated that score-line more than any other driver on the grid this year.

The veteran driver gave a much better account of himself on Sundays, often taking advantage of his team mate’s slightly hesitant first lap tactics.

The final scoreline was therefore much kinder to Massa than it might have been. Still it’s hard not to look at this and agree he’s chosen a good time to step down.

In much the same vein, Jenson Button’s decision to hang up his helmet also looks like a timely call. He’s had arguably the toughest team mate in the pit lane to measure himself against this season and the contest has been rather one-sided.

Last year’s McLaren broke down so often it was hard to read too much into how well its drivers performed. Button had a slight edge over Fernando Alonso on results.

This year Alonso ended the season with more than twice as many points as his team mate. Following his performance alongside Kimi Raikkonen in 2014, Alonso’s record against world champions who have the same equipment of him is underlining his status as one of the sport’s greats even if he isn’t getting the victories which should go along with it.

Being relegated from the top team to the junior squad was a serious test of Daniil Kvyat’s mental strength. He was clearly on a low heading into the off-season having taken a battering from new team mate (though one he knows very well) Carlos Sainz Jnr.

Kvyat returned in better shape and was able to put some of the disappointments of the first half of the season behind him. Nonetheless Sainz dominated the contest between the two – the season finale at Yas Marina was one of few occasions when he looked like finishing behind Kvyat until the pair retired.

Red Bull locked down Sainz’s contact early in the season. They then surprised some late in the year by doing the same with Kvyat. This may seem generous under the circumstances and it also doesn’t reflect well on the driver who was expected to replace him, GP2 champion Pierre Gasly.

Red Bull have already indicated Gasly’s chance of driving an F1 car next year isn’t over. Five years ago the team introduced Daniel Ricciardo to F1 via the HRT outfit. Is a similar plan in the works for Gasly? Kvyat would be forgiven for feeling edgy about his prospects of seeing out 2017 in the STR12.

Which of these drivers had the best or most surprising performances against their team mates? Have your say in the comments.