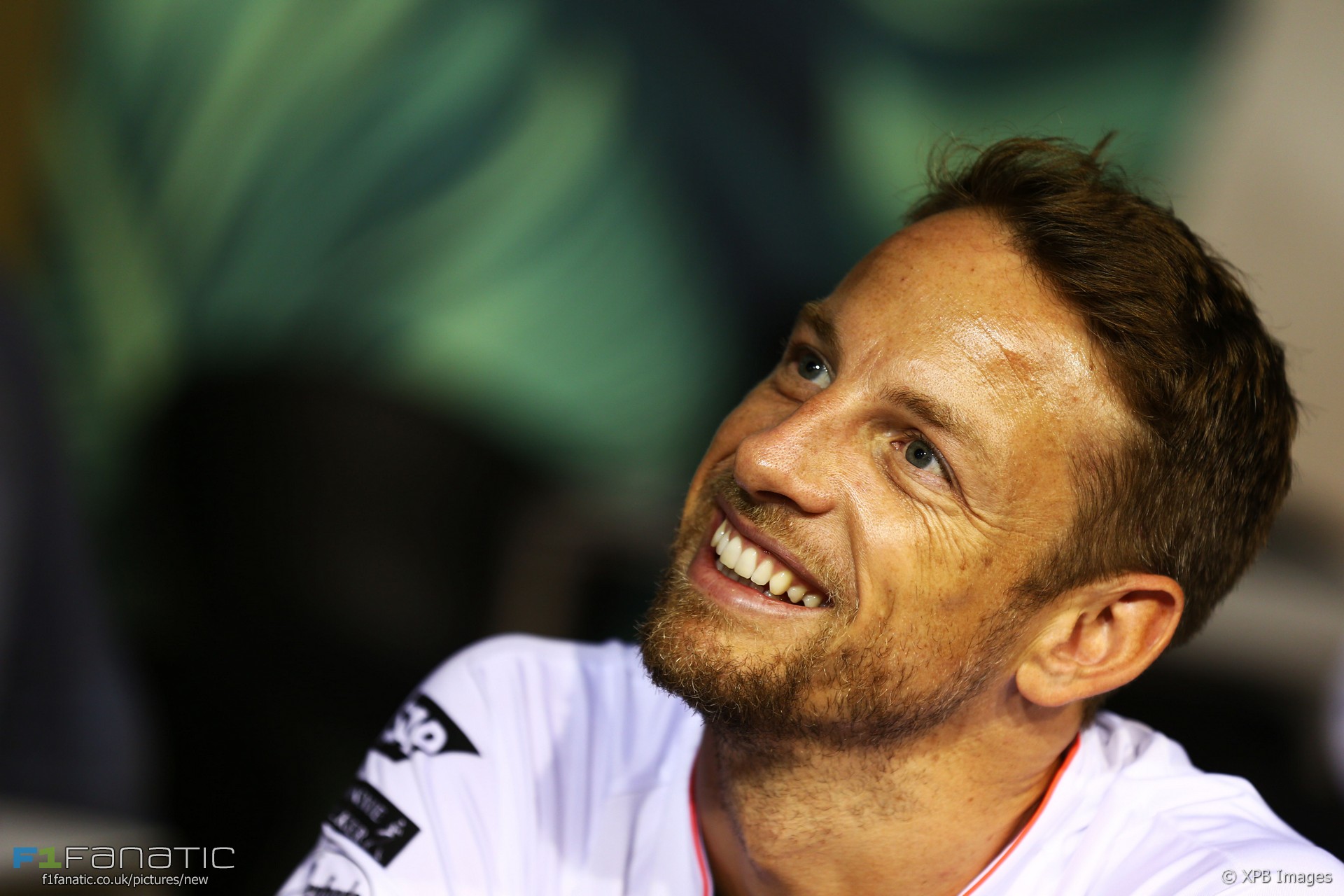 Jenson Button has revealed which of his team mates were the strongest during his 17-year Formula One career.

The veteran of over 300 grand prix starts unsurprisingly named two other world champions as his most formidable competitors.

“In a race situation, Fernando [Alonso] is the most difficult to beat.”

“If you have a great race, Fernando is right on your ass, and you don’t know how he’s still there. And if he has a great race, he’s in front of you. It’s like he’s always there, you can’t get rid of him.”

Button also named Daniel Ricciardo as his tip for future success in F1.

“Max [Verstappen] is an amazing talent, and he will, I’m sure, be fighting for the world championship one day, but I love the way that Daniel Ricciardo has upped his game this year,” said Button.

“He’s the older driver, more experienced driver, but he hasn’t cracked under pressure, and I really like that about him. And he’s a good guy as well.”

The McLaren-contracted driver intends to emulate his late father John by making rallycross he next career move.

“Definitely rallycross,” he said, “whether it’s in America or it’s the World Championship – one day I would love to race in that. Next year I’ll definitely race in rallycross in some form, and test the cars.”

He ruled out a move into IndyCar or NASCAR and admitted his hopes of racing in the Le Mans 24 Hours had faded owing to recent developments.

“I’d love to do Le Mans,” said Button. “But it’s finding the right opportunities, the right drive and making sure I’m racing when the sport is in a good place.”

“It’s sad that Audi’s left. That’s one competitor gone, which is very sad, and I don’t know how long Porsche is going to be around for either. So it’s a tricky one, I’d also like to race in Super GT, at Suzuka, which I’m going to do hopefully next year and who knows what else.”