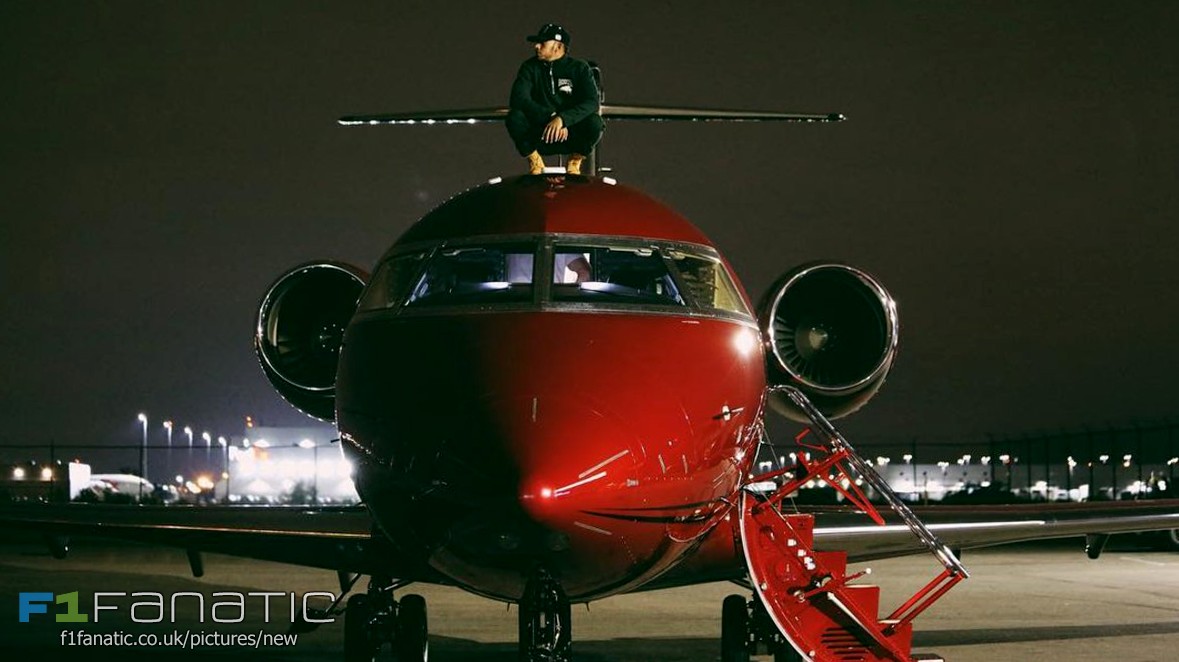 The refrain from Lewis Hamilton’s critics that he spends too much time flying around the world to concentrate on his racing barely subsided in 2016.

Previously his supporters have been able to claim, not unreasonably, that as long as Hamilton delivers the silverware there’s no reason to question his commitment. But last year he lost the championship to team mate Nico Rosberg.

True, the playing field between the pair wasn’t exactly level as far as reliability was concerned. But it’s also true Hamilton could have overturned his five-point margin of defeat on several occasions last year.

A review of his activities away from the track throughout 2016 as reported on social media shows Hamilton continued to extract maximum value from his private jet in 2016. But did he push himself too hard?

Despite a longer calendar – 21 races compared to the 19 in 2015 – Hamilton made almost as many transatlantic trips as he did the season before, again over 20. The late-season championship pressure also seem to have little effect on his itinerary.

The lengthening of the F1 calendar inevitably forced some compromises. For instance with only one week between the Belgian and Italian Grands Prix instead of two, one of his USA trips from the season before had to be scrapped.

However early in the season he was keen to grab any chance he could to get away. He even dashed off in the four-day gap between the two pre-season test sessions at the Circuit de Catalunya to attend an Elton John AIDS benefit in California.

This would have involved crossing nine time zones twice within just a few days, a disruption which could have obvious and inevitable consequences on his condition. But Hamilton and Mercedes have gone to unusual lengths to minimise the effect his schedule might have on him.

Hamilton has been working with Hintsa Performance – the fitness specialists set up by the late renowned F1 physician Aki Hintsa – to mitigate the inevitable jet lag. The techniques Hamilton has used includes taking a synthetic version of the hormone melatonin to control his sleep cycles.

He also avoids natural light at certain times or uses his sunglasses to reduce its effects. His sleeping schedule is planned by the specialists although Hamilton has suggested other priorities are also involved. “I’ll record [music] till 3am before a race and then go out and win, and that’s the best feeling,” he said last November.

Hamilton did indeed keep on winning, tasting victory more times than any other driver last year. But it wasn’t enough to keep his title. And it was after one such missed opportunity, in Singapore, that fresh questions were raised over the consequences his lifestyle might have on his racing performance.

Hamilton headed to the Singapore Grand Prix following another of his 12 trips to the USA. A lacklustre showing saw him finish third behind Ricciardo and Rosberg. The latter re-took the lead of the championship – for good, as it turned out.

It prompted Jackie Stewart to question whether Hamilton wasn’t performing at his best. “Suddenly things can go less well,” said Stewart, his words much more restrained than the screaming headlines they prompted: “You overdrive, you are not on the ball, or you live a life that distracts you.”

In the season ahead Hamilton will have a new team mate, more physically demanding cars and potentially closer competition from rival teams all drawing on his reserves of energy. If he can handle all that, sustain his international lifestyle and deliver a fourth world championship title, his critics will have no cause for complaint.

NB. Some locations are approximate.

Do you think Hamilton’s lifestyle had an effect on his driving performance in 2016? Is it a positive for Formula One to have such an internationally recognised champion?

Have your say in the comments. You can also compare the data above with the same from the 2015 season.