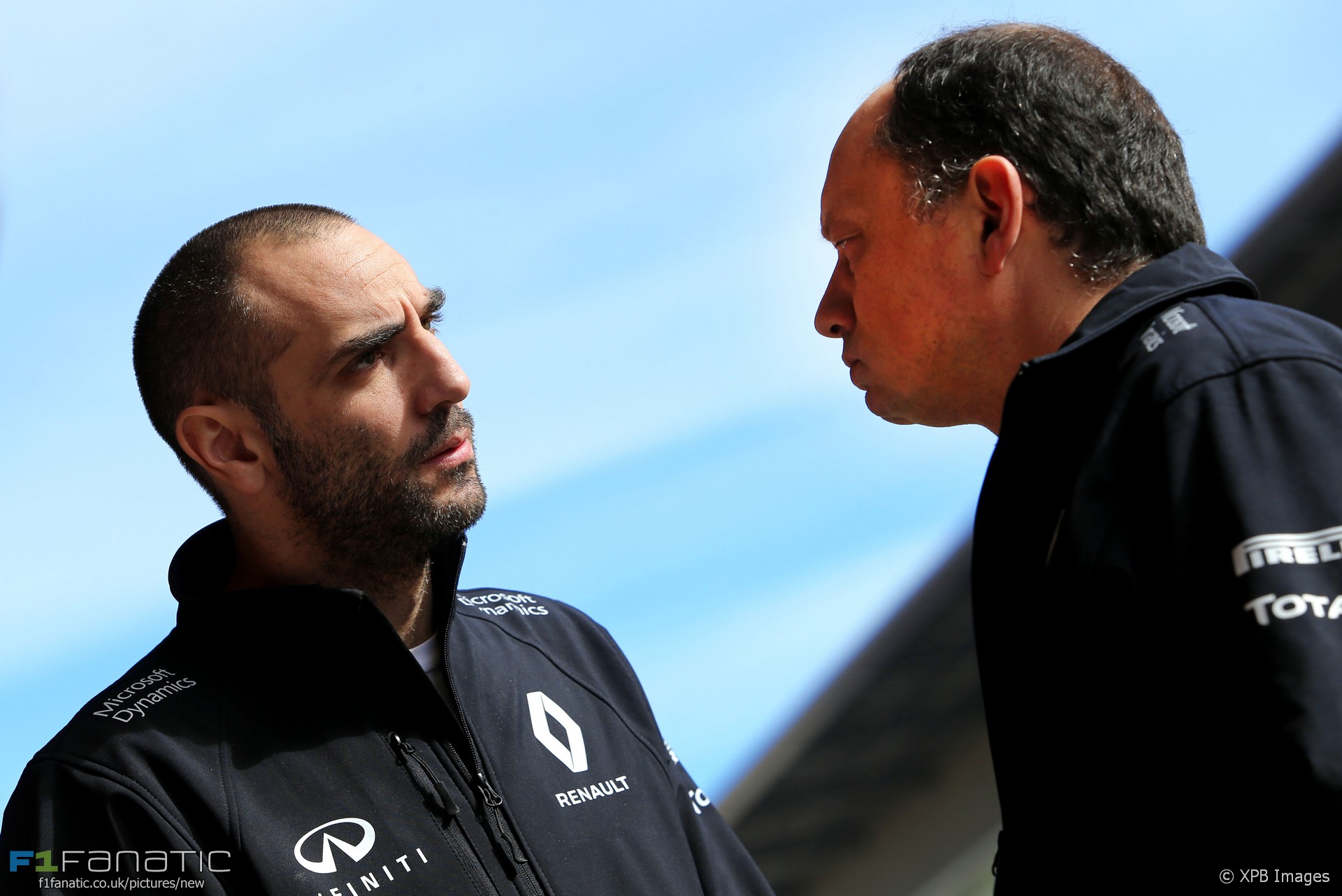 In the round-up: Frederic Vasseur explains why he’s stepped down from Renault after just one season.

"The reason is that there was too much different vision in the management of the team, so at this stage I think it makes sense for me to leave."

Why Vasseur had to leave Renault (Motorsport Magazine)

"He pleaded with Abiteboul that he needed to be more empowered, but that was never granted. Speaking with him towards the end of last season it was clear that his frustration was building."

"Marchionne, who has been CEO of both Chrysler and Fiat since the Italian automaker took a controlling interest in the automaker in 2009, also confirmed today that he plans to retire after 2018. Today, Marchionne said his retirement will occur in early 2019.quot;

"Daniel Ricciardo will have precedence over Max Verstappen when Red Bull Racing's 2017 RB13 hits the track on February 27 in Barcelona."

"Pat Symonds has departed Williams, a polite way of saying he was abruptly shown the door a year ahead of his intended retirement date, leaving one or two unhappy technicians in his wake."

"I'd had a big accident basically, and been hit on the head by Verstappen's car. There was a big mark on my helmet, but luckily for me the rollover hoop took a lot of the energy. It was the closest I ever came to dying in a racing car."

That probably isn't the kind of surprise he meant. #F1 https://t.co/dHiAAwfcZq pic.twitter.com/ALdtjgsw3p

In a world of private planes, luxury apartments and personal physicians, I don’t think you can say it’s any different to jetting back home after every grand prix. As long as he isn’t drinking himself stupid and not sleeping, then I don’t think it makes much difference to his performance on track.

I’m by no means a Hamilton fan, but if you can find me a driver who promotes the sport worldwide as much as him then I’ll be very surprised!

Frankly I think most people’s objection to his lifestyle is spawned from pure jealousy. I’d love to be able to see the world as he does, but he has the means to do it and does it. Fair play to him.
Ben Needham (@Ben-n)

Michael Schumacher had a surprise test in a GP2 car on this day in 2010:

19 comments on “Conflict at Renault behind Vasseur’s exit”