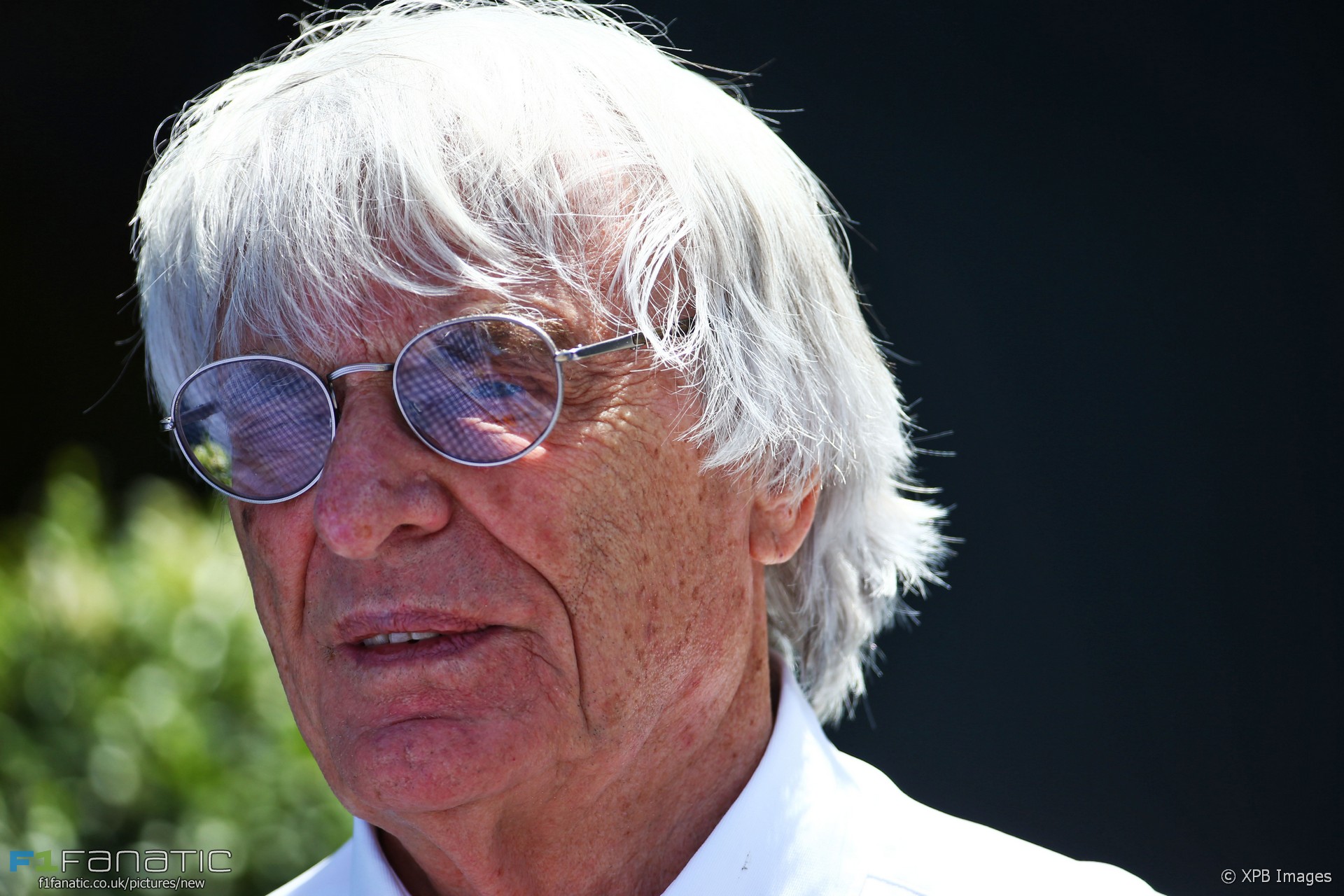 Major figures from the Formula One world have given their reactions to Bernie Ecclestone’s departure from Formula One.

The world governing body of motor sport, the FIA wishes to thank the outgoing CEO of the Formula One Group, Bernie Ecclestone for more than 40 years of dedication to the FIA Formula One world championship and as a member of both the F1 Commission and World Motor Sport Council.

The FIA was responsible for creating Formula One when it established the first regulations for the category in 1946.

The Federation remains committed to regulating the FIA Formula One World Championship fairly, safely, and in the best interests of the sport – as it has strived to do since its inception 67 years ago.

“As Formula One’s governing body, the FIA would like to welcome the new CEO, Chase Carey and his entire team to the Championship.

“The whole FIA organisation is looking forward to working closely together, with the common goal of improving and growing the sport further with the support of the highly recognised skills of Liberty Media Corporation in the media and sport domains.”
FIA statement

Formula One wouldn’t be the international sporting power-house that it is today without the truly enormous contribution made over the past half-century by Bernie Ecclestone. Indeed, I can’t think of a single other person who has had anything like as much influence on building a global sport as he has.

Bernie will be a very hard act to follow, but he’s created a fantastic springboard from which Chase Carey and his Liberty Media colleagues will be able to take Formula One forward and make it even bigger and even better. And we at McLaren will be eager to help them – indeed we already enjoy great relationships with the Liberty Media principals and we’re looking forward to working very closely with them.

How will ‘bigger and better’ manifest itself? I think the clue is in the words ‘liberty’ and ‘media’. Over the next decade I expect the way Formula One is run will become both freer and more fan-friendly, and as such we can expect to see new generations of Formula One devotees recruited and delighted via the proactive embracing of digital and social media, gaming etc… Fan engagement is where it’s at these days, and it’s clear that the Liberty Media guys get that.

But, as I say, today is a day on which we should all pay tribute to a remarkable visionary entrepreneur called Bernie Ecclestone, and to say thank you to him too.
Zak Brown

We must today pay tribute to the role Mr Ecclestone has played in shaping F1 over the last 40 years.

It wouldn’t be the sport it is today without him. F1 constantly evolves & as we move forward into a new era, exciting times are ahead.
Claire Williams

Thanks #Bernie for everything you did for F1, the Indian GP and me! Business partner, advisor, sounding board and most important – friend.
Karun Chandhok

Incredible how much you’ve done for this sport, Bernie. You’ve made it a dream for so many drivers in the world for generations.
Carmen Jorda

Bernie, mega job! But a change has been overdue. Mr Carey, all the best in making our sport awesome again.
Nico Rosberg

8 comments on “‘F1 to become freer’, ‘change overdue’: What they say about Ecclestone’s exit”