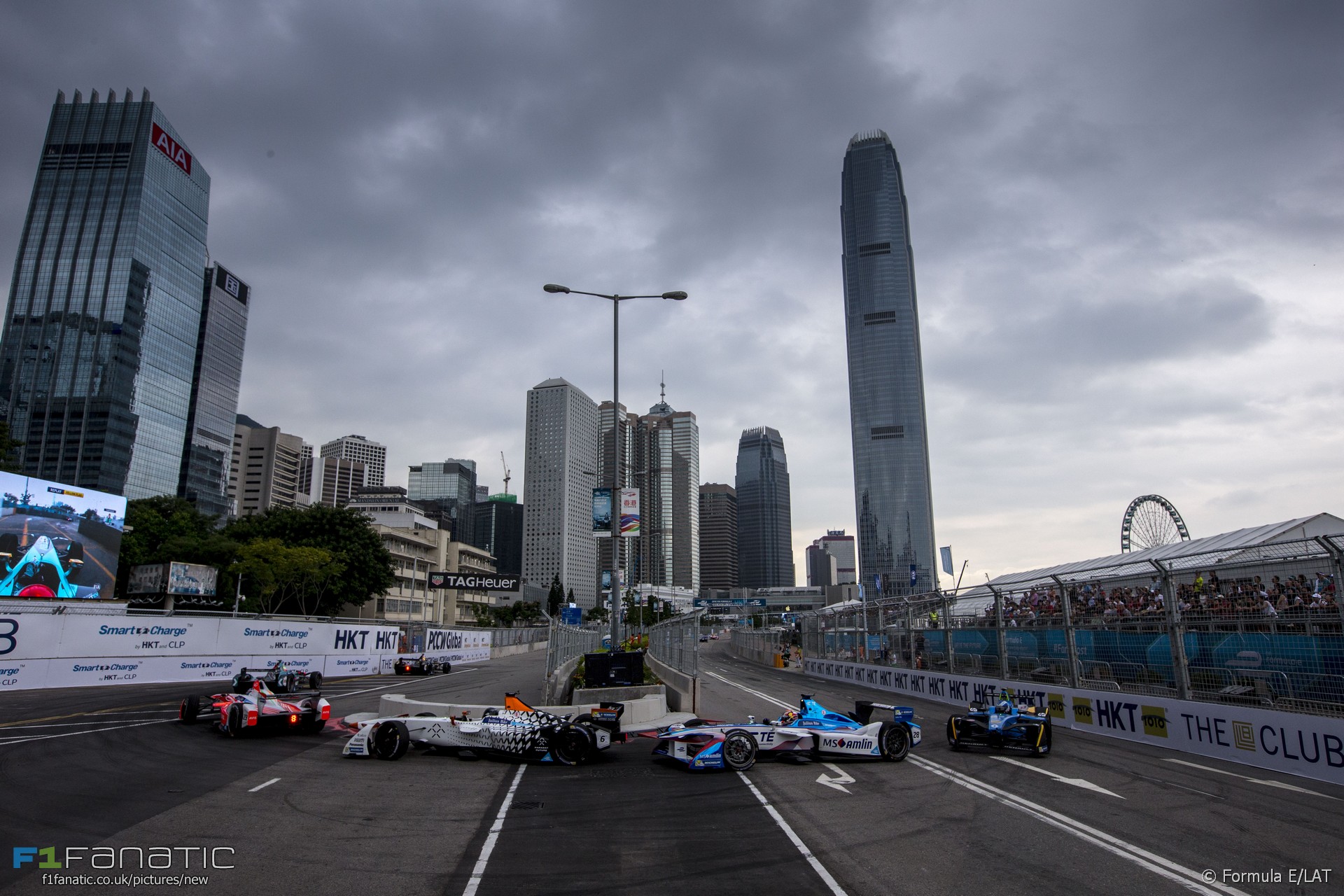 In the round-up: Nico Rosberg is not planning to race in Formula E, which Mercedes have an entry for next season.

Rosberg 'interested' in Formula E, but not to race (Motorsport)

"'No, I don't think so,' he said at the SPOBIS summit in Germany when asked if he thought he would become involved in the championship."

"With a similar change coming in F1 in 2017, this could mean we see fewer overtakes but the chance for a overtaking manoeuvre going wrong could be higher."

"The degree of freedom that comes from 3D printing, allied to the speed of production, has opened up a new frontier of design development for something that was once limited to prototyping plastic parts for windtunnel models."

"To be honest, I’ve lost a bit of interest in recent years because I am not a big fan of the hybrid power units and lack of engine noise: the ‘Wow’ factor has been removed from the cars. That said, I am looking forward to seeing the 2017-spec challengers, though the noise will still be missing."

"I think we will see GP2 being transformed into Formula 2 and GP3 becoming Formula 3."

"We had to swap cars after the first lap at Silverstone in 2015 - but I don’t think anyone noticed!"

It was quite a first day for @KevinMagnussen at @HaasF1Team headquarters!

RT to show Kevin support in his 2017 bid! pic.twitter.com/UNQWpquAQn

I wanna fly away 🎶 pic.twitter.com/lK5n7NT6gQ

ChuckL89 has an interesting take on that controversial conclusion to the Daytona 24 Hours:

I’d suggest that everyone take another, closer look at how that incident unfolded, in real time rather than slow-motion. Albuquerque did a fairly obvious early brake-test move on Taylor.

While brake-tesing a closely following competitor is not always a violation, it is a slightly dirty move. The car behind can either brake early in response, or hit the back of the lead car, or go outside (and lose the line), or, as Taylor did, go inside into the small gap.

At that point, Albuquerque could have made more room, but instead he chose to hold his line and take the hit, and hope no one noticed (and penalised) his brake-test move.

Essentially, it was a coin-toss for both drivers, with both bending the rules slightly while hoping the stewards saw it their way.

Personally, I never side with a brake-tester, since in my opinion it’s a form of overt blocking, rather than simple defence of your racing line.
ChuckL8

McLaren launched their most recent race-winning car, the MP4-27, on this day five years ago:

44 comments on “Rosberg not looking for Formula E drive”