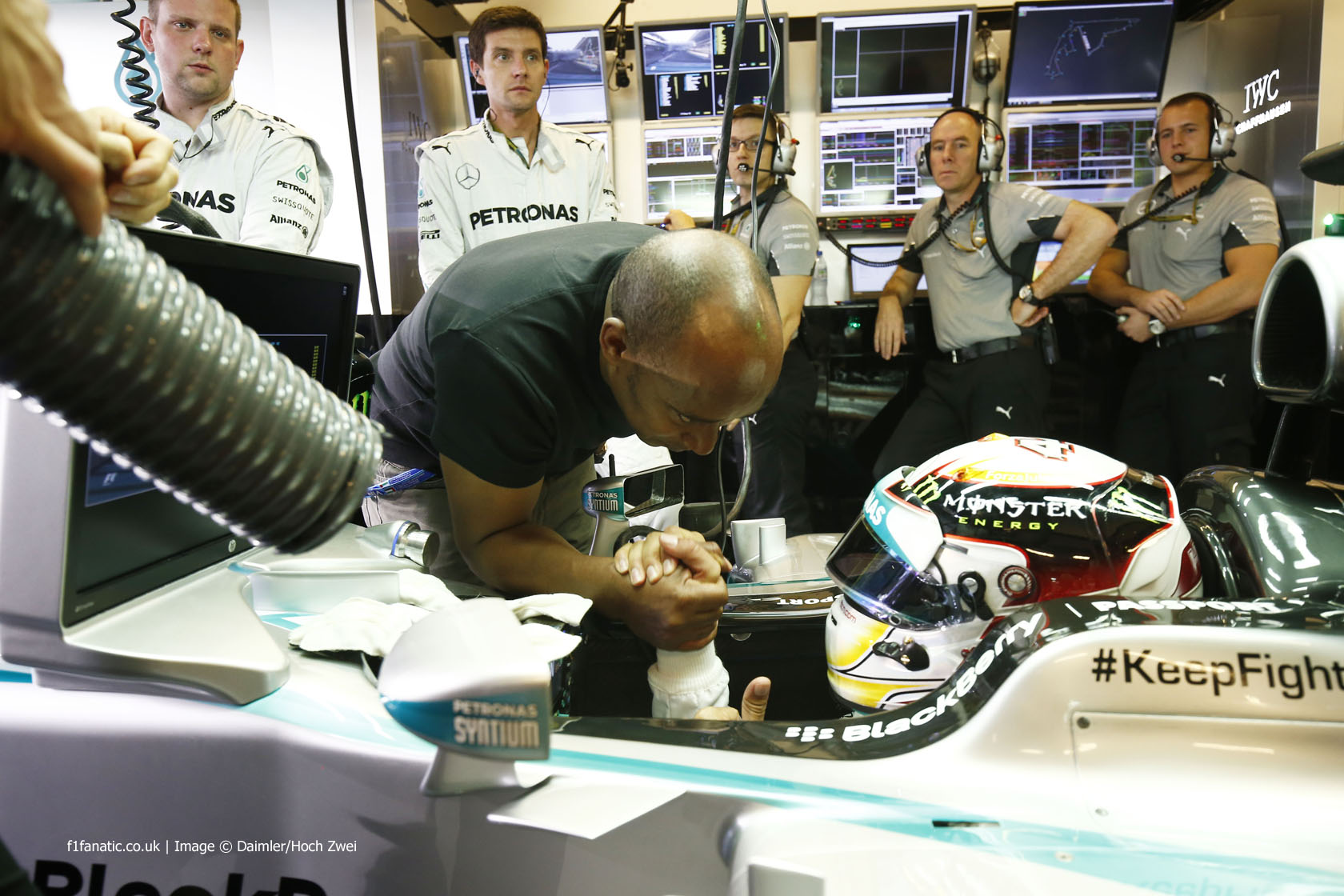 In the round-up: Lewis Hamilton’s father warns Formula One will “disintegrate” if it fails to attract the cream of driving talent.

"I think the other important thing is we need great drivers. Not just drivers with lots of budget behind them, mummy and daddy have got lots of money... If we go (down) that route, Formula One will disintegrate in the next five years."

"Asked when it would be fair to start judging Bottas, Lauda added: 'After four races we know more.'"

"You need distribution of payments across the board. If the bigger teams don’t like it, and threaten to leave, Liberty would be right to put pressure on them. They would be doing it for the good of F1."

"Regrettably we have not been able to find common ground with Jost with regard to what is and will be needed to make the team successful again."

"In documents published by the Shanghai government, it has been made clear that the F1 race remains an integral part of the local authority's plans to drive growth in the region."

It's all systems go for French Grand Prix at Paul Ricard! (F1i)

"Circuit Paul Ricard manager believes the race will be scheduled in late August and is hoping attendance figures will reach 65,000, with the event's cheapest tickets selling at around €50 or €60."

"The main reason why we don’t focus on it is, still, we need to get better in F1,

"Want to help us shape the next game? Sign up here!"

What you think? I hope a top team gives Robert the opportunity. It would be great to watch! Sure he would be fast immediately as always! pic.twitter.com/cKnBtwZogK

Indianapolis may be a step too far, but more variety on the F1 calendar has to be a good thing:

I think the biggest problem with running at Indianapolis is the IndyCar guys feeling their territory invaded. Worse still if F1 is quicker.

But the idea is a good one. Instead of doing all the cut-and-paste Tilke tracks, how about some variety, so that designers have to balance the needs of different challenges over a championship. More tracks like the old Hockenheim would be a good start, and something bumpy with some extreme camber and gradient changes (Laguna Seca’s corkscrew). If it creates a different set of challenges, it adds variables, which could lead to surprise results.
Alex Brown (@Splittimes)

Approaching the final season of his F1 career, Michael Schumacher headed the testing times at Jerez five years ago today for Mercedes: