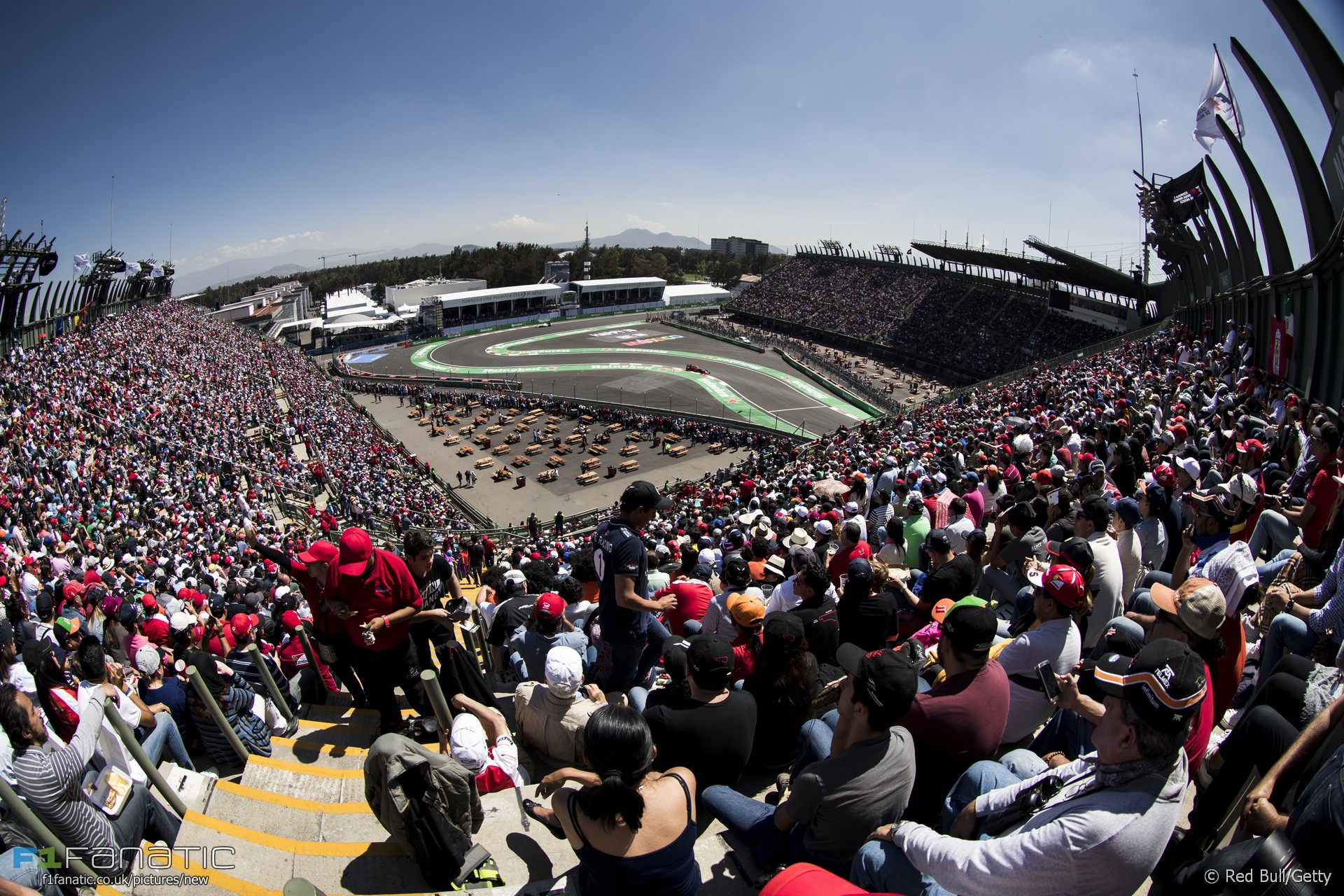 Designing a Formula One track used to be a case of finding a plot of land and laying out a strip of asphalt which would challenge the world’s best drivers.

However modern track designers have become more focused on the ‘fan experience’. This generally means creating section of track where the cars pass through more slowly, allowing fans to see them for longer.

Hockenheim’s Motodrom section was one of the first examples of this. Now the calendar includes similar features at Silverstone (The Loop and, previously, Bridge to Luffield), the Autodromo Hermanos Rodriguez (Foro Sol) and the Circuit of the Americas (turns 12 to 15).

They were designed for fans, but are they what fans want to see?

Corners like Eau Rouge may be spectacular, but how much do you really get to see? The cars only pass by 44 times per race and are in view for just a few seconds.

Stadium sections give fans much better value for money on their tickets. And when properly designed they can offer opportunities for overtaking, as Silverstone and COTA’s sections do.

Mexico’s Foro Sol stadium has allowed F1 to create a football stadium-like atmosphere. Incorporating the podium ceremony into it is a masterstroke which other tracks would do well to copy.

Safety concerns mean Formula One tracks have enough slow corners already. This just adds another cause for unexciting track designs.

The ‘stadium’ sections at Silverstone and the Circuit of the Americas are by far the least interesting and challenging parts of those tracks.

It isn’t necessary to slow F1 cars to a crawling pace to attract large crowds. The hundreds of thousands of fans who once poured into the Nurburgring Nordschleife didn’t mind waiting for six-minute intervals to the best cars on the best track in the world.

The strangeness of stadium sections first occurred to me when I had the fortune to drive around the Circuit of the Americas.

Austin’s F1 track is immense, worthy of the best racing drivers in the world (of which I assuredly am not one). But then you reach the stadium section and self-consciously perform tight 180-degree turns in front of the grandstands.

Is this excruciatingly slow manoeuvring really what F1 is supposed to be about? To me, the fun of seeing a Formula One car in full flight is about seeing what it can do, rather than getting to see it for as long as possible. That’s why stadium sections always feel a bit contrived.

Yes, this is partly a question of taste. Fans at Silverstone who don’t enjoy the view at The Loop can stand at Becketts or Copse or Stowe. And there’s no doubt that, with the Peraltada completely unusable for modern F1 cars, the Mexican Grand Prix organisers have made a silk purse from a sow’s ear with the Foro Sol.

But still I think stadium sections are something circuit designers should strive to avoid. F1 track should allow the world’s best drivers and cars to show what they are capable of, not plod around as if they can’t find a parking space.

Are ‘stadium sections’ good for F1 tracks? Would you like to see more of them, and do you prefer to sit in them when you buy tickets to a race?