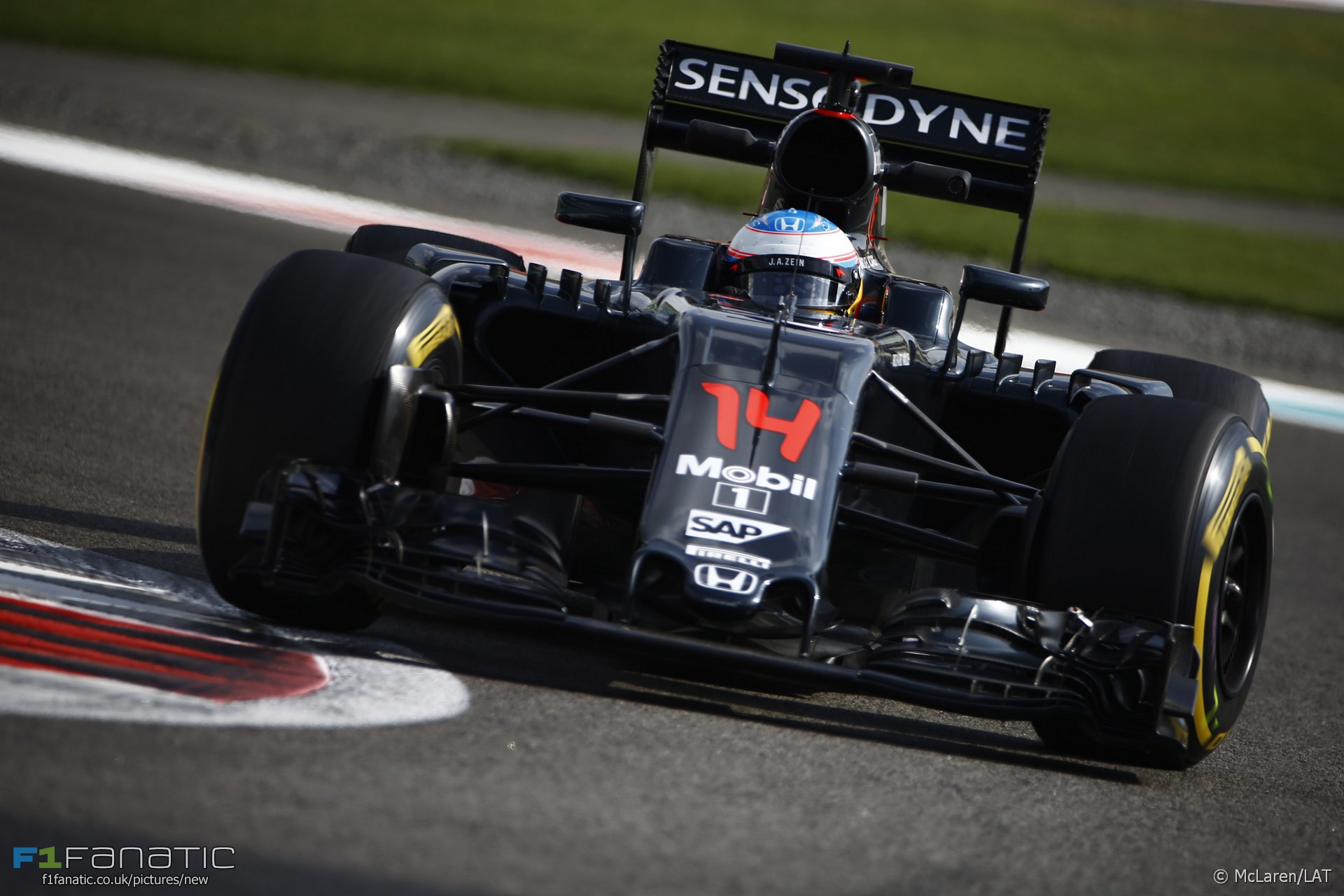 In the round-up: McLaren executive director Zak Brown expects the team to go another year without winning a race in 2017.

"McLaren won't win any races this year. I think everybody is frustrated, as you'd imagine, and anxious to return to winning ways."

"Vettel's Ferrari contract ends this year, he'd be a sensible option for Mercedes and one that I'm sure they'll contemplate."

"Various ideas were proposed - including a return to conventional suspension, a switch to active suspension or no restriction on the current hydraulic concepts - but teams' opinions were split."

"He (Bottas) has asked if we can have a chat soon and I am happy to do that, of course – but I will stay very, very neutral."

"Technically it will make it almost impossible to overtake, because no one will be able to follow the one in front of him."

"He is also said to have transformed his physique, further evidence of application and a work ethic that have never been questioned."

"For us in the middle, it gives us quite an exciting future because if they do bring about a more equitable distribution of income, obviously we will benefit from that."

Ready to hit the factory floor 👕

What will @ValtteriBottas get up to next on his @Daimler tour? 😉

This is a Formula One website first and foremost but this compelling piece on rally marshalling from Andy simply has to be Comment of the Day:

It’s easily the most stressful thing I’ve ever done. The rule was, if you’ve told a spectator to move from a dangerous area more than twice, they have no legal leg to stand on, should the worst happen.

These were anxious times, in Northern Ireland. I had an English accent. So, depending on the area the rally was being held, depended on if I’d be shown any respect or not. Quite often, I just wouldn’t get listened to. Not all of the time, mind. Northern Ireland is ace and most of the folk that live there are lovely.

One day, in the Republic of Ireland, just over the boarder, I was at a cross roads with a few other marshals. This cross roads was dangerous! It was in an ever-so-slight right hander at the bottom of a big hill that the cars would proceed down. Spectators started to gather in a field just in front of this cross roads. As the road builders had just laid asphalt straight over the other road to make the junction, there was a huge bump at these cross roads. It was clear, even before a car had run, that this junction was dangerous. The spectators refused to move.

As the stage sweepers begun to check the course, we could see that the bump over the cross roads was unsettling the cars. Even the cars that weren’t setting any times. The spectators saw this too. The whooped and cheered as the out of control cars nearly crashed through their hedge lined field. They still refused to move. We were pleading with them. All we got was a sarcastic two-steps-back.

Some of the cars were your box standard Ford Escort mark one and two rally cars. At the top of end of the times sheets was older, retired machinery from the World Rally Championship. Cars that were a couple of years old. Still very fast!

As the stage wore on, the inevitable happened. One of the leading cars bounced over the hedge and ploughed straight in to the field of spectators. My blood has never run so cold.

How no one was killed, I will never know. But the car was on top of a lady for the longest time as they tried to rescue her. She had a broken leg. As far as I know, that was the only injury. Amazingly lucky, but amazingly stupid.

Later in the day, they ran the stage backwards. A BMW 3 series lost control over this cross road and rolled up the hill, finally crashing in to a small farm house. The driver’s arm had gone through the netting on his window and was sticking out of the car during each roll. I’ve never seen such a broken arm. It was hanging like a piece of string with a weight tied to the end. His car also nearly hit spectators that refused to move.

Spectators can be their own worst enemy.

That was the last rally I ever did…
Andy (@Andybantam)

Ricardo Rodriguez, one of the Rodriguez brothers which the home of the Mexican Grand Prix is named after, was born 75 years ago today. He died in a crash at the circuit in 1962.