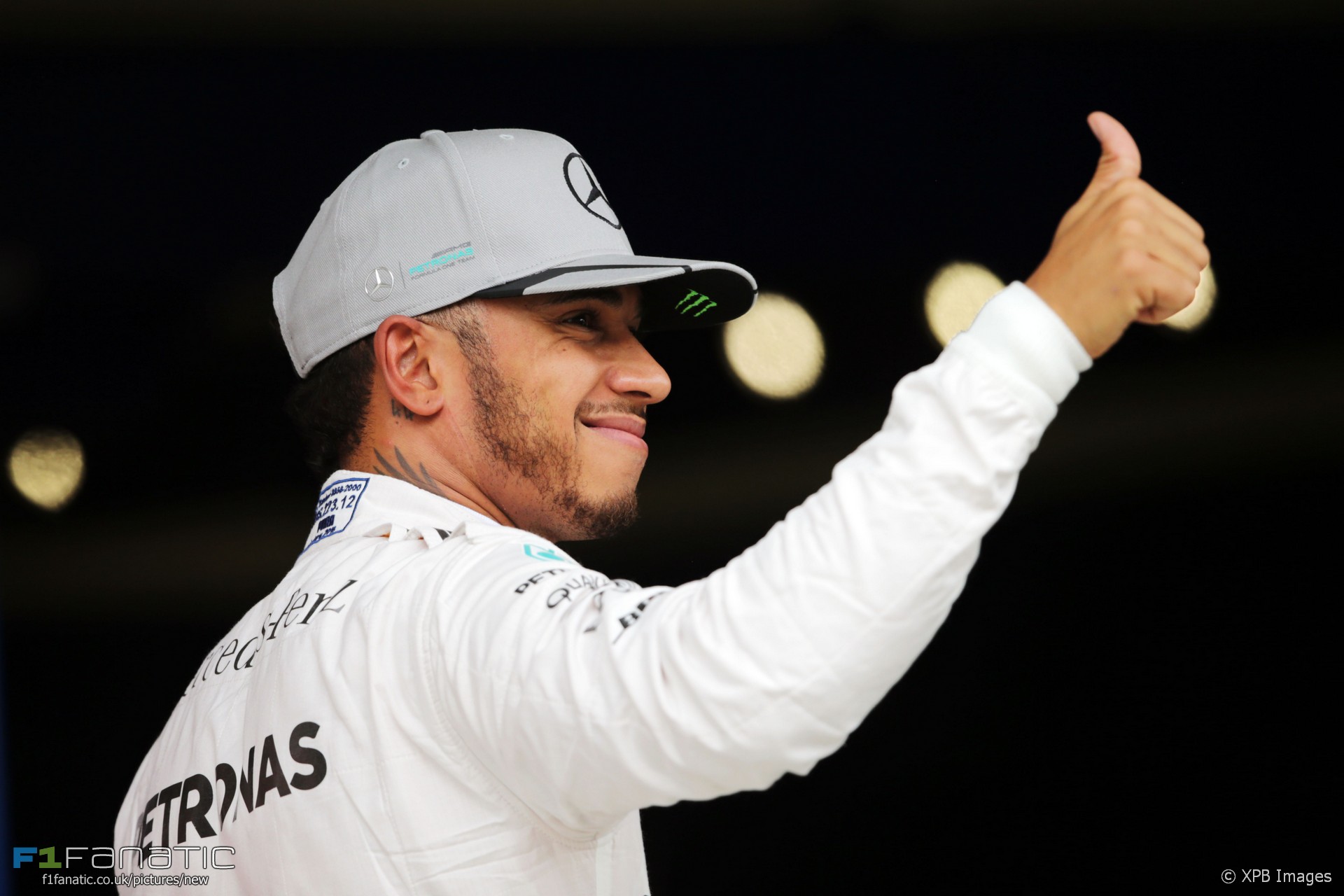 Lewis Hamilton has said his views on data sharing were not intended as a criticism of Mercedes or his new team mate.

The three-times world champion drew significant attention for remarks in an interview last week in which he complained his team mates “can see everything” about his approach to driving.

“If I can’t do it on my own then I’m not good enough and I don’t deserve to be there,” said Hamilton. “And there are some drivers that don’t.”

On Monday Hamilton said on social media he did not want his views taken as a criticism of his team.

“I wish to clarify, I have not hit out at my team at all,” he said. “My point on data sharing is solely my feelings about the sport in general.”

“It has been my feeling since the day I started F1 and still is ten years later. There is zero problems in my team, zero problems with [Valtteri] Bottas.”

Hamilton discussed his new team mate’s arrival during the same interview last week, saying it’s “not really something I think too much about”.

“I would say the most fascinating thing is the mind of my competitors, what limits they’ll go to. Some people will sell their mum to win a race, sell your soul, and some people will do other things and it’s interesting to see where Valtteri will go.”

“Finnish people generally are lovely, very calm, very relaxed so we’ve got lots of positives coming with him just being a Finn,” he added.

111 comments on ““Zero problems with Bottas” over data-sharing – Hamilton”