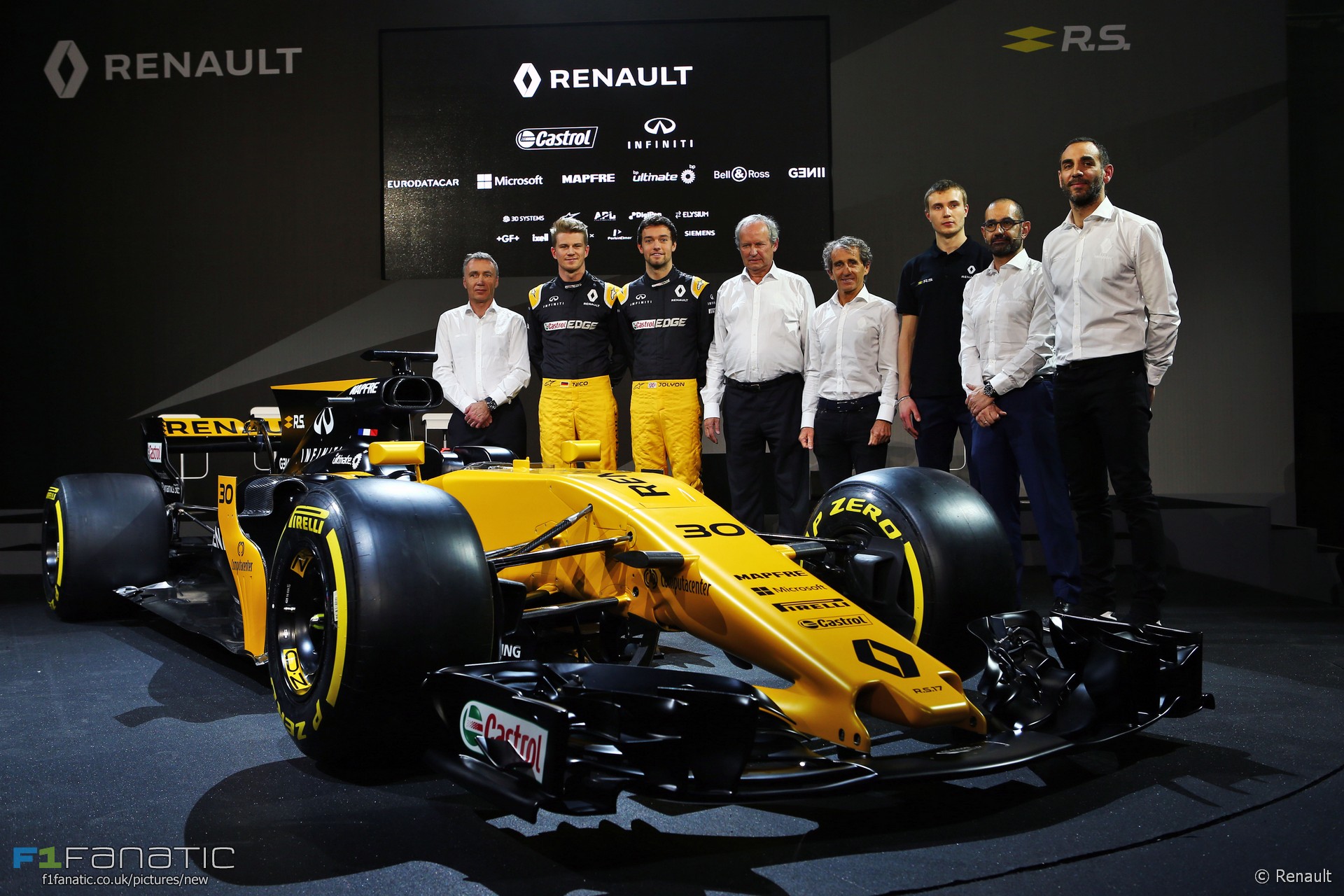 The first pictures of the new Renault RS17 for 2017 have been revealed.

The RS17 features a new Renault Sport brand identity with several areas of the car which were yellow now painted black. Renault says the new look will be used across a range of racing disciplines.

“It’s a beautiful car,” declared Renault Sport president Jerome Stroll. “The R.S.17 is the first car which Enstone and Viry have been able to plan and develop from the outset and we’re satisfied by the fruits of this interaction.”

Stroll said the team should achieve “a definite, tangible step forward in performance and results” in 2017. “Fifth position in the constructors’ championship is our goal,” he added. The team ended last year in ninth place.

“The expectations are significant, though equally, we are still growing and the fruits of new personnel and new infrastructure do take time to filter through. In terms of performance, we will be a lot faster than last year, that’s for sure.”

Chief technical officer Bob Bell also hinted at major gains in performance from the new car. “This is the chassis equivalent to the power unit regulation changes of 2014, and it’s certainly more fundamental than the last big chassis change in 2009.”

“The desire for the change was to make the cars a lot quicker and with a more modern appearance without compromising safety. The numbers we’re looking at for lap time improvement does represent a sea-change in terms of performance.”

Renault is heading into its second season since taking over the former Lotus team. Nico Hulkenberg has joined its driver line-up in place of Kevin Magnussen, while Jolyon Palmer remains for a second season.

Alain Prost, who won his final world title with Renault power in 1993, attended the launch in his capacity as special advisor to the team. The four-times champion predicted the new, wider generation of F1 cars reminded him of the old days, would increase the challenge for drivers and make the sport more spectacular.