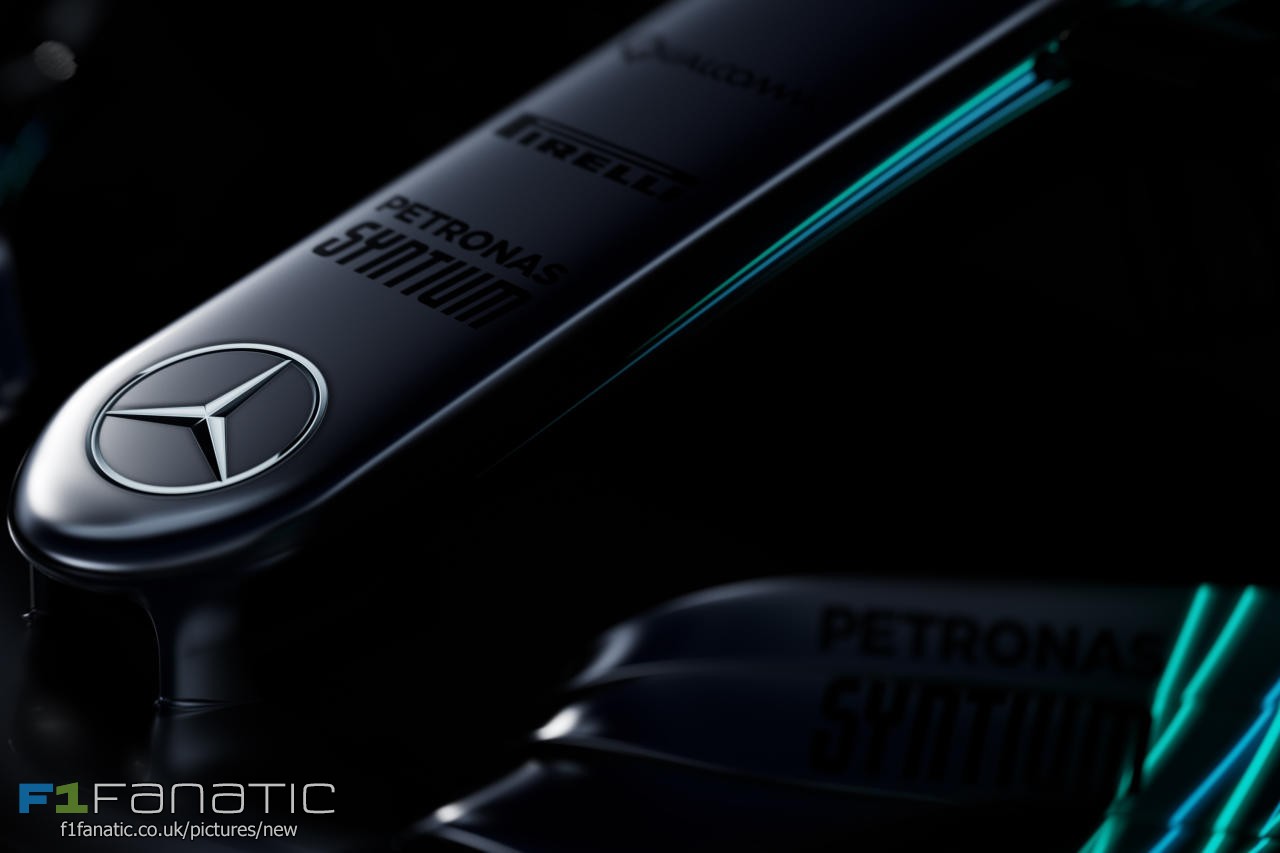 Mercedes has given fans a sneak peak at parts of its new Formula One car for the 2017 F1 season ahead of its official launch tomorrow.

The W08 is due to be formally unveiled at Silverstone tomorrow. However the world champions have presented a first look at the nose of their new machine.

The only significant detail which can be gleaned from this image is that the team hasn’t adopted the thumb-tip style nose used by many of its rivals. All three of the new cars for 2017 revealed so far – the Renault RS17, Sauber C36 and Williams FW40 – feature this style of nose.

Mercedes has also published an image of the car’s sidepod with its engine cover in the background.

The full car will be seen for the first time at 12:10pm tomorrow. Force India will be the next team to launch its car at 2:00pm today. F1 Fanatic will be attending both launches to bring you the latest from the teams ahead of the new season.