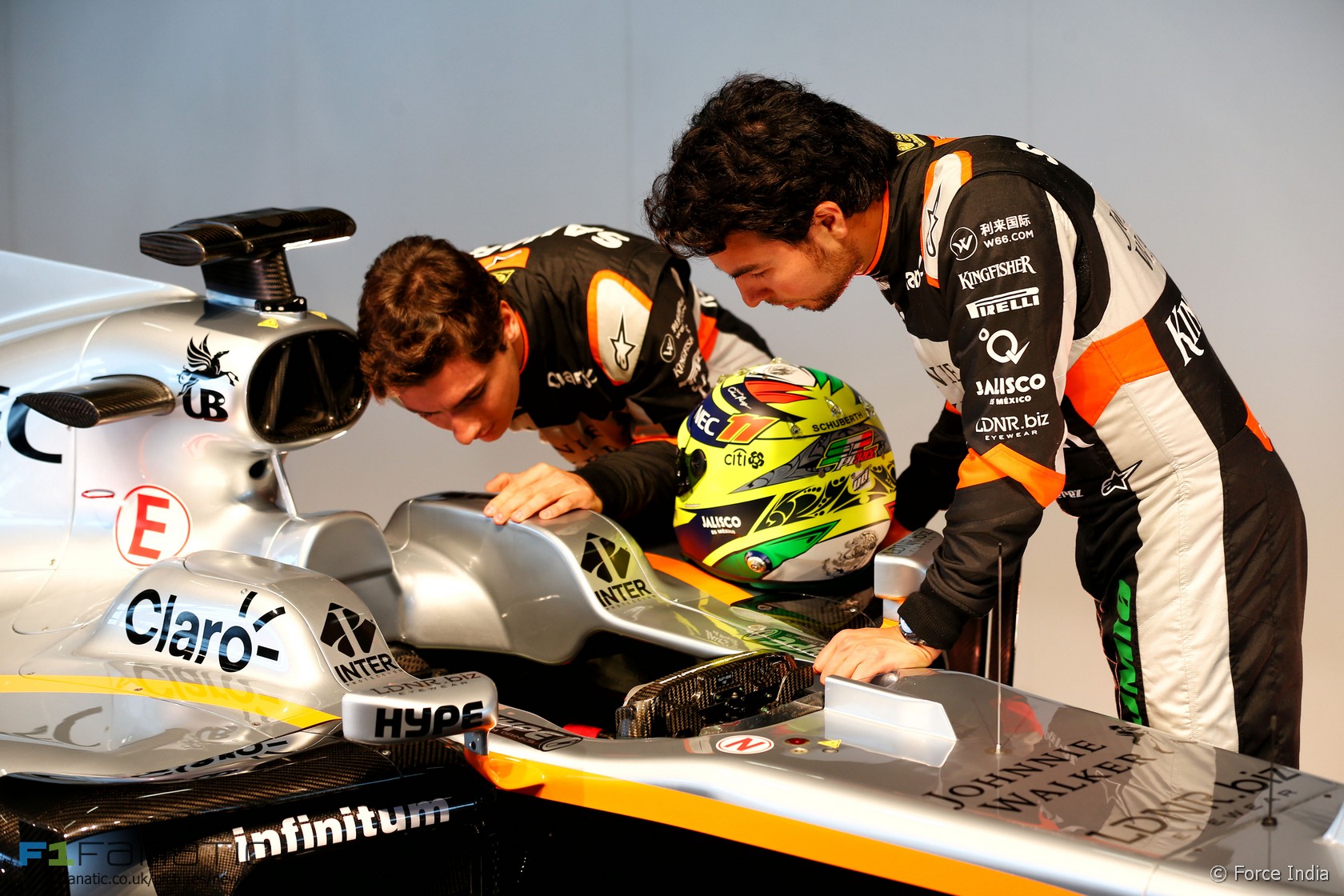 Esteban Ocon says the new generation of Formula One cars will handle more like Formula Three machines, which he thinks will play into his hands.

Speaking to F1 Fanatic at the launch of Force India’s new car today Ocon was enthusiastic about whether F1’s move to higher-downforce cars will complement his driving style..

“When I went into GP3 I struggled a little bit more. GP3 style was more like Formula One style from 2016 or 2015. More power and les grip. Now it’s more grip and less power, I prefer that.

Ocon explained how the drivers will have to change their approach in cars which are expected to produced considerably more downforce.

“But more than that I think the physcialy point of view will be much harder than the previous years.

“It was hard already the last years but I think it will be twice as hard this year.

Another change to the driving experience in 2017 will come from the tyres. F1’s official tyre supplier Pirelli has been asked to produce wider and more durable rubber this year.

“This everyone will like,” Ocon admitted, “to have less deg is better”. But, he added, “it’s not one hundred percent sure we will have less deg. Let’s see first.”

Concerns have been raised about how overtaking will be affected by the new changes. Ocon pointed out that increased drag will make it easier for drivers to catch each other on the straights, “but then also bigger understeer in the corners”.

“For overtaking, no, it will not make a difference. Because also World Series is difficult to overtake and it’s Michelin tyres.”